What History Has Taught Me: W. Michael Farmer, Author 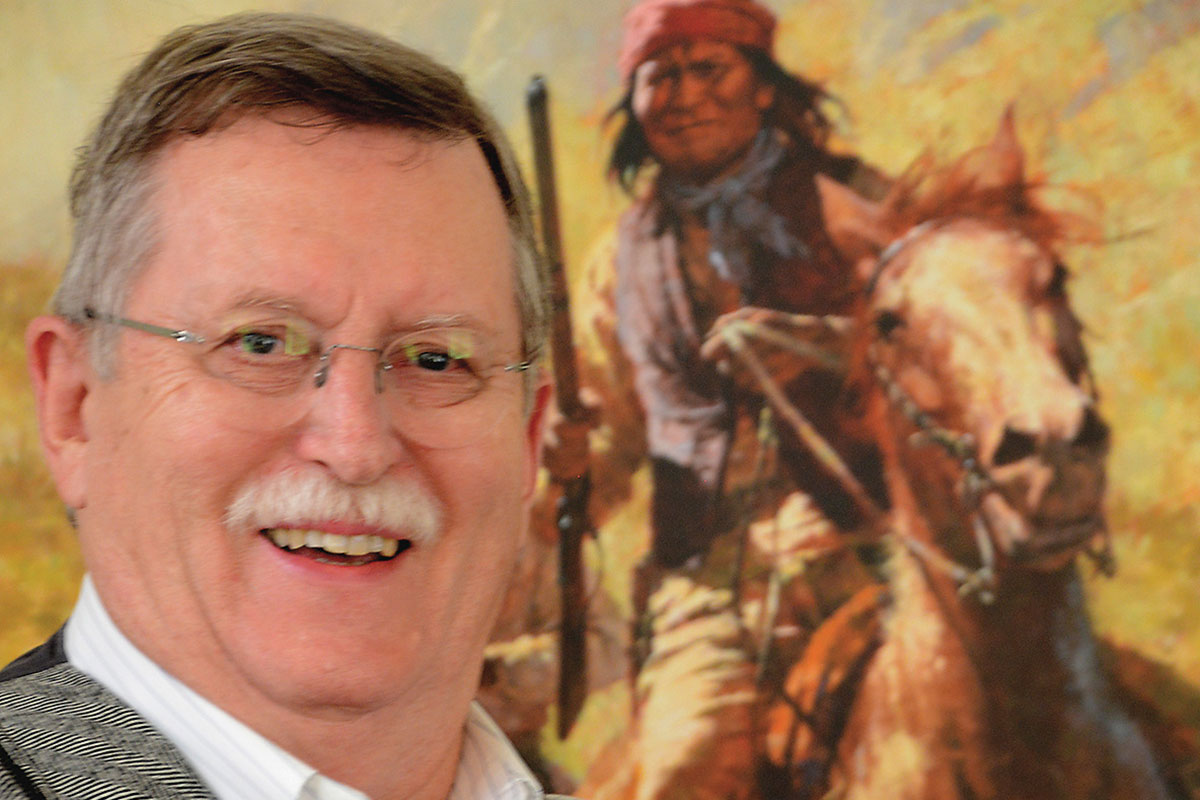 Don’t get me started on the outrageous injustices done to the Chiricahua Apaches by the Federal bureaucracy, Congress and the U.S. Army after Geronimo surrendered.

The best Western for my money is The Searchers. The 1956 John Ford film is, I think, an insightful portrayal of the courage and price paid by settlers with nerves of steel trying to survive and make a place for themselves in a hard, unforgiving land that is so large a tribe of nomadic people could steal their children and disappear for years.

The two best books on Geronimo and the Apaches provide two distinctly different points of view. They are a classic academic biography, Geronimo, His Place, The Man, His Time by Angie Debo and an oral history, Indeh, by Eve Ball, Nora Henn and Lynda Sánchez.

My dad always told me to “do it right the first time.” He was a machinist and mechanic and knew the costs and delays of hurried work that failed to check every measurement and anticipate every cut needed for quality work.

You can’t understand the Geronimo story unless you understand Apache culture and the major events that formed his life.

No one knows more than Lynda Sánchez about Mescalero culture and the Apaches who never surrendered and disappeared into Mexico after Geronimo surrendered. She’s a national treasure.

I got interested in Apache history when
I began writing the fictional story about the Fountain murders and needed an unseen, unknown man, who admired courage to save eight-year-old Henry Fountain from freezing to death the day his father was murdered. A Mescalero off the reservation in the right place at the right time filled the bill.

Most people don’t know I’m also fascinated by atmospheric optics and even wrote a graduate level, two-volume set of books about atmospheric effects on remote sensors.

My favorite place in the West to visit is the Sacramento Mountains in southern New Mexico.

My favorite music is folk, bluegrass and 60s and 70s rock ’n’ roll.

I started studying history when I was ten. After watching Western movies about the U.S. Army and their battles with Indians, I wanted to know more and began reading about the life of the Plains Indians, their battles with the settlers, and how they were forced onto reservations. It was then I learned the movies didn’t quite match up with what the books were telling me; of course the books didn’t always get it right either.

The best advice I ever got was  to “do the right thing.” I heard that advice every day for 15 years from an Army boss I supported as a metrics analyst for the Army Distributed Learning Program.

History has taught me that regardless of culture or time, human beings are very much the same, and that there are exceptions to every rule.

W. Michael Farmer, Author.
W. Michael Farmer’s in-depth historical research and Southwestern experiences fill his stories with a genuine sense of time and place. He has published award-winning novels, short stories in anthologies, and essays, including Killer of Witches, Mariana’s Knight and Blood of the Devil. TwoDot has published Farmer’s two books on the Apaches: Apacheria: True Stories of Apache Culture, 1860–1920 (winner of the 2018 New Mexico-Arizona Book Awards for Best New Mexico Book and Best History–Other) and the recently released Geronimo: Prisoner of Lies, Twenty-Three Years as a Prisoner of War, 1886-1909.