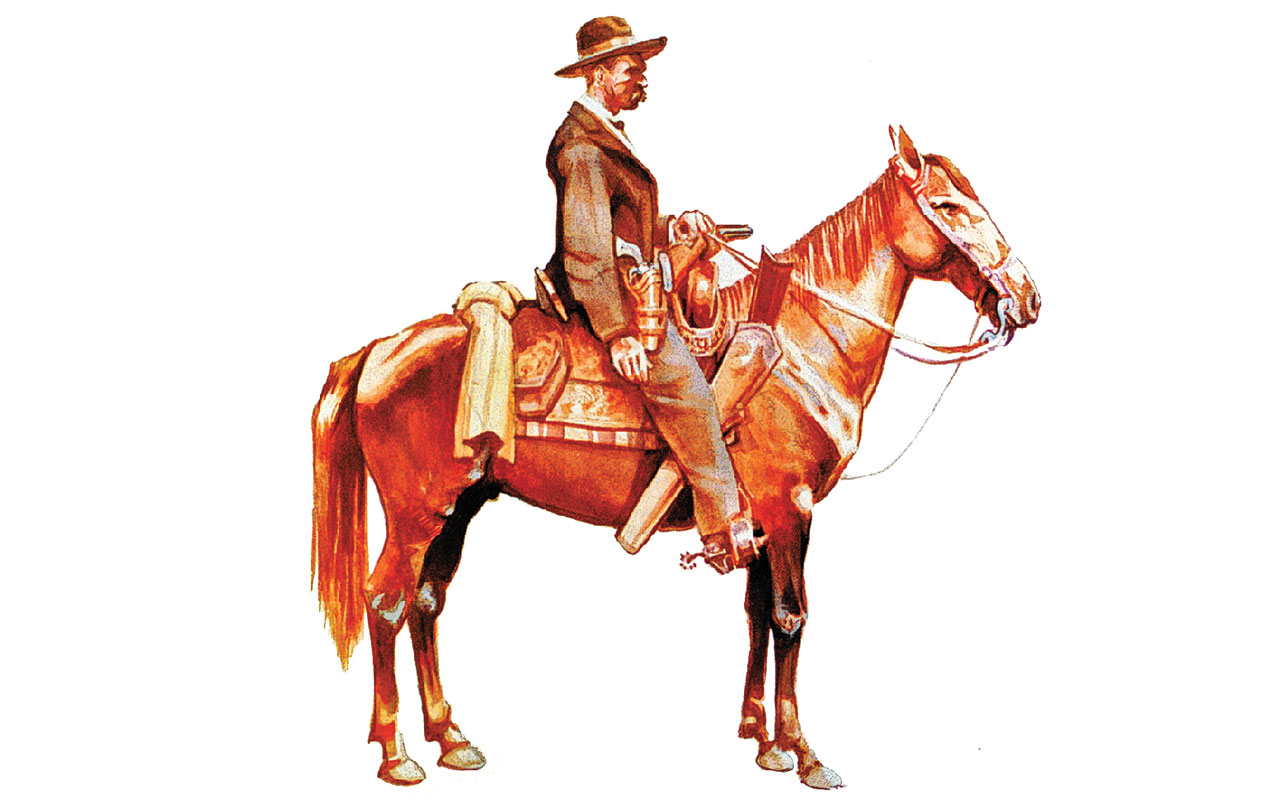 It seems Dick Naylor just disappeared from the pages of history. We know he was Wyatt’s favorite racehorse. Billy Clanton stole him soon after the Earps arrived in Tombstone. Wyatt retrieved him several months later in Charleston, and Virgil was riding him the evening Billy Claiborne was being transported to Tombstone after killing a man in Charleston.

Wyatt had a lot on his plate in the coming months and his stallion isn’t mentioned. Was he riding him on his vendetta? Is he the horse who tried to unload Wyatt at Cottonwood Springs? He didn’t have him when he and Doc left Arizona. Did he give/sell him to one of his friends on his posse? Wyatt did a lot of wheeling and dealing when he was in Tombstone. Apparently, he didn’t feel it was worth mentioning.

The career of a racehorse is short so it’s likely Wyatt sold him after his racing days were done, or before. Dick Naylor seems to have had no role in the Cochise County War, but then neither did any of the other horses. He could have sold him to a rancher like Henry Clay Hooker to use as a stud for his mares at the Crooked H. Or, horrors, sold him to some dude who’d geld him for his kids to ride—a terrible end for a stallion named Dick Naylor.

When did the first autos appear in the Wild West towns?

Because the land around Dodge City was more “automobile friendly,” there would have been more cars there and earlier than in the rugged hills, canyons and mountains of Arizona. The first horseless carriage or “gas buggy” didn’t arrive in Arizona until 1899 when Dr. Hiram Fenner of Tucson had one shipped in on the Southern Pacific Railroad. It was a Locomobile. Dr. Fenner also has the distinction of having the first wreck. His Locomobile got away from him and crashed into a saguaro cactus.

The first auto to arrive in Phoenix was in 1902. It would have also been shipped by rail. There were no gas stations, so fuel had to be purchased at a drugstore. Repairs were done at the blacksmith’s.

There is a U.S. National Forest map “The Apache Kid Wilderness” that shows the Apache Kid’s gravesite. Is that accurate?

According to Lynda A. Sánchez in her February 2019 True West article “The Final Nail in the Apache Kid’s Coffin,” the Apache Kid was killed in a November 1900 fight with Mormon settlers in Chihuahua, Mexico. According to the settlers, they buried the Kid and two others in a common grave in the Sierra Madre. But that grave has not been rediscovered since then.

Do you know how the term “Code of the West” originated?

The “Code of the West” was born with the silver screen cowboys. It was first chronicled by Zane Grey in his 1934 novel, The Code of the West. No written code ever existed, but an unwritten, socially agreed upon set of informal laws shaped the cowboy culture.

Did a youngster named Al Smith name Hole in the Wall?

It looks that way. I went to some of the experts on it—Dan Buck, Linda Womack and Donna Ernst. They all suggested I contact Mike Bell in the UK for the final word. He sent info from a clipping from the papers of J. Elmer Brock, published as Powder River Country, in Kaycee, Wyoming, in 1981 and edited by his daughter Margaret Brock Hansen.

According to Elmer Brock, several of the neighbors had gathered at the Brocks’ on mail day. Someone asked young Al Smith where he got his mail. He replied, “just from a hole-in-the-wall.” The name stuck and it referred to the whole valley behind several miles of red sandstone bluffs called the “Wall.” This occurred in 1895.

Contrary to popular belief, Butch Cassidy never made his headquarters there. He certainly passed through at different times because the local people knew him. At no time was there a big force there—more than a dozen—of organized “rustlers” in the Hole.