Pioneers and Their Pies 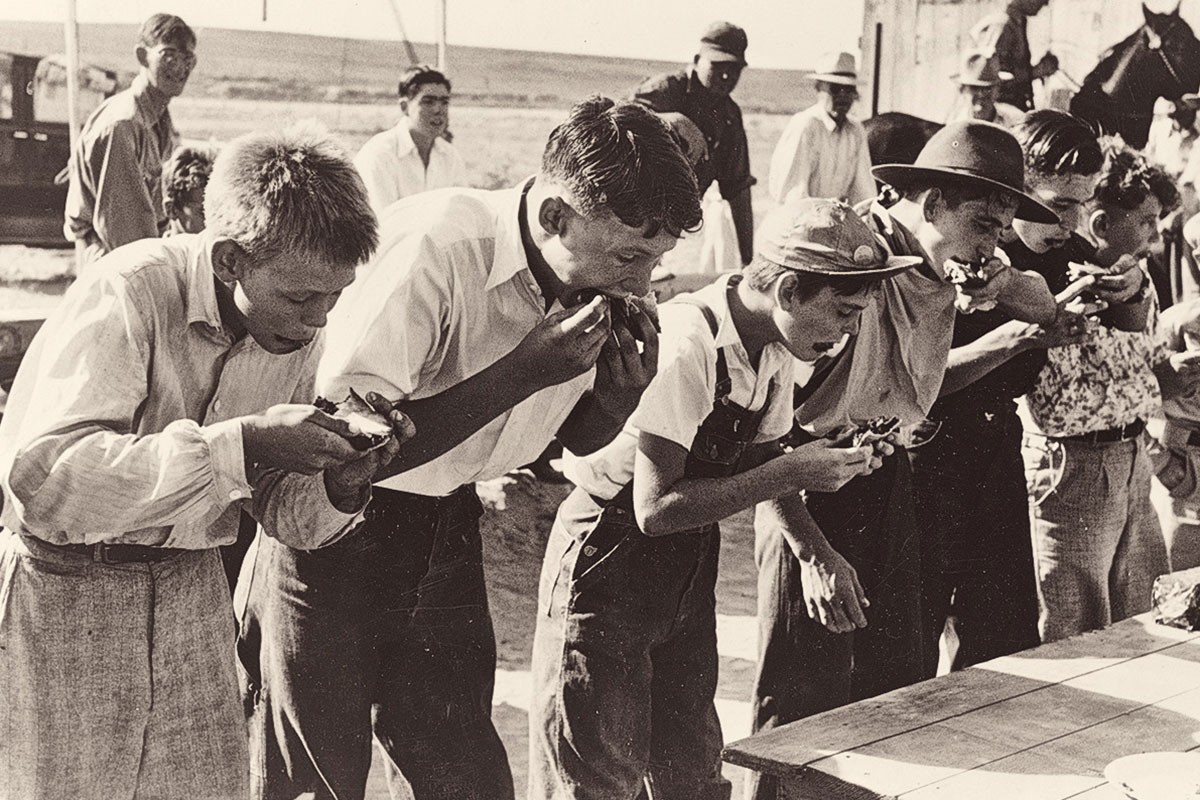 Pie is as synonymous with the West as whiskey. Who doesn’t picture a buckboard jostling down a dirt road to a shady picnic spot and a basket filled with fried chicken and pie? This tasty food staple became an American tradition as soon as the settlers landed. It was later packed up as pioneers headed west. Pie became popular with pioneers because they were practical, economical and transportable. Both sweet and savory pies graced the tables of pioneers and appeared at church socials, celebrations, picnics and fairs.

Pie was also popular at restaurants and even had its own section in their bills of fare. These tasty delectables came in varieties including chicken, lamb, oyster, blueberry, currant, custard, huckleberry, lemon, mince, apple, buttermilk, sweet, squash and many more. Diners were often given dried fruit pies because of limited growing seasons, but knew they were getting one with fresh fruit if the pie had the term “green” before it, like green peach pie.

Miss Nettie Spencer was an Oregon pioneer who lived there in the late 1870s and recalled pies at a celebration. In a 1938 WPA oral history interview she said, “The big event of the year was the Fourth of July. Everyone in the countryside got together on that day for the only time in the year. Everyone would load their wagons with all the food they could haul and come to town early in the morning. On our first big Fourth at Corvallis, Mother made two hundred gooseberry pies. You can see what an event it was.”

Pie started getting a bad reputation toward the late 1800s and was credited with causing stomach disorders. The use of oleomargarine versus butter was also suspected. The Chetopa Democrat in Kansas made a paradoxical suggestion and advised their readers to make crustless pumpkin, squash, custard or coconut pies. They wrote, “sans crust sans dyspepsia” and noted that a healthy pie could be made by buttering a pan and lightly sprinkling cornmeal over it.

If you want to sample some yummy pie and take in some history, try the Irma Hotel in Cody, Wyoming, for some amazing cherry and blueberry. Pop into Bobkat’s Purple Pie Place housed in an 1881 house in Custer, South Dakota. While there, sample the sweet bumbleberry or savory chicken pot pie. If Independence, Missouri, is
in your travel plans, then stop by the Courthouse Exchange, established in 1889, and sample Sally’s sweet homemade seasonal pies or the chicken pot pie. If you’re in Balltown, Iowa, be sure to visit Breitbach’s, which has been serving pies since 1852, and still uses the same recipe for their apple and raspberry varieties. If you’re traveling between Prescott and Phoenix, Arizona, be sure to stop at Rock Springs Café and sample some of their pies in a location that’s steeped in history. Their bourbon-pecan pie is made with local pecans and is from a very old recipe.

Can’t make it to one of these places to sample some pie? Then try making this cherry pie from the Irma Hotel and transport your taste buds.

Line a pie pan with one crust and add the filling. Place the other pie crust on top and use a fork to pinch and seal edges together. Brush the top with egg yolks. Bake at 350 for 50 minutes.