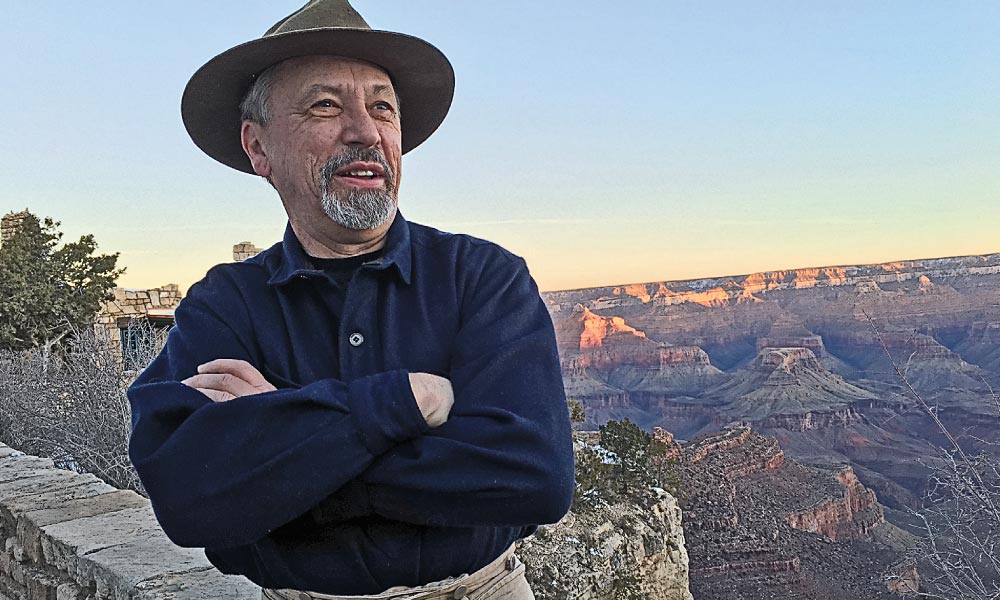 Without the 1950s’ ABC series, The Adventures of Rin Tin Tin, I probably would have taken an entirely different career path, especially after our family relocated from the Midwest to Arizona.

My more than 40-year career has allowed me to explore and be inspired by historic sites in the U.S., Canada, Europe and Asia, but two major ones remain on my bucket list: San Juan Hill and Normandy.

Gene Autry once announced at a museum board meeting that he intended to sell the Los Angeles Angels to buy something better—the Mustang Ranch, a brothel in Nevada. Then a big smile covered his face. He had just put one over on all of us!

It is always a thrill to unearth a hidden past and share it with others.

The more I study history, the more I realize how little
I know.

One of the best pieces of advice I ever heard is: “When you are in a room with a group of people, seek out the oldest ones and talk to them about their experiences.”

If only I had Mark Twain’s talent to turn prose into
pithy poetry.

Among the many priceless things my daughter has gifted me was a postcard (not a text or Tweet) with Roy Rogers on the front and a note on the back that read: “…I miss the whole wild west thing you introduced to me when I was little.”

I have no clue how many Westerns I have watched. I have to confess, like the Clint Eastwood Oater, they run the gamut of the good, the bad and the ugly.

Working in TV and movies was an unexpected part of my experience that allowed me to meet some of my silver screen heroes, including Woody Strode, who, literally, was bigger than life. I helped him secure a role in 1993’s Posse.

For 1993’s Geronimo: An American Legend, I was asked, “Could you modify an actor’s cavalry hat with a leather hatband to set him apart?” My response was, “John Wayne never needed to do this. Why not give your actor acting lessons?”

Despite my passion for the Old West, To Kill a Mockingbird is my favorite book.

My frequent road trips have prompted me to take my cousin’s advice to listen to books on CDs. They keep me occupied as the miles roll by. I currently am listening to J.A. Jance’s Queen of the Night, while driving through areas mentioned in this whodunit.

On my border-to-border Buffalo Soldiers book tour I will be able to revisit some favorite haunts and take in new places as well.

One of the three projects I am working on now is “Hollywood Horse Soldiers: The U.S. Cavalry in Film, TV and Popular Culture.” But that should be no surprise for someone who admits he grew up with Rin Tin Tin!