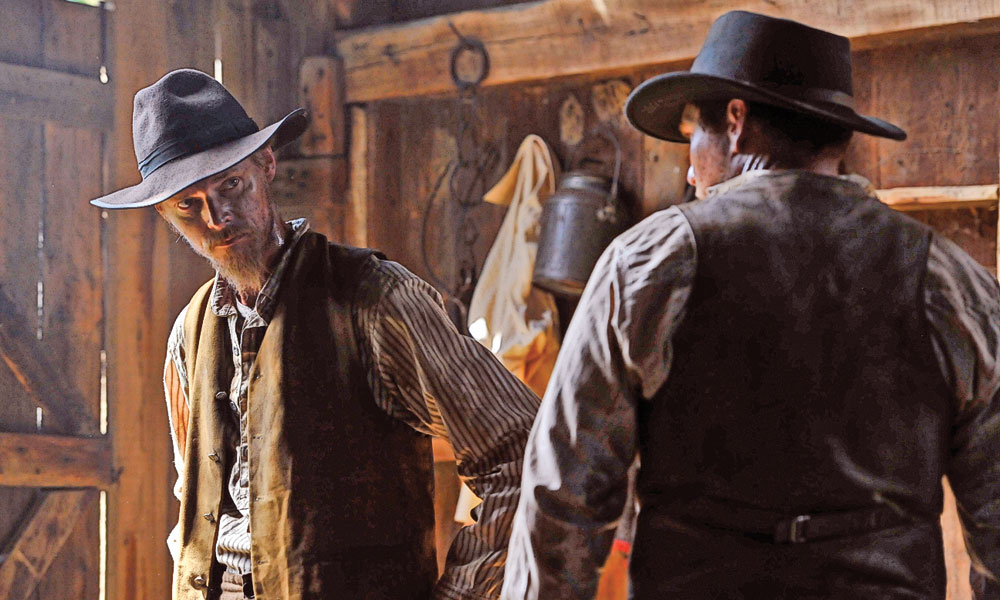 A documentary series on our nation’s frontier history airs this summer and, yes, it too focuses on legendary characters Jesse James, Billy the Kid, Crazy Horse, George Custer, Sitting Bull and Wyatt Earp. We will forgive you for rolling your eyes.

AMC concluded five seasons of its hit Hell on Wheels this summer by moving up an eight-episode documentary series, The American West, which premiered June 11 and will run for eight weeks. Partnered with Stephen David, the man who made the series possible is Robert Redford, who has become legendary in the Westerns genre for his roles, the Sundance Kid and Jeremiah Johnson, and for directing 1992’s A River Runs Through It and 1998’s The Horse Whisperer.

The first of this sort of miniseries, the excellent The Wild West, narrated by Jack Lemmon and voiced by a score of fine actors, aired on the A&E Network in 1993. Every year or so since, something similar comes along.  Each show has redundantly focused on the same less than a dozen “star” characters.

In recent years, Gunslingers or Bill O’Reilly’s Legends & Lies standardized the Ken Burns documentary format: talking head shots of historians, voice actors reading journals and historical photographs optically panned to give a sense of movement.  The one notable addition over the years is an increasing amount of historical re-enactment scenes.

The surprise is that, without straying too far from this now-familiar approach, Redford’s series is a major cut above most. One difference is clearly money: this series leans heavily on re-enactment scenes, and the photography, including carefully lit nighttime shots, is stunning.  The scenes look like Western movies—big-screen Western movies. Soldiers and civilians are well-played by re-enactors, enough extras were on hand for battle sequences and, most important, the speaking characters are not played by re-enactors, as they often are in documentaries, but by professional actors.  While cast for resemblance, and against distracting familiarity, many have notable credits.  David H. Stevens, who plays Jesse James, was the lead in 2011’s fine faith-based Western, Redemption: For Robbing the Dead.  Ric Maddox, who plays Pat Garrett, starred in the 2011 independent Western Renegade and the recently completed Dead Men.

While about half of the commentary is by historians, including True West’s historical consultant, author Paul Andrew Hutton, the rest is offered by marquee-name stars: Redford,  who is extremely knowledgeable about the history of the West, and his co-commentators, Kiefer Sutherland and Tom Selleck. They are joined by Mark Harmon, Burt Reynolds, Ed Harris and Danny Glover, as well as Arizona Sen. John McCain and former New Mexico Gov. Bill Richardson.

What distinguishes The American West is, rather than having the “Wyatt Earp Episode,” the series attempts to give the viewer the “big picture,” featuring the bigger-than-life characters within their true context in the overall history.

For instance, here is how the docudrama presents Jesse James: With the end of the Civil War, former general and now U.S. President Ulysses S. Grant is faced with trying to heal the schism between the North and South. Bitter Confederates who came home to nothing but defeat, poverty and humiliation are exemplified by Jesse James, an unhinged guerrilla for whom the war has never ended.  Southern lawlessness leads Grant to declare martial law, which infuriates and emboldens more ex-Confederates. In response to the unrest, Grant opens the frontier to settlement. The “vacant” land has been home to Indians for generations, and when they find themselves being squeezed out, Crazy Horse and his followers fight back.  Grant’s army is soon fighting a two-front war, against the Southerners and the Indians. Grant supports the Transcontinental Railroad that promises to hasten settlement of the land, creating a new field of endeavor for the James boys—robbing trains.

On the surface, the history appears good. But when, to move the story along, history is painted in hurried strokes, confusion results: for instance, you get the impression that the Transcontinental Railroad was Grant’s idea, when Abe Lincoln authorized it. While featuring the man you love to hate, Union Pacific boss Thomas Durant,  the depiction of the railroad’s construction is so truncated that viewers may not understand that Durant was in a race with the Central Pacific—the series makes it sound like his company is building the entire Transcontinental Railroad.

While not shocking by current movie standards, for a documentary, some of the violence is surprisingly graphic.  When James is shot in the chest, you see the blood pumping through the wound.  When he later shoots a banker point-blank in the face, the back of the banker’s head bursts, splattering blood on the wall behind him. The degree of realism is startling, but feels appropriate for a program taking an unflinching look at an exciting, but deadly, time in our history.

History’s appeal is strongest among mature audiences, but producers Stephen David and Tim Kelly have a flair for telling good history that draws in a younger demographic as well: one-third of their History Channel miniseries, 2015’s Sons of Liberty, was made up of 18- to 49-year-olds. With The American West, they may well do it again.