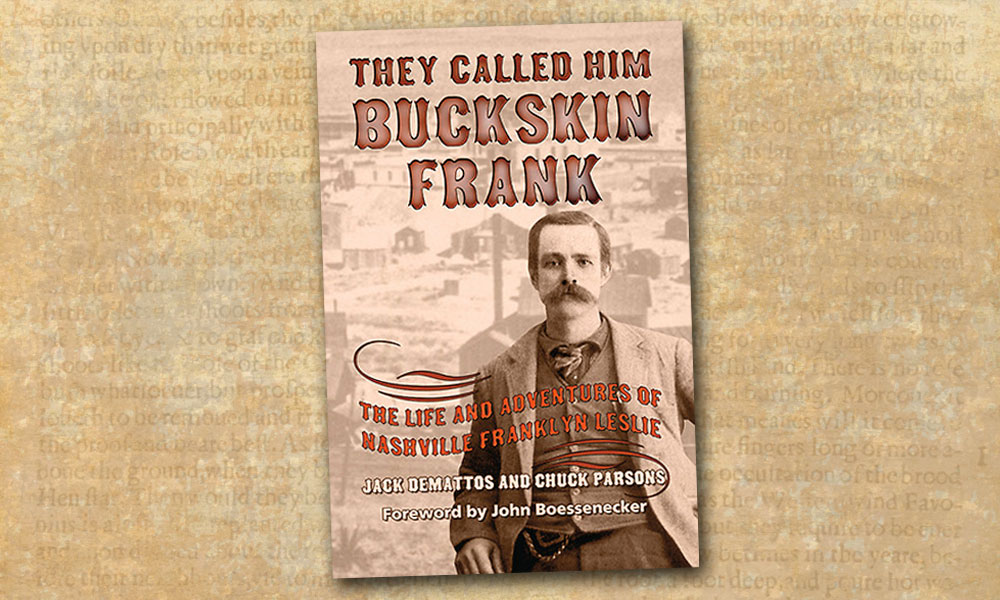 Buckskin Frank Leslie is one of the great names in Old West history, but there’s been no full-length biography of the man—until now. Historians Jack DeMattos and Chuck Parsons have taken up the challenge with They Called Him Buckskin Frank.

It was a challenge; almost nothing is known of Leslie until he was 26 years old and working in a San Francisco saloon in 1878. But he made plenty of news when he moved to Tombstone in 1880, becoming a colorful figure with notches on his gun.

The authors chronicle what is known of Leslie’s life, dispel the legends, and have come up with an important and readable bio.