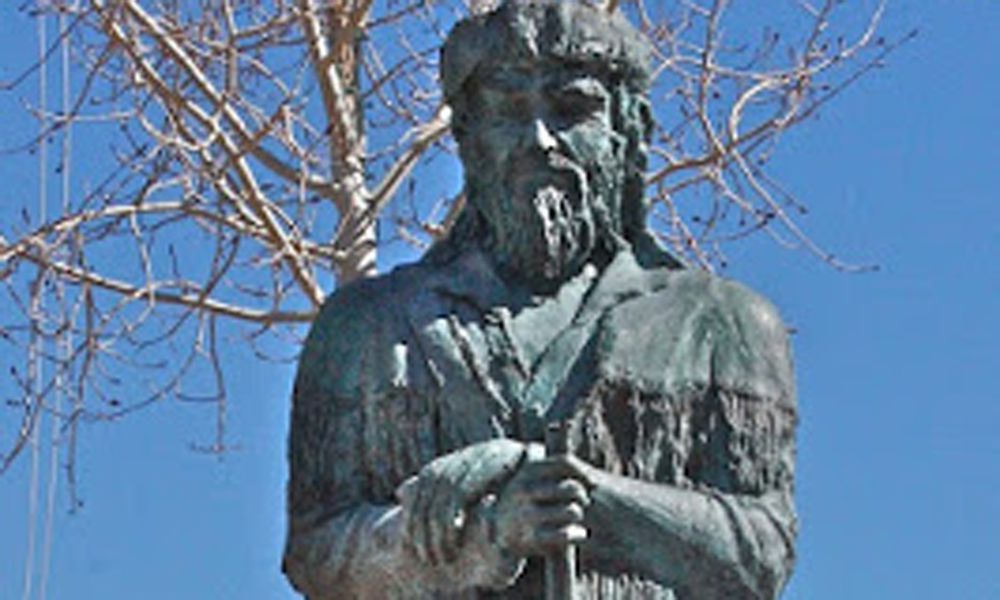 The Free Trapper was a uniquely American innovation in the fur trade and were known as the “Aristocrats” of the trade. They could go where they pleased, trap wherever and whenever they wanted and could sell their furs to the highest bidder.

Their favorite weapon was muzzle-loading Hawken rifle made by the Hawken brothers, Samuel and Jacob, of St. Louis. They didn’t mass produce their rifles but hand-made them one at time. They were also called “Rocky Mountain Rifles” and had a shorter barrel and a larger bore than the Kentucky rifle. They were typically .50 to .54 caliber and weighed 10 to 15 pounds. The heavier ball could knock down a grizzly bear or bison at up to 200 yards but they had an effective firing range of twice that.

They packed a generous supply of spare locks and flints; or copper percussion caps depending on what kind of rifle they carried, a flintlock or percussion cap. There was a debate between which was best, percussion caps or flints. One could always run out of caps in but flint stone was easy to find in the mountains. On the other hand flint was useless in wet weather. It was a matter of preference but most used the percussion cap which became available in the early 1820s.

His other necessities for the year included: 25 lbs. of powder and 100 lbs. of lead, a supply of flour, salt, coffee, tea, several skinning knives, several plugs tobacco and a pipe. If he could read he’d likely have a Bible or something by Shakespeare.

He also needed a half-dozen traps, weighing five pounds each and sold at twelve to sixteen dollar apiece.

Often times, for safety purposes they would band up voluntarily with other free trappers. A party of trappers would pick an open area where they could find plenty of game and water for a base camp. They would then go out in small groups looking for beaver “sign.” The beaver, being a very clever fellow made trapping very difficult. When finding sign the trapper would have to wade in the icy water some distance to escape detection by his wary adversary. He would set his trap and bait it.

The trap was secured by a five-foot chain attached to a stake driven into the stream bed. The trapper must set the trap deep enough beneath the surface to drown the beaver. The trap is baited with castoreum he kept in a wooden bottle. It comes from a gland near the beaver’s genitals and the scent will attract another beaver.

The trapper daubs the castoreum on an adjacent twig driven into the stream bottom. If all goes right the critter will approach the twig and place a foot on the submerged bait pan that triggers the trap and the jaws clamp down on its paw. When the beaver tries to escape it would find itself held fast by the chain that’s attached to the pole.

A beaver can survive under water for fifteen minutes and it wasn’t unusual for a 40 lb. beaver to gnaw off its paw and escape.

Of all the free trappers who worked the rivers, ponds and streams from the Canadian border to the Gila River the truest aristocrat of the trade and most colorful was the intractable, intrepid Old Bill Williams.

He was a stubborn, eccentric old man obligated to nobody but himself. Old Bill (it seemed he was born old) survived many years in a wild, untamed land that claimed so many of his contemporaries.

In a land where no one went trapping alone, he did. And, “Old Solitaire,” as they called him, always returned with his mules loaded with beaver pelts. The Indians called him “Lone Elk.” He always knew when to make a stand and when to make a run for it, no doubt the reason he managed to survive in the mountains so long.

Bill was born in North Carolina in 1787, the fourth of nine children and served with the Mississippi Mounted Rangers during the War of 1812. After the war he became a preacher and went west as a missionary to work among the Osage Indians but it seems they converted him instead. He’d spent much of his you living with the Osage where he learned to hunt and trap. In 1821 he produced a 2,000 word dictionary of the Osage-English that was later published as a book. Much of his time was spent assisting the tribe as an interpreter in their dealing with the whites. He married an Osage woman, Wild Blossom, the daughter of a chief and was adopted into the tribe. They had two daughters, Mary Ann and Sarah. When his wife died Bill sent his daughters to school in Kentucky and headed for the mountains. Later he married a Mexican women who bore him a son, Jose, in 1834 and then a Ute woman. The Utes adopted him into their tribe.

When he was in the camps of the trappers he delivered many a fire and brimstone sermons to his fellow trappers around the campfires. They were always highlighted with enough profanity to make a muleskinner blush. Naturally, the trappers took as a matter of course.

Bill was a thin, redheaded man who stood over six-feet tall. His body was battle-scared and gaunt; his face was weather-beaten and pockmarked from a childhood disease. His voice was a high-pitched and sounded more like a cackle. Bill had a peculiar way of walking—it was described as more of a stagger and it was said he never walked in a straight line.

He was once accused by John C. Fremont after his disastrous Fourth Expedition of being a cannibal but there’s no evidence to prove the claim. Williams and others had warned “Great Pathfinder,” to no avail to not try to forge a trail across the Rockies in the winter but the bull-headed Fremont wouldn’t listen costing the lives of ten men. To rescue his reputation Fremont laid the blamed on Bill.

Old Bill didn’t seem to care what others thought. He preferred to travel alone anyway, preferring the company of his mule, with whom he kept a steady, unilateral conversation.

He rode with his stirrups high causing his bony knees to be up somewhere around his chin. He rode leaning forward in the saddle causing him to resemble a hunchback on horseback.

Even among a breed where eccentricity was a way of life, Ol’ Bill was considered a bit quirky.

Bill called his rifle, “Kicking Betsy” and he could shoot with unerring accuracy. He fired the heavy piece with a “double wobble.” He’d let it wobble back and forth past his target and at just the right time he squeezed the trigger. They said he never missed and always bet on himself in shooting matches.

Bill was also the West’s first horse thief and he was a good one. California had splendid horses by the thousands and in the Rockies good horses were scarce and in demand. Indian and white alike would pay premium prices for them.

Despite his idiosyncrasies Bill was well educated, being home schooled by his mother in North Carolina.

They said Old Bill had more lives than a cat, surviving one hair-raising adventure after another. His luck finally ran out after thirty years in the mountains when on March 14th, 1849 a war party of Utes killed him in southern Colorado.

Arizona honors the old mountain man with a river, a mountain and a town named in his honor. A eight foot tall bronze statue by B. R.  Pettit of Bill greets visitors at the west end of town in Williams on old Route 66.

These trappers and their contemporaries were the embodiment of free spirit and independence. It’s a good bet they were the first and the last who were truly beholden to no man.   They were rebels against the restraints of society and chose to live their lives in the vast unknown where death could come at any moment in a variety of ways. Many returned to society, only partially, to serve as guides for the immigrant wagon trains that came west in the 1840s and 1850s. Today’s railroads and superhighways cross mountains and deserts that follow the trails they opened up.

It’s ironic that men who sought a sanctuary in the West would be the ones who led the society they despised into their final refuge.