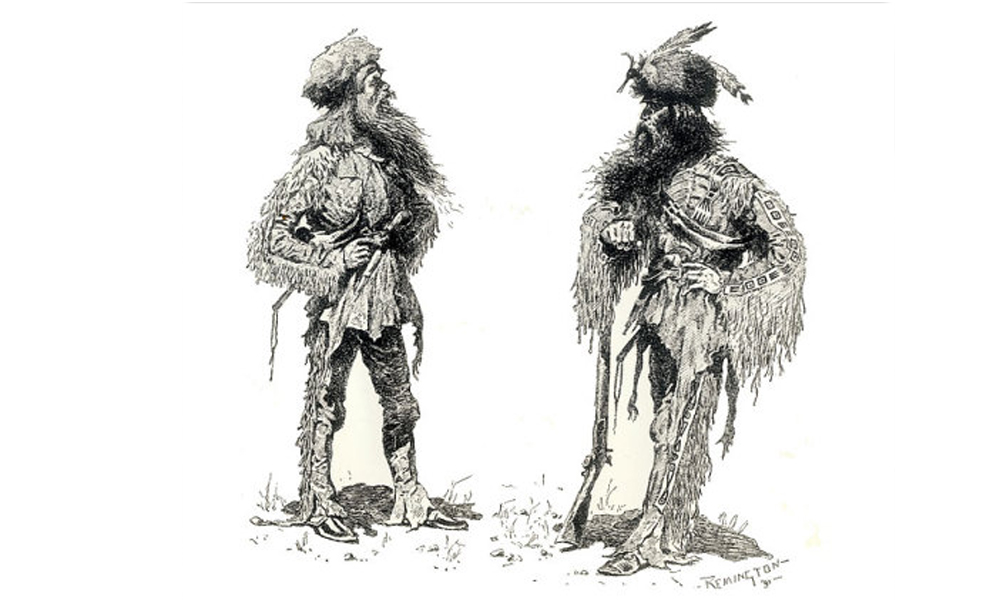 Like gold dust in the mining camps, beaver fur was the medium of exchange in the mountains. In 1825 William Ashley came up with an idea unique to the fur industry that came to be known as the rendezvous system. Previously the trappers had to transport their furs to St. Louis by boat or on foot. Ashley’s plan was simple; he would purchase the supplies in St. Louis and transport them to the mountains to a location that was determined the previous year. It might be Pierre’s Hole, Jackson’s Hole or Brown’s Hole. Trappers would flock to the rendezvous from all over the west leading their fur-laden pack mules. Friendly Indians arrived and pitched their teepees. There might be as many as a thousand Indians and trappers gathered at what became known as the “Rocky Mountain Fair.”

Like modern day shopping centers the merchants took the goods to the customers. The advantage to the trappers was convenience and to the traders it was extremely profitable. The prices were exorbitant, as much as a 2,000% markup. The trapper and the Indian had two choices; pay up or do without. Alcohol purchased in St. Louis for fifteen cents a gallon sold in a diluted form for $5 a pint. Coffee was bought in the city for 15 cents a pound sold in the mountains for $2 a pound. Flour, 2 cents a pound, went for $2 a pound. Tobacco went for $3 a pound, blankets sold for $15 to $20

The outrageous prices mattered little to the trappers who were selling their “hairy bank notes” for three to six dollars a pelt, the streams and ponds were full of beaver.

In exchange for the pelts, necessities for the coming year were obtained, plus various gee-gaws which they purchased for their Indian wives or girlfriends. The trappers vied with one another to see who could adorn his woman with the finest assortment of threads and ornaments.

When the trading was done, out came the whiskey and the fun and frolic began. For the next several days they drank, held shooting matches, fought, wrestled, ran races, made love to the native girls and indulged in other various forms of recreation until it was time to head back to the mountains for the fall hunt.

Arizona, New Mexico and California because of its remote location didn’t play a major role in the fur trade and never hosted a rendezvous because they were still a part of the Mexican Republic. In Arizona and New Mexico the imminent danger of Apache attack. Securing a license was no guarantee that some corrupt government official in Santa Fe might confiscate the trapper’s pelts.  The trappers in the southern Rockies and Arizona headed for Taos where they could have the have their wild escapades far from the prying eyes of the officials in Santa Fe. They used the town for a base and entertainment when they weren’t trapping for beaver.

The favorite beverage enjoyed by the Taos Trappers was a concoction called Taos Lightning, a particularly spicy brand of whiskey. The trappers claimed it was strong enough to grow hair on the hide on a bald headed man and made him feel as if he’d been struck by lightning.

From the early 1830s until his death in 1847, Simeon Turley, who grew and milled wheat on New Mexico’s Rio Hondo just north of Taos, sold the brew, which was known as aguardiente (fiery water).

Add to a gallon of aguardiente

1 lb. of rank black chewing tobacco to give it color

A hand full of chili peppers to give it spirit

One bottle of Jamaica ginger

One quart of black molasses

A bar of soap

Mix well and boil until all the strength is drawn from the peppers and tobacco.

DON’T TRY THIS AT HOME.