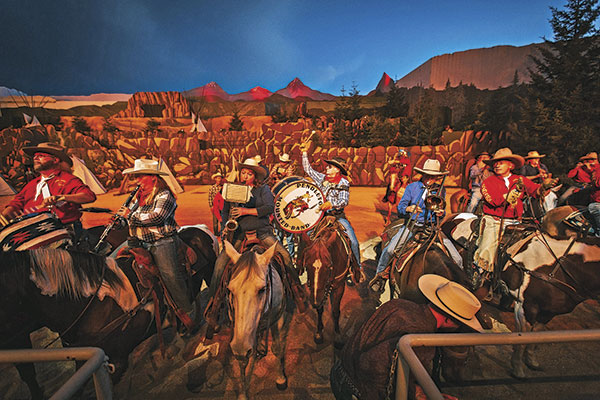 Western roundup of events where you can experience the Old West this September.

Orange, TX, Through September 9: Explore the landscapes and characters that shaped Hollywood’s mythology of the Wild West.

THAT DAY: Pictures of the American West

“The West” In Story and Song

Durango, CO, Through September 16: The life of the cowboy on the frontier will come alive through story and song, being told by Carol Heuchan.

Pendleton, OR, September 13-16: The outdoor “Pageant of the West” show honors American Indian heritage and the settling of the West.

This year, those volunteer Rangers celebrate their 60th anniversary. To pay tribute to this history, view exhibits at Phoenix Police Museum and at the Arizona Rangers Museum in Nogales.

Ketchum, ID, September 1-4: Features one of the largest non-motorized parades in the Pacific Northwest, plus wagons and stagecoaches.

Sacramento, CA, September 2-4: Go back in time to 1850 Sacramento where you can
pan for gold, gamble and drink sarsaparilla.

Rawlins, WY, September 9: Take in the majesty of American Indian cultures through their traditional songs and dances.
307-328-2740 • WyomingCarbonCounty.com

Fort Worth, TX, September 1: Cheer on rodeo cowboys at the world’s first indoor rodeo, upon the Cowtown Coliseum debut in 1908.

Pendleton, OR, September 13-16: A PRCA rodeo with cowboy concerts, Indian relay races, the Happy Canyon festival and a rodeo parade. Buckeye Blake created the artwork for this year’s poster!

Amarillo, TX, September 2: Features the rodeo talents of the boys and girls of Cal Farley’s, plus a free barbecue lunch.

Abilene, TX, September 7-16: West Texas cowboys and cowgirls head to this PRCA rodeo that also features a tractor pull and a carnival.