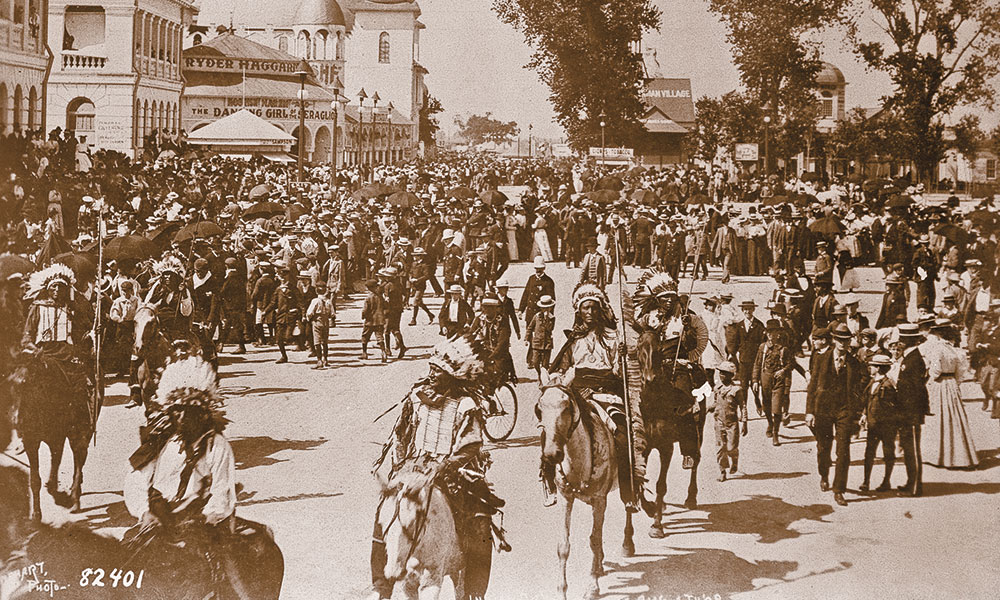 Located on a plateau above the west bank of the Missouri River and its confluence with the Platte River, Omaha has always been a good spot for westbound travelers to pull up, shake off the dust and look around.

In 1804, Meriwether Lewis and William Clark stopped there to meet with Indians on their epic trek to the Pacific. Two decades later, in 1825, the American Fur Company established a trading post at what’s now Hummel Park.

But it took the 1867 arrival of the Union Pacific Railroad to bring the new town of Omaha into prominence as the so-called crossroads of the nation.

That history lives on today at the Durham Museum, located in an impressive Art Deco railroad terminal. Union Station opened in 1931 and now consists of 124,000 square feet of exhibits explaining the history and culture of the region.

Visitors can step into a rawhide teepee of the type the Omaha Indians used on the prairie, sit by the fire in a replica dirt lodge and see an 1804 dollar bill, part of a massive collection of documents, books and coins.

A few blocks from the Durham, downtown’s Old Market district has been reborn as an art and entertainment center. The warehouses now hold boutiques, galleries, antique shops, restaurants and pubs.

USA Today called it “home to gorgeously preserved cobblestone streets dating back to the late 1800s when the area served as a railroad center of the country.”

Eight miles away, in Council Bluffs, Iowa, visit the Union Pacific Railroad Museum. Here and at other sites—the Western Historic Trails Center and the Historic General Dodge House—travelers can learn everything about the trans-continental railroad, down to the smallest detail.

For example, who invented the blue-and-white-striped engineer’s cap?

Engineer George “Stormy” Kromer, who wore a baseball cap at work, complained in 1903 to his seamstress wife, Ida, that it just wasn’t right for the job. She fashioned a new hat by hand, with blue-and-white pinstripe pillow ticking. Railroaders loved the new look and it stuck.

Omaha boasts an extraordinary public art project of more than 100 larger-than-life bronze sculptures in a five-block area of downtown. In tribute to the pioneers  who settled the West, three talented artists re-created a Westbound wagon train stampeding a herd of buffalo and scattering a flock of Canadian geese. The pieces weigh up to six tons and might be the largest installations of bronze and stainless steel in the world.

“We’re more cosmopolitan than people realize,” says Deborah Ward, vice president of marketing and communications for the Convention and Visitors Center. “Omaha is considered a cultural oasis on the Plains.”

The history-minded shouldn’t miss the Winter Quarters Historical Site, where Mormons camped on the Missouri  during their great westward migration. At a beautiful interpretive center built by the Church of Jesus Christ of Latter-day Saints, visitors can walk beside a covered wagon or pull a handcart.

The winter of 1846-’47 turned deadly with disease, exposure and hunger. Pioneer Luisa Barnes Pratt wrote of seeing friends sicken and being unable to comfort them: “Neither could I go see their remains carried to their final resting place where it was thought I would shortly have to be conveyed.”

At the Missouri River Basin Lewis & Clark Visitor Center in nearby Nebraska City, inspect a full-sized replica of the 55-foot keelboat the explorers used.

At the Mayhew Cabin & Historic Village, see a cabin that historians believe might have served as a stop on the Underground Railroad. Famed abolitionist John Brown reportedly harbored slaves there. Built in 1855 and later moved to its present location, the cabin is on the National Register of Historic Places.