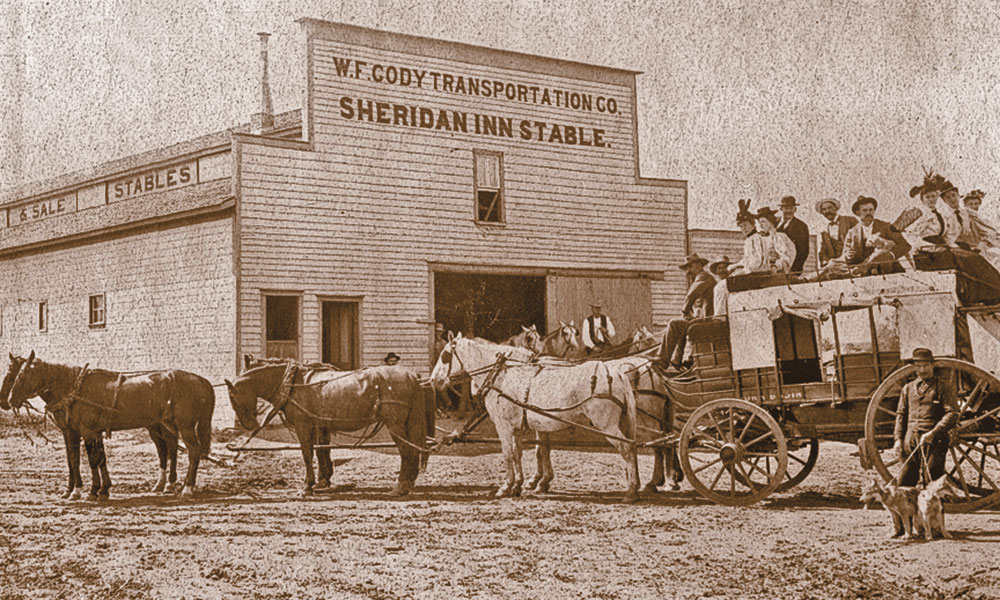 A livery stable was a place where pioneers could hire horses, teams, buggies, and wagons. The stable was often attached to a hotel or boarding house. Unlike modern-day rental cars, transports had to be returned to the place where you rented it. If you didn’t, a warrant was sworn out for your arrest.

Rental prices are hard to track down, as most advertisements stated, “Reasonable Prices.” One ad from 1850 reported that boarding a horse would set you back 50 cents a day. Pretty pricey for a time when an average worker earned less than $11 a month. Another ad, circa 1880, quoted $10 a week to board a horse.

Pasture boarding was also common. If the grass proved sufficient, a horse stayed in the pasture year round. If not, hay could either be provided by the stable operator or the horse owner.

The livery stable keeper usually had a lien on anything else left in his care to ensure payment. He also had the right to detain horses, wagons and the like until the debt was settled.