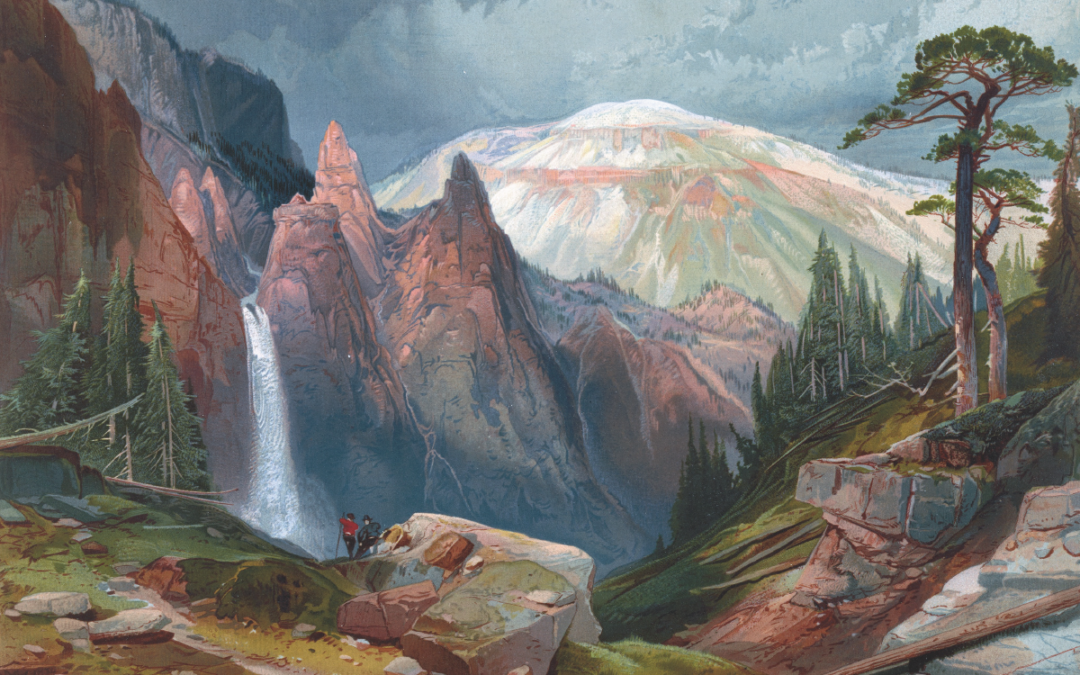 In early June, Yellowstone National Park, which is celebrating its sesquicentennial year, was hit with heavy rain and fast snowmelt causing devastating flooding. The natural event wiped out roads and bridges, took houses and other structures off their foundations and floated them down rivers.

Campers and visitors were evacuated, and the park immediately shut down all entrances. It appeared that the park would be closed for weeks. But the National Park Service, under the direction of Yellowstone Superintendent Cam Jolley, showed that sometimes even the great federal bureaucracy can move quickly. Within days some roads were reopened, and just over a month later the entire park was open to some degree.

A lot of work needs to be done to recover from the flooding within the park and in nearby communities. One message came out loud and clear in the aftermath: The communities are resilient and open for business.

The flooding and closure caused tremendous harm, damaging businesses and closing many of them down during the peak summer tourist season—which they all rely on to make it through long winter months.

The hardest hit area within the park was the north section including the roads from the northeast entrance at Cooke City, Montana, to Mammoth. The park headquarters at Mammoth remained operational, but many visitor services were curtailed and only started reopening in late July. Temporary roads provided access between Mammoth and Gardiner; some other roads in the northern part of the park were so heavily damaged they could not be quickly reopened.

By late July the Beartooth Highway from Red Lodge to Cooke City, Montana, had been reopened. That high-elevation highway is nothing short of spectacular and worth driving just for the views. While Cooke City’s main tourist season is in the summer, the community does remain open during winter and is a place to visit if you like winter sports like snowmobiling. Because the Bear-tooth Highway closes when snow hits the area, the access to Cooke City during winter is through the Sunlight Basin and over the Chief Joseph Scenic Highway. This is another stunning drive to make as you travel to Cody, Wyoming.

In June floodwaters tore through downtown Red Lodge and damaged structures, but there are many reasons to visit, including the chance to stay at the Pollard Hotel or visit the Carbon County Historical Society and Museum. Other attractions include the Yellowstone Wildlife Sanctuary and art galleries. In the summer visitors can take a ride in one of the iconic Yellowstone buses (which aren’t your standard buses!) or hike nearby trails. Red Lodge is a good winter destination, too, with Nordic ski trails and downhill skiing on Red Lodge Mountain.

Flooding really took a toll in Fromberg, Montana, located along the Clark Fork River. Volunteers from surrounding areas and even other states came to this small town of around 400 residents to help with the cleanup and rebuilding efforts. Despite the setbacks, there is plenty to do in Fromberg including visiting the Clarks Fork Valley Museum, which is housed in a railroad depot but has other structures including a homesteader’s cabin and one-room doctor’s office.

Columbus, Montana, at the confluence of the Stillwater and Yellowstone rivers, also faced flooding. If you visit, take the time to see the Museum of the Beartooths with exhibits about the Apsáalooke (Crow) Indians, the railroad, early settlers and local businesses. A trip to Columbus is not complete without stopping at the New Atlas Bar, which opened in 1916 and is on the National Register of Historic Places.

From Columbus head west along the Yellowstone River to Livingston. When Lewis and Clark returned from the Pacific Northwest and Fort Clatsop in the summer of 1806, they split their party in western Montana. Clark, with several men plus Sacajawea and Toussaint Charbonneau and their son Jean Baptiste, eventually traveled across southern and eastern Montana, following the Yellow-stone River back to its confluence with the Missouri River. The route took them through the area where Livingston is now located. Learn more about their journey in this region at the Yellowstone Gateway Museum. This facility, in a 1906 school-house, also interprets other trans-portation history—like the arrival of the Northern Pacific Railroad.

The Livingston Depot Center, located in the Northern Pacific’s railroad depot that was built in 1902 and which served as an important point for travelers headed into Yellowstone National Park, hosts exhibits, art exhibits and events for all ages. Livingston is still a gateway to Yellowstone, reached by driving through the beautiful Paradise Valley. To the south is Chico Hot Springs, which has a swim-up bar, an eclectic selection of lodging options and good dining.

Gardiner is Montana’s true gateway to Yellowstone National Park, and this small town felt the effects of the Yellowstone region flooding in June as the raging floodwater carved the riverbank, causing houses to literally fall into the maelstrom and float away. For a few days the town was virtually cut off. But Gardiner is both tough and resilient. (It proved that a couple of years ago when a fire tore through the business district). This year, the flooding resulted in lodging properties and other businesses being cut off and closed temporarily, as many roads were damaged or completely obliterated. But as soon as access could be restored, the town began its rebound.

Plan a Visit: West Yellowstone and Jackson and Cody, Wyoming

While Yellowstone had reopened by late July, the access from the north end of the park was still restricted to Mammoth, with only essential employees allowed to travel one old road, which was once the stagecoach route. Work was underway to upgrade the roadway and improve conditions for the public. But that didn’t mean it was impossible to get into Yellowstone from the northern entrance; private tour companies had some access to take visitors into the area, even though visitor services were still limited at Mammoth.

Communities on the west side of Yellowstone, including West Yellowstone, the primary entrance to the park from western Montana and Idaho, were not hit by significant flooding, but they were affected as visitors changed their plans and entered the park through that entrance. Similarly, Jackson Hole, Grand Teton National Park and the town of Jackson, saw an influx of travelers. Those communities are always busy in the summer, as they have a variety of lodging and dining properties along with many things to do.

Tour operators in West Yellowstone maintained services into the park—including through the North Entrance at Gardiner. This is also the busiest park entrance during the winter with snowcoach and snowmobile tours operating from their base in West Yellowstone. Reservations are required for winter trips, but the chance to see Yellowstone when snow covers the landscape is certainly worth the effort to arrange such an excursion. While some of Yellowstone’s wildlife hibernates or migrates out of the park during winter, other species are certainly around, including bison, river otters, coyotes, wolves, bald eagles and more.

Pahaska Teepee, located near the east gate entrance to Yellowstone, is Buffalo Bill’s original 1904 lodge, and has a range of lodging options from small cabins to facilities suitable for large families or groups of friends. Hiking trails and horseback excursions are popular with visitors to Pahaska. And along the North Fork of the Shoshone River—between Pahaska and Yellowstone’s east gate and Cody—are a several other lodging properties.

Like Jackson Hole, Cody saw an influx of visitors in the immediate aftermath of the flooding because people were unable to get into Yellowstone. This small city can handle such a crowd, however, with its unparalleled attraction: the Buffalo Bill Center of the West. The five museums at the center appeal to various interests, from Western art and firearms to the story of Buffalo Bill Cody, natural history and Plains Indians.

Buffalo Bill’s Irma Hotel is always a good bet when in Cody, but you can shoot Wild West-era firearms at the Cody Firearms Experience, walk through the historic buildings at Old Trail Town, or stroll along Sheridan Avenue for shopping and dining options.

Unfortunately, the sesquicentennial of America’s oldest national park was not quite what everybody expected. The flood that hit the region, which has been called a 500-year event, proved that nature is unpredictable, but it’s also resilient. Plan your own trip to the park or one of the nearby communities and help with the rebound.