13 Major Facts The Revenant Got Wrong 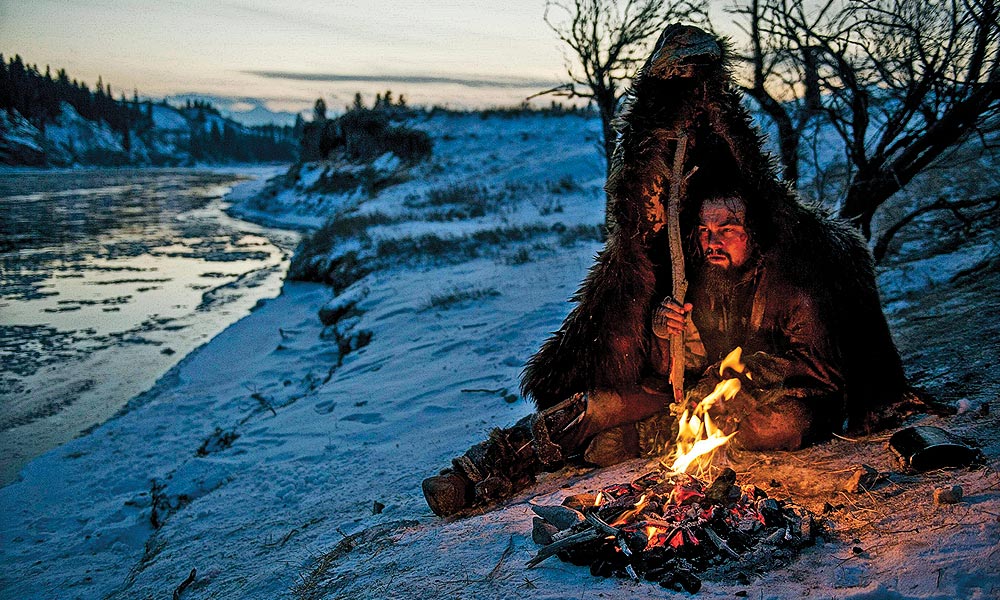 1. Opening Scene Battle with the Arikaras: Andrew Henry’s group did not battle the Arikaras. The Arikaras attacked the group led by Henry’s partner, William Henry Ashley, which included Hugh Glass, but Ashley was not depicted in the movie.

In 1822, Henry and his first expedition were at Fort Henry on the Yellowstone River. The second expedition, led by Ashley in 1823, was attacked after Ashley traded gunpowder for horses with the Arikaras. When a big storm blew in, Ashley and his men got stuck waiting it out (you can’t push a keelboat upriver in a storm). At the end of the three-day storm, the Arikaras attacked, killing 15 whites, not 32. None of that was shown in the movie.

2. Punk Kid: Jim Bridger may have been only 19 at that time, but he was a journeyman blacksmith and probably stronger than most of the men in the company. He definitely was not the punk kid the movie made him out to be.

3. Timing of the Bear Attack:  The bear attack occurred in August 1823, while the weather was still mild. Glass did not have to crawl through snow and battle hypothermia.

4. The Son: Glass did not have a half-breed son with him on that expedition. Even if he did have one, based on the time he spent with the Pawnees, the kid probably would have been about four years old, not a teenager.

5. Charbonneau Confusion: Toussaint Charbonneau is shown stealing an Indian woman and raping her, then getting caught and being forced to run to Fort Kiowa naked. Not true. Perhaps the writers were thinking of John Colter, who, in 1809, escaped from the Blackfoot and ran naked for days before reaching civilization. Charbonneau and Glass did escape death by the Arikaras once, but that came later in the story.

6. Texas Rangers: John Fitzgerald talks about his father having friends in the Texas Rangers and about going to Texas and joining the army himself. Yet, Texas did not have an American army in 1823, much less Texas Rangers—Texas was part of Mexico.

7. Hugh Glass’s Route: The movie shows Glass crawling in pursuit of the men who had left him to die. In real life, Glass crawled in the opposite direction from the men. He was attacked by the bear somewhere near the last week of August and made it to Fort Kiowa (almost 300 miles) by the first week of October. Armed with a new rifle, Glass then turned back on his trail to hunt the men who had betrayed him.

On October 11, Glass joined Charbonneau’s ill-fated expedition to the Mandan villages.  Only Glass and Charbonneau survived that expedition. The Arikaras killed the other five men. The Mandans gave Glass a ride to Fort Tilton. After that, he walked to Fort Henry.  The bad weather hit after Fort Tilton, not while Glass was still crawling.

8.  John Fitzgerald was Not a Murderer:  The movie shows Fitzgerald killing Glass’s half-breed son. He also did not kill Henry, who lived to the age of 57, dying in 1832.

9. Fuzzy on Furs: The beginning of the movie makes a big deal over hiding bales of pelts so that the Indians would not get them. But Henry did not have any furs at that time. He had brought furs from Fort Henry and given them to Ashley, who took the furs to St. Louis, Missouri, to sell.

10. Glass the Guide: Glass may have had some familiarity with the area from his time living with the Pawnees, but he had never been to Fort Henry.  The movie portrays him as Henry’s guide.  He was a hunter for the group, but guide?  No.  Henry and the others knew the way better than Glass did.

11. Arikara Assault on Glass: The Arikaras did not catch up with Glass while he was working his way to Fort Kiowa, nor did he ride his horse off a cliff to escape.

The Arikaras did try to kill Glass at least three times: 1) When they attacked Ashley and the other trappers in early June 1823 (Glass was shot in the leg).  2) When Glass joined Charbonneau and five others on their trip to the Mandan Villages.  The Arikaras killed the five men, while Glass and Charbonneau escaped. 3) In late March 1824, when Glass left Fort Henry to continue his hunt for Fitzgerald, he traveled with four men—Dutton, Marsh, More and Chapman.  Thinking they were in Pawnee country, Glass led the others into a village that turned out to be Arikara. More and Chapman were killed. Glass escaped again.

The Arikaras did ultimately kill Glass. Ten years after the bear attack, in February 1833, Glass, Ed Rose and a man named Menard were crossing the frozen Yellowstone River when the Arikaras caught them on the ice and killed all three.

12. The Faux Slaughters: While Glass was working his way to Fort Kiowa, he discovers a mountain of buffalo skulls. The bear attacked Glass in 1823; the buffalo slaughter would not take place for another 50 years.

Another slaughter the movie got wrong was Glass’s Pawnee wife being killed. No white army, be it French, Spanish or American, ever slaughtered a Pawnee village. When the Indian wars broke out, the Pawnees tended to side with the white man against their ancient enemies, the Sioux, the Comanches and the Cheyennes.  Many worked as scouts for the U.S. Army.  The Pawnees never declared war on the United States, as the other tribes did.

13. Glass Did Not Try to Kill Fitzgerald:  Glass forgave Bridger because of his youth and because Fitzgerald had goaded Bridger into leaving Glass during the five days they had stayed with him. The following June, Glass caught up with Fitzgerald at Fort Atkinson. The fort commander warned Glass that if he harmed Fitzgerald, he would suffer. If he killed Fitzgerald, Glass would have been shot or hanged. Fitzgerald was forced to give Glass back his rifle, and the fort took up a collection to pay Glass for his trouble.

Bonus: The movie never explains the term “revenant.” A revenant is a ghost. When Glass arrived at Fort Henry, supposedly on New Year’s Eve 1823, Bridger was so overcome with guilt for leaving Glass to die that he thought Glass was a revenant. Glass ended up forgiving Bridger, but not before working him over a bit.

Bruce Bradley, author of Hugh Glass, is a winemaker in California’s Napa Valley. The wine helps him forget how, back in the 1600s, two of his great aunts—the Towne sisters—were hanged as witches during the Salem witch trials. A third sister, Sarah Towne Cloyce, was arrested, but released. Bradley is her descendant.