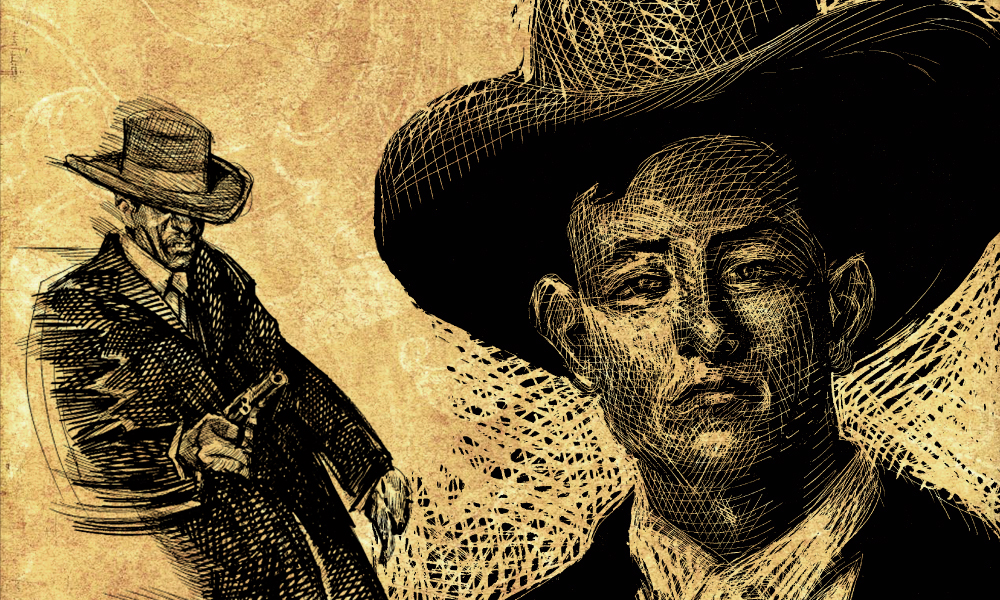 Frank Hamer wants to go home. The Texas Ranger has just testified at the Callahan County Courthouse in Baird, Texas, in a murder trial, and the case has been continued. Two men, waiting by a drugstore, warn Frank not to pass through Sweetwater on his way home—men are waiting there to kill him.

Frank’s traveling companions are his wife, Gladys (who is three months pregnant), his brother, Harrison, Gladys’s brother, Emmett Johnson, and Emmett’s wife, Rocky. He points the car toward their home, Snyder.

As Frank drives by a second-story building in Abilene, he spots a lawyer friend of former Texas Ranger and Sheriff Gee McMeans staring down out of his office, smiling a smug smile.

Around 1:30 p.m., on the approach to Sweetwater, one of the car tires goes flat. Frank pulls into the City Garage, at the corner of Locust and Broadway, directly across from the courthouse.

Harrison and Emmett head across an alley to “see a man about a horse” (go to the bathroom). Gladys and Rocky remain in the car.

The bullet drives Frank’s watch chain deep into his left shoulder, incapacitating his normal gun hand. With his right hand, he grapples with the gunman, but McMeans gets off another shot. The second bullet tears into Frank’s leg.

From the car, Gladys spots a man with a shotgun coming, from the street, toward Frank. She grabs a .32 pistol off the seat and fires at the shotgunner, but her shot misses. H.E. Phillips, McMeans’ hired man, squawks and ducks behind an automobile. Every time he tries to rise, Gladys sends another bullet his way, until she empties the magazine. As she ducks down in the seat to reload, the shotgunner runs toward Frank.

Frank is still wrestling with McMeans. From the corner of his eye, Frank sees the shotgun shooter approaching. McMeans breaks free, the shotgun roars and the concussion of the blast staggers Frank as he falls to his knees.

“I got him! I got him!” the shooter yells in triumph, only to see Frank lunge to his feet. The blast, fired from two feet away, has missed Frank’s head by inches, but shreds his hat.

McMeans and the shotgunner run toward a waiting car. Frank runs after them, stumbling, but regains his feet and pulls a gun with his right hand. He reaches the shooters’ getaway car just as McMeans fetches a pump shotgun from inside. As he turns, Frank puts a bullet through his heart, killing him.

Behind the vehicle, the shotgunner crouches beside McMeans’ body, the smoothbore still in his hands. “Get up!” Frank yells. “Fight me like a man!”

His brother, Harrison, runs up, raising his rifle toward the fleeing man. Frank knocks the barrel skyward as Harrison squeezes off the shot: “Don’t shoot him in the back! Leave him!”

Gladys runs up and takes her husband around the waist, his blood oozing onto her dress. 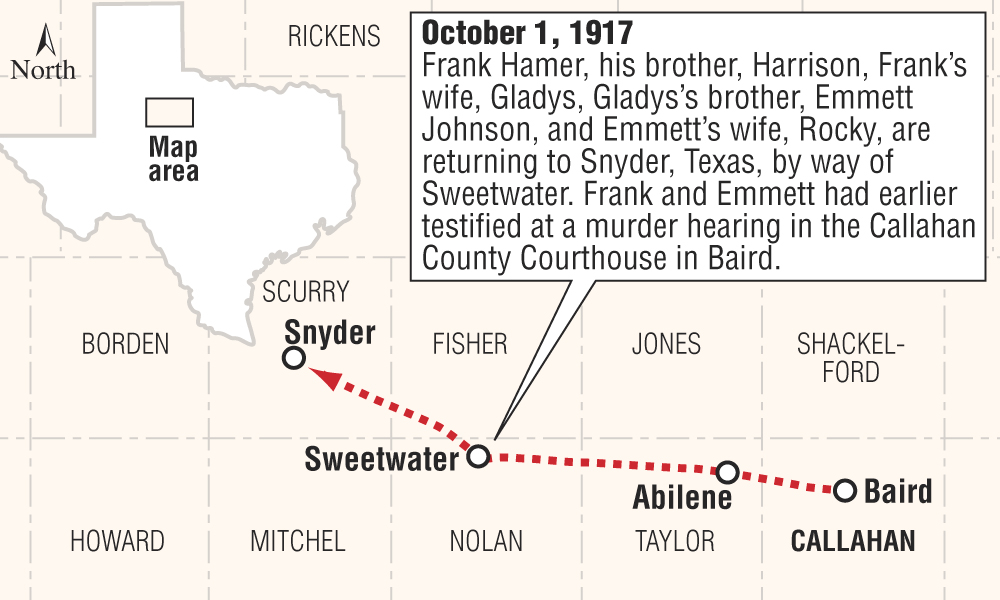 The gunfight began while a grand jury in Sweetwater, Texas, was in session. The jurors ran to a window and witnessed the end of the fight. All participants, including pregnant Gladys Hamer, were lodged in jail. After five days in jail, Frank Hamer—still severely wounded—appeared before the panel and gave his version of events; the grand jury ruled that Gee McMeans’ death was “justifiable homicide.”

Frank continued to work in law enforcement and security for another 32 years. He died in Austin in 1955 at 71. During his career, Frank was wounded by 23 buckshot and bullets; twice, he was declared dead. He reportedly killed a couple dozen baddies. His most famous? The shootings of outlaw sweethearts Bonnie and Clyde in 1934.

Frank was reticent in the extreme and rarely discussed his shootings. In 1934, during one of the few detailed interviews Hamer ever gave, he told Pulitzer Prize-winning journalist A.B. MacDonald that he had participated in 52 gunfights. Many of these took place on the border between Texas Rangers, smugglers, and Mexican Revolutionists, and were never recorded.