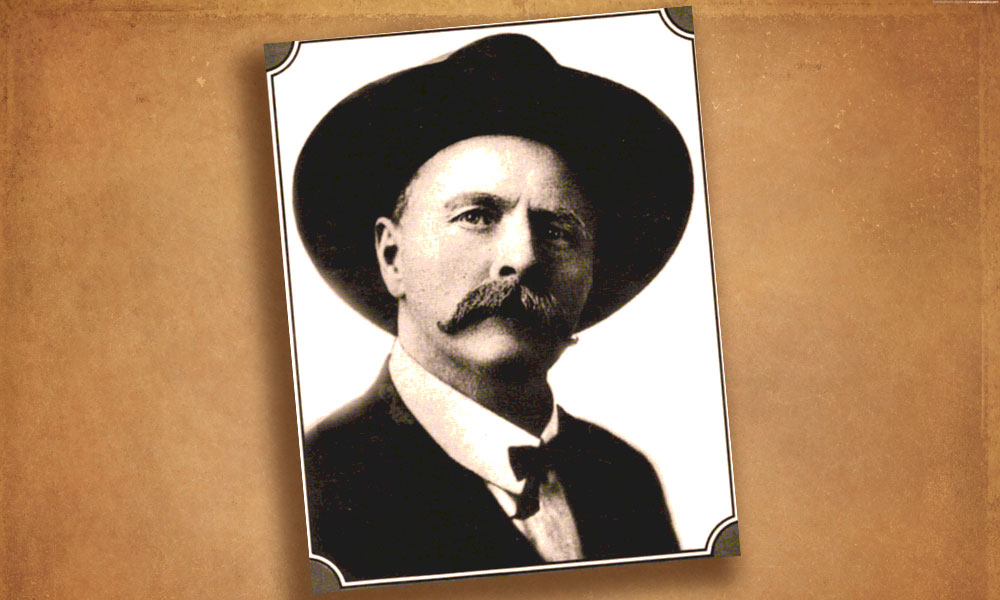 You’ve all heard of Oklahoma’s storied “Three Guardsmen,” Heck Thomas, Bill Tilghman and Chris Madsen, but there was another deputy marshal that ranks right up with the others if not more than at least a couple of them.

James Franklin “Bud” Ledbetter began his career in Madison, Arkansas where he gained a reputation for bravery and courage as a deputy sheriff. In 1894 he moved to Indian Territory where he went to work for the American Railway Express on the Missouri Kansas Texas Railroad, better-known as the “Katy.”

Being the son of a railroad engineer I love those colorful nicknames folks used to call the trains during the golden age of passenger trains such as the “City of New Orleans,” “Super Chief,” “The Golden Rocket” and the “Wabash Cannonball.”

In November, 1894 the notorious Cook Gang attempted to rob the “Katy Flyer” just north of Muskogee. Ledbetter was the lone guard on that run and single-handedly drove them off. His shooting skills and courage quickly made him a local hero. He packed a Colt revolver and a Winchester rifle and it was said he could shoot the ear lobe off a man and never put a mark on his jaw.

The following year he went to work for Judge Issac Parker as a deputy U.S. Marshal in the Indian Territory. On December 6th, 1897 he led a posse that tracked down and captured all four members of the Al Jennings gang after they robbed two trains, the Santa Fe passenger train near Edmond, Oklahoma and the October, robbery of a passenger train near Chickasha. After wounding members of the gang in a shootout a few days earlier they meekly surrendered the next time Ledbetter got the drop on them.

After many years as a federal marshal Ledbetter became sheriff of Muskogee County. Respected by the citizens for his professionalism and honesty, he retired from law enforcement in 1928.