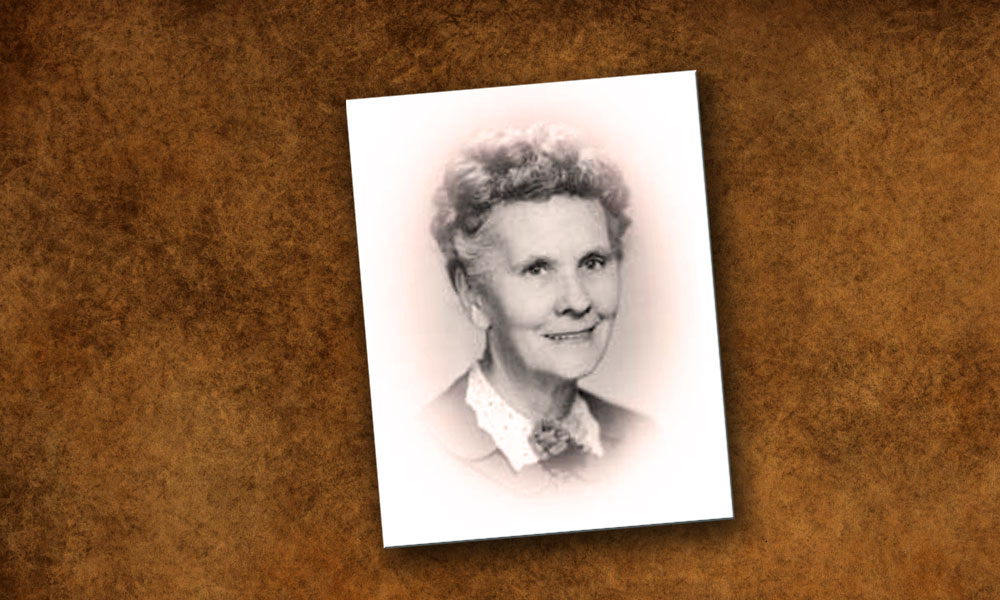 Abbie Ware Crabb Keith well knew how lonely and isolated ranch life could be. Perhaps that’s why the newsletter she founded in 1923—theArizona Cattlelog—was such a hit and made her such a respected pioneer.

Abbie Keith spent 40 years as secretary of the Arizona Cattle Growers’ Association, and upon her retirement in 1963, accolades came in from throughout the west. As one put it, “Mrs. Keith’s greatest contribution was keeping Arizona’s isolated, far flung and disconnected ranch families together as they and their industry could continue their great contribution to the young state’s economy.” Another wrote her, “I have heard many of your associates in neighboring states express appreciation for the devotion and farsightedness of Abbie Keith.”

You have to wonder how many times she thought back to her own ranch experience as a newly-wed in the Verde Valley, with no radios, newspapers, phonographs or telephones. The newsletter she founded was the “single medium” for similar ranch families to learn about cattle sales and markets, weather conditions, university research, conventions, legislative action and personal affairs, such as births and deaths.

Abbie Ware was born on a farm in Kansas on May 23, 1888, but moved with her family to Oklahoma when she was eleven. After graduating from high school in 1909, she worked for the Forest Service in Magdalena, New Mexico, where she met Jack Crabb. They married on December 1, 1910, and soon moved to the Verde Valley ranch, where their first two children died as babies, but they raised Jack’s two nieces. He died in 1921 of a ruptured appendix, and the next year, Abbie and her family—including her parents—moved to a five-acre peach orchard in Phoenix. In 1920, Abbie married John Keith, a rancher with two teenaged daughters. She raised all four girls. In 1923, she hired on to the cattle growers as a secretary.

She eventually moved into a downtown neighborhood in Phoenix that today has been designated as historic. That’s where this writer met her, buying her lovely home in 1972 when she moved to Prescott to be near her daughters.

Her retirement years were not idle. She was a volunteer at the Maricopa County Hospital in Phoenix and later at the Veteran’s Administration Hospital in Prescott. She also worked on several political campaigns, including Barry Goldwater’s run for the presidency.

Abbie Keith died on July 8, 1984 and three years later, was inducted into the Arizona Women’s Hall of Fame as one of the state’s “remarkable women.”