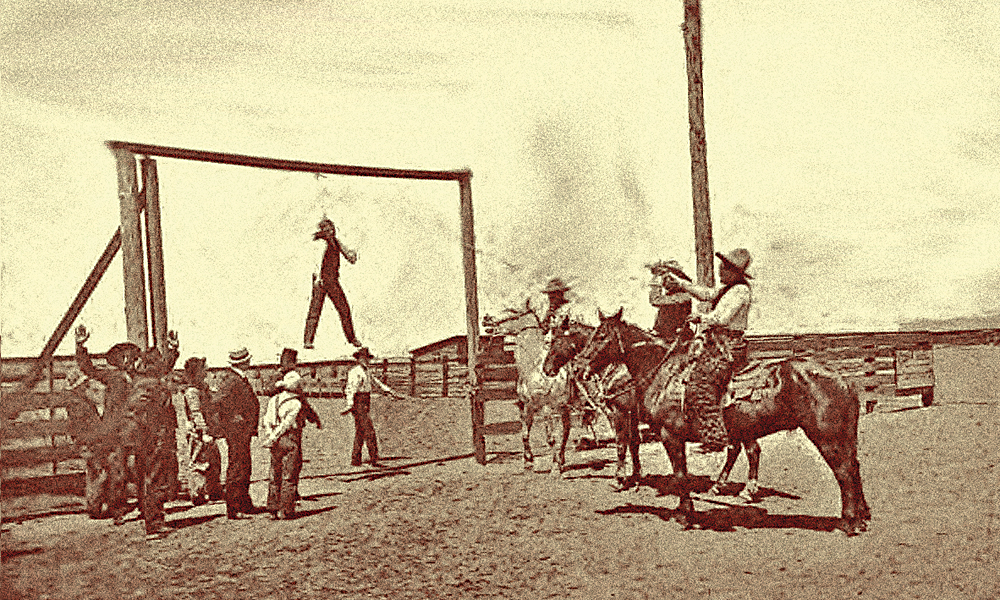 Somewhere around 1890, the Wyoming Stock Growers Association decided to take deadly action against men they regarded as rustlers. Tom Waggoner was the first to bear the brunt of that decision.

The big ranchers who made up the Association were determined to keep their grip on the region’s cattle industry, says John W. Davis, author of Wyoming Range War: The Infamous Invasion of Johnson County. Smaller operations were cropping up, taking over the former open range and claiming unbranded calves that the cattle barons considered their own.

Waggoner, around 35 years old, was an unlikely target.  He dealt in horses, not cows, and had accumulated a herd estimated at more than 1,000 head. The German native was not well-liked, as he preferred to stay to himself instead of making friends or acquaintances of his neighbors. He was cheap and sharp in his dealings of horseflesh.

Folks wondered how he had gotten so many horses when he lived in virtual poverty in a cabin with no beds or furniture.  Maybe he stole some of the animals, although no evidence supported the notion.

Three men showed up at Waggoner’s door on June 4, 1891. Davis says they were probably Elliott, Coates and Lykins, while Wyoming historian Roger Hawthorne identified them as Elliott, former deputy U.S. marshal Tom Smith and horse thief George Burns. Calling themselves deputies, they claimed they were arresting Waggoner for rustling and taking him to Newcastle.

Waggoner’s wife heard nothing for a dozen days. On June 16, a search party went out to look for the rancher and found a body hanging from a tree in a remote gully.  Waggoner looked like he had been strung up and allowed to slowly strangle in what must have been a tough death.

The widow Waggoner could not identify the men who had taken her husband.  The big cattlemen accused rustlers of the lynching; the small ranchers charged that the stock growers were behind it.  Nobody was ever arrested or tried to the murder.

Alarmingly, when Waggoner’s estate went into probate, Coates, one of the alleged killers, was named administrator, demonstrating the power held by  Association members.

Although Waggoner’s killing took place farther away and in another county, Johnson County did feel the repercussions soon enough. Waggoner’s name was among 15 on the group’s hit list, claimed Hiram Ijams, secretary of the stock growers. The assassination squad went after some of them, including Nate Champion that November. But in the ensuing shoot-out, Lykins was mortally wounded and Champion was unharmed.

The first shots of the infamous Johnson County War had been fired. The Frank Canton assassination squad would chalk up victims, and the stock growers attempted an invasion aimed at ridding the region of their enemies.

But the first victim was Waggoner. His lynching truly kicked off the Johnson County War.