Freedom from the Freeway 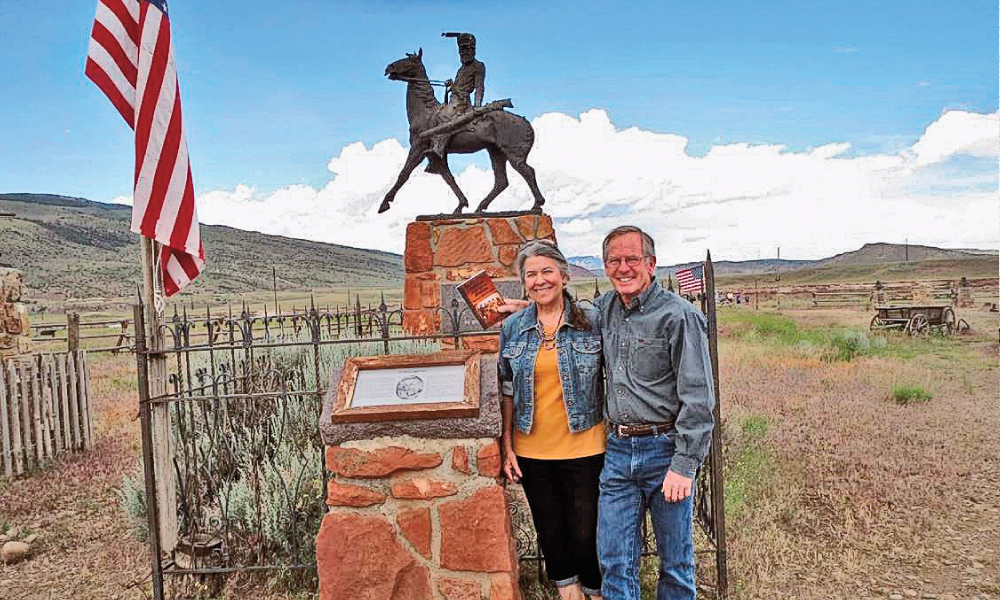 Have you heard the tale about the teacher who inspired a seventh-grade class to dig up an 1800s Montana fur trapper buried by a California freeway and rebury him back in the heart of the Old West?

Tri Robinson tells the improbable, but inspiring story in his 2014 book, The Committee for the Reburial of Liver-Eating Johnston: Memoirs of a Dyslexic Teacher.

The journey began in 1973, when Robinson was trying to inspire his gifted students at Park View Middle School in Lancaster, California, with riveting stories about the Old West.  None stuck, until he got to John “Liver-Eating” Johnston.

Born around 1824, the Mountain Man had spent his life as a soldier, hunter, trapper, whiskey peddler, scout, deputy sheriff and town marshal in the Big Sky country of Montana. He was also known as “Crow Killer,” for his 25-year vendetta against the Crow Nation after his Flathead wife was killed by a brave in 1847. He reportedly cut out and ate the liver of every Crow he killed.

Old age made him leave his home in Red Lodge for a veteran’s hospital in California, where he died in 1900. He was buried in a military cemetery that ended up 100 yards from the San Diego Freeway.

“Up until that point, none of my stories had gotten a rise out of my students, but they were outraged that he was buried by the freeway,” Robinson says. “They acted like it was a total injustice.”

His wife, Nancy, had a simple answer: “If they don’t like it, tell them to move him.”

Impossible, Robinson thought, but hey, the venture might keep his students engaged. So the “Committee” was born, and his students started writing letters—to governors, chambers of commerce, historical societies, Congress. The Montana town of Red Lodge wrote off the students’ request, stating disinterest because Johnston was an “Indian killer.” But Robinson’s friend in Cody, Wyoming, Bob Edgar, answered with an exciting prospect: if the students could get permission to disinter the body, Edgar would pay to have it moved and reburied at his Old Trail Town in Cody.

Students realized the main character in 1972’s Jeremiah Johnson was based on the guy they were trying to get reburied. That helped garner media attention, and Congress named the class the proxy next-of-kin to allow the reburial. Robert Redford, who starred as Jeremiah Johnson in the film, agreed to be a pallbearer!

Red Lodge then decided the town should rebury Johnston in Montana after all, which started a Montana-Wyoming fight. “The students were totally in charge, and we were loyal to Cody and Edgar,” Robinson says.

Despite an effort by Montana to steal the body the state had at first refused, Johnston was reburied in Cody, Wyoming, in June 1974—all because seventh graders in California had been inspired by a teacher who took them “outside the box.”

As one of those students wrote in a review of her teacher’s book, “I still consider Mr. Robinson the best teacher I ever had, and credit him with my life long love of history….”

Johnston thanks Mr. Robinson, too.