A Brilliant But Doomed Mission 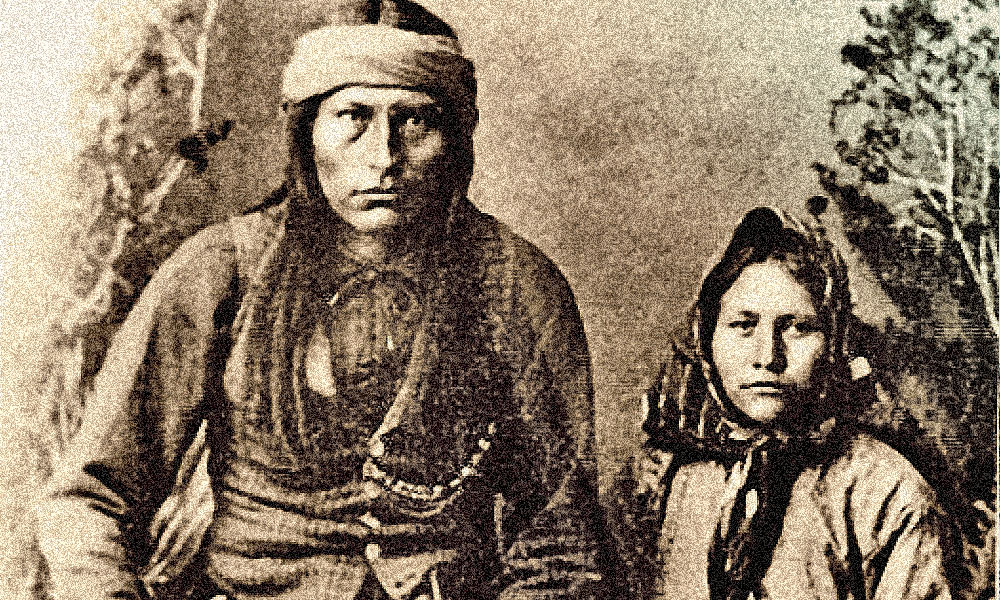 Imagine Oklahoma Territory’s Fort Sill in 1895, almost 10 years after the surrender of Geronimo.

Imagine Mexico’s Sierra Madre, where hit-and-run attacks by Apaches on both sides of the U.S.-Mexico border continued to create chaos.

Imagine what we would call today a “Special Ops” assignment, 1895 style, that could have prevented further devastating upheaval and turmoil.

Hunting Deer with a Brass Band

The Apache Kid and fellow warrior Massai were still on the loose in the late 1800s. Adelnietze and Natculbaye (José María Elias) continued to raid. Apaches attacked and killed Mormon and Mexican ranchers. They stole cattle and welcomed runaways from the reservations. Even roughly a century later, whispers endure, of Apaches living among the narcotraficantes or hiding in plain sight as residents of small rancherías or pueblos.

The military had seemingly forgotten how it once tracked the insurgents with Apache scouts, mules and gutsy troopers. United States Army Capt. Hugh L. Scott claimed that, instead of tracking swiftly and striking with deadly force, his soldiers were “hunting deer with a brass band!”

Scott’s colorful description of military incompetence, written years after he departed Fort Sill, must have made his military cohorts and Mexican counterparts want to hide under the table. And well they should have because Scott, while serving at Fort Sill as a first lieutenant in the 7th Cavalry, had devised a simple and workable strategy that could have succeeded in capturing the bronco Apaches. He described in his 1928 memoirs precisely what his plan envisioned in 1895.

Why was this special operation never carried out by the military?

Scott was well respected by American Indians, and particularly Apaches, as he advocated on their behalf. Having been dispatched to Florida and Alabama hellholes, Apaches were unhappy, dying and miserable. The military ultimately moved them to Fort Sill in Oklahoma. Both Scott and interpreter George Wratten moved with them, helping to set up private enclaves along the creeks and hidden arroyos of that military installation to give the men and their families some semblance of dignity.

Even those Apaches perceived as the most warlike had settled down and become good leaders; they kept order and worked hard at hauling hay, raising cattle, growing melons and corn, and learning English. Many of their children had been sent to boarding schools to become “tame” Indians. Geronimo, Naiche, Yanosha,  Toclanny, Perico and Kaytennae, among others, seemed to be getting used to this new way of life.

Nevertheless, the fear of the warrior culture, which had caused violence and mayhem in Arizona and New Mexico during the Apache campaigns, prevented any logical discussion about returning Apaches to their homelands anytime soon. These leaders were still in their prime. Should they escape, the military believed war would break out once again.
The Apaches ached to see mountains, drink the fresh water from cascading waterfalls, hunt wild turkey, deer and elk, and sit at night talking and smoking together around their campfires. The white man’s rules against the old ways wore thin, but had to be followed. Under such circumstances, yearning for one’s homeland and dreaming of a return could become an obsession.

When Scott heard about runaways and rumors of possible outbreaks from Fort Sill, he called together a group of Apache leaders. He pointed out to them that if they, or their older children in schools farther east, tried such a move, he would hunt them down and fire upon them. He showed the Apaches that he had equipment, mules and rations for 20 days, should any of them try to escape.

He had a map drawn up by a Mescalero that covered the entire gamut of possible escape routes to New Mexico. This map, Scott wrote, showed the “trail with all its water holes over the 700 miles to the Mescalero Agency…copies of this map were sent to the department commanders to enable him to cut off the runaways” should that threat ever arise.

The problem was that the map pretty much ended at the Mescalero Agency. What about on down into Mexico, into the depths of the old Apache strongholds? Something needed to be done to prevent any such false hope of freedom in joining the Sierra Madre Apaches.

Scott wrote: “When the Apaches first arrived at Fort Sill and several years after the surrender those who had known them in Arizona predicted their escape to old Mexico…that was the common belief.”

Ten years later, the fear remained. How to counter that concern was a subject of much discussion.

Realizing that all of “his Apaches” were extremely familiar with the Sierra Madre strongholds, Scott knew that chasing the so-called renegades without their help would not be successful. Using Apache scouts prior to 1886 led to the surrender of Geronimo, a lesson some in the military had apparently forgotten.

If the three leaders with whom he worked wanted to return to their Southwestern homelands before they became toothless old men, perhaps he could convince them to become part of a strategic plan he was formulating. If this daring plan was accomplished, it would be proof that the Apaches could be trusted citizens and might lessen the burden of their prisoner of war status and continued imprisonment. It would also save innumerable lives.

Scott submitted his plan first to Col. Henry Ware Lawton, inspector general, who in turn sent it to Gen. Nelson Miles. Both approved the plan. No doubt Miles was aware of the depredations, even after he and his troops supposedly ended the Apache Wars.

Scott discussed his clever and succinct plan with his three head Apaches: Naiche,  Toclanny and Kaytennae. They agreed to his terms, almost surprisingly, since his proposal included holding their families essentially as hostages to ensure their loyalty not to escape.

Why the leaders agreed so willingly is puzzling. Scott was the Indah (white man) whom they had to obey while they were still POWs. Did they think they could escape and later retrieve their families? Did they believe at least they, as warriors, could live like free men and have their families safe at Fort Sill? They respected Scott and recognized that he was an honorable man who had helped them in many ways. They also knew he would not harm innocent women and children.

For the journey, Scott intended to accompany the three Apache leaders, along with 15 officers and troops. His plan “was to go west on a hunting trip from Fort Sill, telling no one of their destination…taking also [Allyn] Capron, [Thomas] Clancy and about 15 officers and sergeants picked for such service and boarding a train somewhere in the Southwest…. [Henry] Lawton agreed to have supplies and a pack train waiting for us at Fort Bowie, Arizona and we would start out ostensibly to hunt, moving slowly outside the foothills of the Sierra Madre in old Mexico, chasing deer and small game.”

They were to allow the scouts time to examine the trails and to track anyone they felt was part of the renegade band into their strongholds. However, they were not to go into the camps. They were to return to the troops, unseen. Then the three Apaches would lead them to within a night’s ride of the outlaw camps, surrounding the renegades before daybreak, bringing surprise on their side.

No doubt the preference was to bring the Apache broncos in peacefully. But would they surrender without a fight? The team was more than well armed, and apparently Scott had no qualms about who would have the upper hand.

Scott traveled to Washington, D.C. to follow through with this plan. Everyone was on edge, hoping for a quick approval from Mexican Minister Matías Romero. Then the plan was blown to hell. Romero “refused to allow us to enter Mexico unless on a hot trail within certain limits of the Border, as laid down in a treaty with Mexico,” Scott wrote.

Those limits did not include the region that was crucial to the operation. And any “hot pursuit” would have alerted the renegades, adding fuel to the fire of angry, displaced and resentful enemies.

One can just imagine the extreme disappointment of all those involved. Some may have thought about crossing the border without permission, much as they had always done.

We will never know for sure the backroom scenarios that foiled the plan, but this one could have saved lives and created goodwill among citizens of both nations. Naiche,  Toclanny and Kaytennae, three prominent warriors, could have been credited with their assistance to the military and been pardoned. If the operation had been approved by Mexican officials, then the many killings, raids and anxiety that kept the borderlands in turmoil for at least another 40 years could have all been avoided.

But fate had the last laugh. Through official Mexican intransigence, a precious opportunity to end Apache raids was lost forever to the mists of time.

Lynda A. Sánchez researches Apache history, legend and lore, following the footsteps of her mentor, Eve Ball. She is revising a soon-to-be-published manuscript about the lost Apaches. Material for this article comes from Angie Debo’s Geronimo: The Man, His Time, His Place and Hugh L. Scott’s Some Memories of a Soldier.