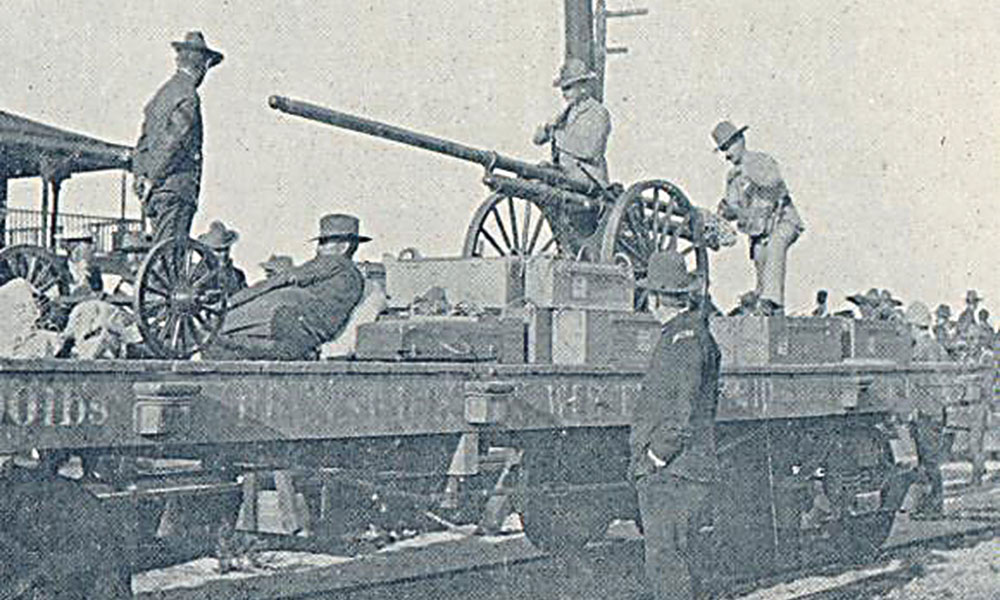 Despite Nobel’s best efforts, his dynamite was used as a weapon nearly as often (if not more so) as it was for construction. There was little doubt that it was effective in this regard, but was limited by the strength of the arm that threw it.

And so the Dynamite Cannon was born.

In 1883 the original prototype was demonstrated by D.M. Medford in Chicago with lackluster effect. However, Edmund Zalinsky, a one-time professor at the Massachusetts Institute of Technology, happened to be at that demonstration and spent the next couple years improving on the design he saw that day. Zalinksy was also involved in the implementation of a weaponized electrical fuse, telescopic sights for artillery, and was one of the founders of the Nautilus Submarine Boat Company.

The Zalinksy Cannon was mostly used by the Navy as it utilized steam power to launch the dynamite long distances with little danger to the artillery crew. Generating steam on land for the use in battle is about as impractical as it sounds. Enter the Sims-Dudley dynamite gun which used the same principles but instead of steam, utilized smokeless powder to compress the air.

Under the cannon barrel was a tube into which the powder charge was loaded. When lit, the expanding gas from the smokeless powder compressed the air in the tube, which was then fed into the cannon barrel, launching the dynamite like explosive an impressive distance.

Weighing in at a ridiculous 1,000 pounds and a bore diameter of 2.5 inches, the sight of the cannon didn’t exactly inspire confidence. In addition, it was notoriously hard to aim and prone to malfunction. During the Spanish-American War, one was used in the siege of Santiago. How effective it was is in question. Teddy Roosevelt had this to say about the gun: “It was used like a mortar from behind the hill, it did not betray its presence, and those firing it suffered no loss. Every few shots it got out of order and the Rough Riders machinists would spend an hour or two setting it right.” I would imagine having artillery that was unable to fire for a couple hours of a siege was more than a little frustrating for Roosevelt to say the least.