Cowboy Capital of the World 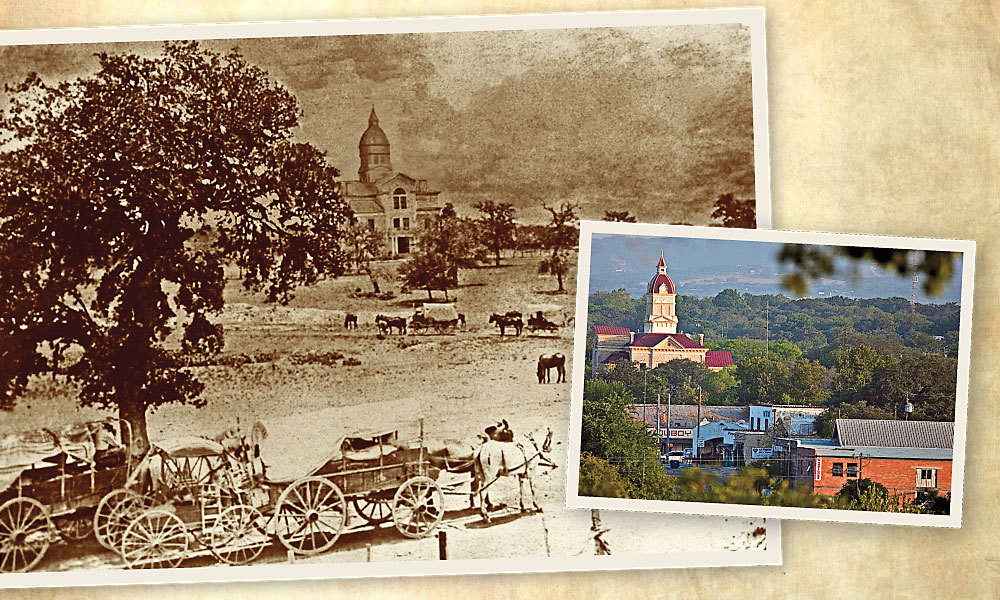 History can sometimes seem a mishmash of facts, folklore and half-forgotten fables, held together by little more than spit and baling wire. Take Bandera, located in the picturesque Hill Country deep in the heart of central Texas, just 40 miles northwest of San Antonio.

Fact: The town was named after Bandera Pass, a natural route through the hills about a dozen miles north of town.

Folklore: The pass itself was named for the red flags (bandera in Spanish) flown there to mark the unofficial boundary between Spanish and Indian lands.

Half-forgotten fable: The pass may have been named for the Spanish commander Manuel (Ciro, some say) Bandera, who led his troops to a victory over Apache raiders there in the 1730s.

The details may be lost in the haze of time, but this much is certain: The self-proclaimed “Cowboy Capital of the World” remains a place where rodeos reign, dude ranches abound and real cowboys mosey through town.

Settlers arrived in the early 1850s, drawn by the cypress trees along the Medina River. A sawmill, built in 1853, produced shingles for builders in San Antonio, as well as for the military. The town was  designated the seat of Bandera County in 1856.

After the Civil War, Bandera became a staging ground for cattle drives. By 1874 it had become the primary southern terminus of the Great Western Cattle Trail, which ran north to Dodge City, Kansas, into Nebraska and, for a time, clear on up to Deadwood, South Dakota. In 2014, Bandera dedicated a monument to the trail in the town’s Western Heritage Park.

Many of Bandera’s oldest buildings were built with locally quarried limestone. The stately Bandera County Courthouse, completed in 1891, is a prime example. The three-story structure with its distinctive clock-less tower (long listed on the National Register of Historic Places) is the focal point of the town square. Nowadays an assortment of statues, monuments and historical plaques adorn the courthouse grounds.

The charmingly castellated Bandera County Jail, built in 1881, is also on the National Register. According to Langlinais, whose great-grandparents came to Bandera in the 1890s, efforts are afoot to designate a historical district centered near the old jail. Unfortunately, the building is not currently open to the public.

Polish immigrants played a big role in Bandera’s early years, so it’s not surprising to learn that the elegant St. Stanislaus Catholic Church, built in 1876, is one of
the oldest Polish Catholic churches in the country.

Be sure to stop by the Frontier Times Museum, home to the Texas Heroes Hall of Honor, an assortment of historical artifacts, Western art and natural curiosities.

As you might expect, Bandera loves to share its Texas heritage. The town celebrates the National Day of the American Cowboy in a big way, with rodeos and music and barbeque aplenty. The fun takes place on the fourth Saturday of every July. On Labor Day weekend the National Professional Bull Riders come to town as the centerpiece of Celebrate Bandera, the annual end-of-summer family-friendly festival that includes the Longhorn Cattle Drive and Parade, Circle of Life Intertribal Pow-Wow, Texas pioneer living history exhibitions and the Lonestar BBQ Society’s Cook-off.  Bandera also stakes a claim on one of the most popular cowboy Mardi Gras parades in the state, with the Annual 11th Street Cowboy Mardi Gras the last weekend in January.

Visitors can saddle up for a ride at many local ranches and riding stables, or enjoy a real cowboy experience with a days-long stay at one of several dude ranches. And don’t miss Arkey Blue’s Silver Dollar Saloon, said to be the oldest continuously operating honkytonk in all of Texas. 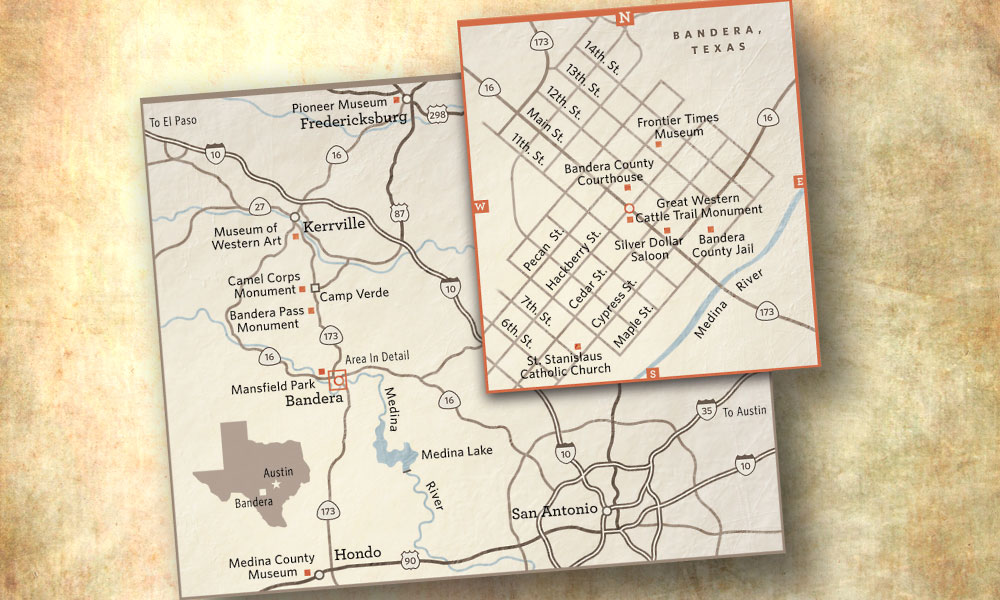