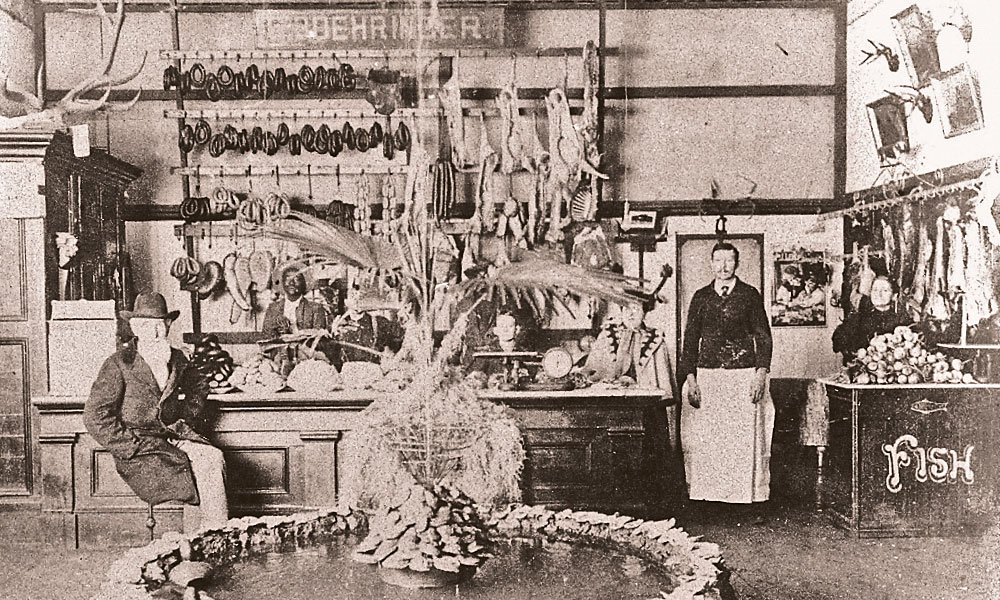 William Perry, a Massachusetts native, settled in Jefferson, Texas, in 1842. After he guided the first steamboat, the Llama, into the city situated on Big Cypress Bayou, it became a boomtown. Jefferson’s Golden Era as a steamboat port, to and from New Orleans, Louisiana, lasted until 1875. The bustling port city received a large selection of goods to create tasty and exotic dishes.

With steamboats regularly reaching Jefferson by 1845, William and wife  Sardenia opened the Soda Lake Hotel in 1846. In a Christmas Eve ad posted in a Clarksville newspaper, William promised good food and lodgings: “Every means will be used to afford comfort to the tired traveller [sic], his table and larder will be furnished with the best that the country will warrant.”

Two years later, the Perrys sold that hotel. In 1854, after a stint in the California Gold Rush, William purchased Albert G. Irvine’s house on Austin Street, opening the two-story home, with six guest rooms for lodging, sometime in 1859. He just missed the opportunity to beat out William Menger, who opened Texas’s oldest, still-operating hotel, the Menger, on Alamo Square in San Antonio on January 31, 1859.

William sold his hotel in 1866 to Bass Nichols, who sold it to grocer Hiram Tomlin the next year. After renaming the hotel the Exchange, Tomlin added eight upstairs guest rooms in a new west wing before the 42 year old died in September. The hotel’s founder met his maker, too, on January 3, 1869, when soldiers accidentally shot 55-year-old William while he was walking home.

The hotel changed hands a couple times and ended up with the Excelsior House Hotel name when widow Catherine Wood purchased it in January 1878. Wood doted on her guests…and her pets. Her dog Frank wore a diamond studded-collar and got a lost tooth replaced by a gold one!

A German native, Wood could not let go of one of her country’s customs—Victorian virtues be damned. “Each evening she took her pitcher to be filled with beer at the corner saloon,” Excelsior House Hotel history states. “Jeffersonians found it difficult to reconcile her other lady-like qualities with her fondness for beer and her daring entry into a saloon.”

Some of the prominent guests Wood welcomed to her hotel included Ulysses S. Grant, Rutherford B. Hayes, Jay Gould and Oscar Wilde. Wood died in 1907; by 1961, the Jefferson Historical Restoration & Preservation Corporation owned the hotel.

When Wood operated the hotel, “Jefferson was no backwater town,” says Raymary Keasler, a Perry House Foundation member. “The first celebration of Mardi Gras in Jefferson began in 1877, and the ball was held at the Excelsior House annually for many years.”

For your next Mardi Gras, make the included 1890 recipe for Keepsake Biscuits found in the hotel kitchen’s 1879 cookbook.

Knead well and mold into neat, small biscuits with your hands. Bake well, and you have a good sweet biscuit that will keep for weeks in a dry place. They are fine for traveling.