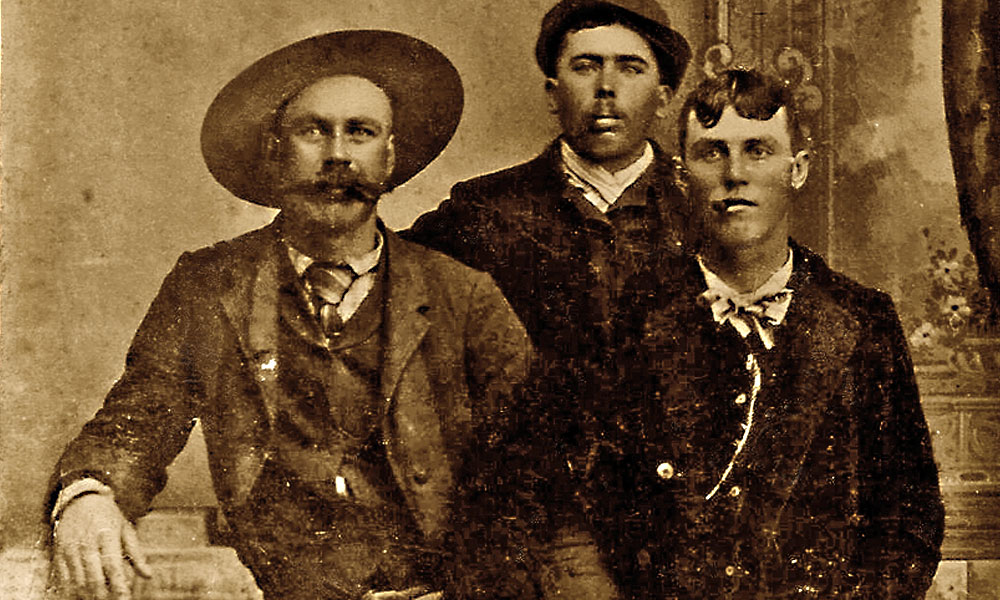 Davy Crockett, the King of the Wild Frontier, was born on a mountaintop in Tennessee, served in Congress, fought Indians and died a legend at the Alamo in 1836. Another Davy Crockett could be remembered as the King of Wild on the Frontier. That Davy was a bad man.

He, too, was born in Tennessee, circa 1853. He was reportedly related to the more famous Crockett, who died 17 years earlier in San Antonio, Texas, but the tie is unclear. The second Davy’s family moved to Texas when he was young; by the age of 17, he had drifted to New Mexico—drinking, gambling and getting in trouble with characters such as gunman Clay Allison.

Davy hit the dregs on March 24, 1876, at Henri Lambert’s inn (now the St. James Hotel) in Cimarron. A drunk Davy and pals Gus Heffron and Henry Goodman were ready to leave. Davy had trouble opening the door—a Buffalo Soldier was on the outside, trying to get in. In a foul mood, Davy shot and killed the man.

Three more Buffalo Soldiers, from the 9th U.S. Cavalry at nearby Fort Union, were playing cards at a table inside the saloon. Davy whipped around and opened fire, killing two and wounding the other.

Davy ran out of town on foot (cavalry horses were stabled in the same barn as Davy’s mount). He was arrested and tried for the murders, but he claimed that he wasn’t responsible for his actions because he was drunk. The court agreed and acquitted him; all he got was a $50 fine, for illegally carrying a gun in town.

Emboldened by the incident, Davy thought he was above the law. He and Heffron hurrahed Cimarron on a regular basis, getting drunk and shooting at various targets, riding horses into saloons and other buildings, and threatening citizens and lawmen. The two reportedly held Sheriff Isaiah Rinehart at gunpoint, forcing him to drink until he passed out. Citizens began pressuring the sheriff. After six months, he took action.

Rinehart deputized rancher Joseph Holbrook and postmaster John McCullough. The three lawmen were armed with shotguns when they ran into the pair on the night of September 30, 1876. Holbrook stepped out in front of the wanted men and told them to surrender…or else.

Davy reportedly laughed and dared the deputy to shoot. Holbrook pulled the trigger. Rinehart and McCullough followed suit. Davy died in the saddle; Heffron was wounded and captured. He escaped jail in late October and disappeared.

Strangely, Davy’s final resting place was in the Cimarron Cemetery, just feet away from the three Buffalo Soldiers he had killed a few months before. His grave was unmarked. Somebody put up a marker a couple of years ago, but who knows if it correctly identifies Davy’s burial site.

The second Davy sullied the name emblazoned by the King of the Wild Frontier. The New Mexico guy probably should be forgotten.