A Tol Tale of Texas 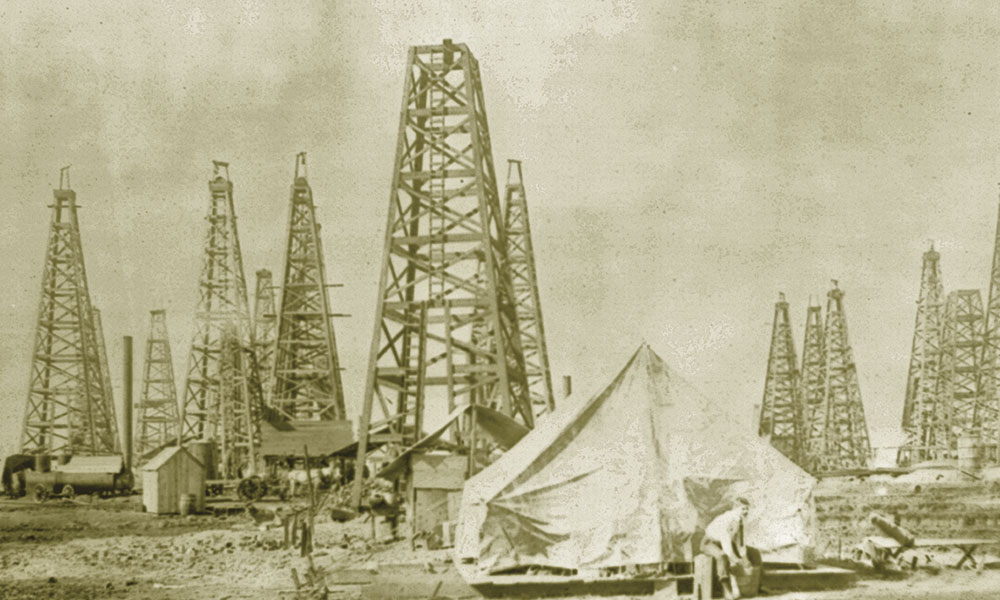 Lyne Taliaferro “Tol” Barret had a big idea—big even by Texas standards. Too bad he was ahead of his time.

Barret was born in Virginia in 1832. His family moved to Texas 10 years later, although his father died during the trip.

Tol played in the waters of Oil Springs near his home outside Nacogdoches, likely witnessing how early settlers and Cherokees took the oily patches on the water to use for medicine or to grease wagon wheels.

In fall 1859, the first commercial oil well went into production in Pennsylvania, and Barret saw an opportunity. That December, Barret leased 279 acres around Oil Springs to set up his own oil well. But the Civil War intervened; Barret served as a quartermaster, based out of his family mansion.

His plans were delayed, but not his enthusiasm: “The great excitement of this age is oil,” Barret said. “This region of Texas will be wild upon the subject in a few months.”

In October 1865, just after the war ended, Barret started the Melrose Petroleum Oil Company and began using a steam-powered drill, similar to later oil rigs that bored holes in the ground. The following September, he struck oil. It wasn’t a big gusher, bringing in only 10 barrels a day, but it was oil, of high quality, reported government officials who tested it.

Barret needed more money to expand his operation. Local investors had put forward seed money, so Barret traveled to New York and then Pennsylvania, the home of that first oil well. He secured an agreement, but the Pennsylvania company backed out before doling out the money. The reasons: low demand for oil and the difficulties the nation faced during Reconstruction.

Barret lost most of his own money he had put into his company. Reluctantly, he left the oil business and entered a field with a steady income: farming on the family plantation and a mercantile store he opened in the town of Melrose.

Ironically, in 1887, the Oil Springs field was drilled again, more oil was found and a boom began. By 1889, the site had 40 wells in operation. Barret was proven right.

A well-respected businessman in East Texas for the rest of his life, Barret led several civic organizations and served as a justice of the peace.

He died in 1913. His oil exploration efforts were forgotten—for 100 years. In 1966, memorial markers were placed on his grave and at Stephen F. Austin University, both noting that first oil well and his impact on one of Texas’s most important industries.

The next year, the Texas Historical Commission placed a marker at the site of that first well at Oil Springs.

Barret finally got his due, even though he never cashed in on his discovery.