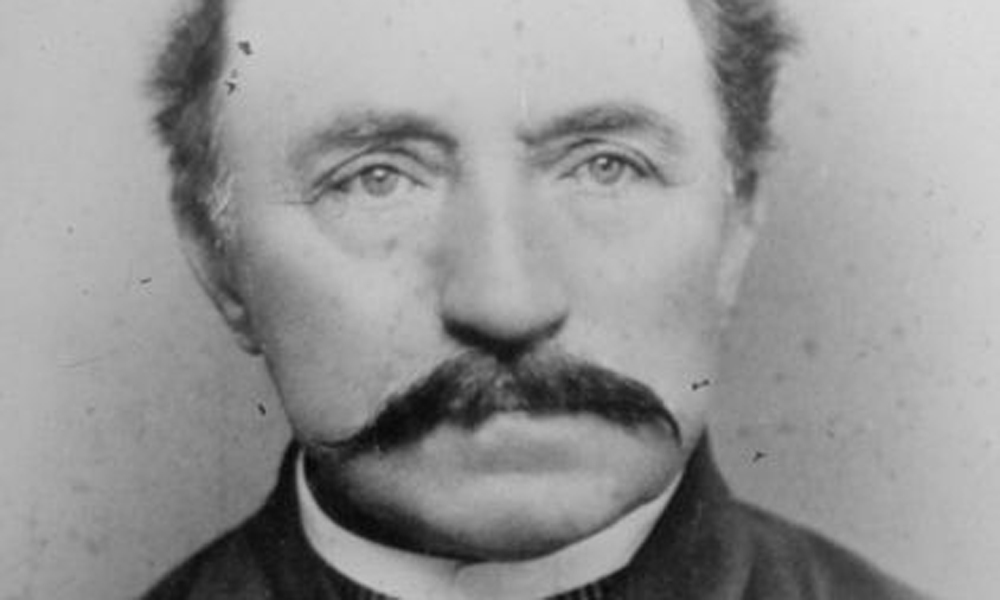 No sooner had a prospector’s pick struck paydirt in some out-of-the-way place than a stampede of pilgrims began arriving. Most of them were hell-bent on “mining the miners” or “separating some sucker from his poke sack.”

Among the first to arrive were the whiskey peddlers, soiled doves and land speculators. Hot on their tails were the lawyers. Litigation became the single most lucrative business in the mining camp and some of those early lawyers and at least one judge were the best money could buy. One prospector wryly observed, “We didn’t need laws until the lawyers got here.”

Like doctors, many were self-appointed and held court accordingly. Others were brilliant men like Joseph Kibbey and Richard E. Sloan, dedicated to the betterment of their profession. Both of whom would go on to become territorial governors in Arizona.

Sometimes a judge would be chosen simply because he was the only one in town who could read. Many towns had no official judge and usually a man respected for his knowledge would be asked to arbitrate disputes between two parties. If a man’s decisions appeared to be wise to the populace he would evolve into the role of justice of the peace.

In the 1850s during California’s vigilante days many of the miscreants, fearing they would be lynched headed for Tucson in the Arizona Territory. Soon the Old Pueblo was overrun with fugitives and the local magistrate, Mark Aldrich, decided on a novel way to get rid of the rascals. His town marshal was a muscular Latino who erected a whipping post in the middle of the plaza.

Aldrich would sentence the culprit to ten lashes, administered by the marshal. The prisoner was tied to the whipping post and given five lashes. The magistrate would then inform the prisoner he was to return at noon the following Saturday to receive the second half of his punishment. In no time at all those bad guys headed for distant places.

Justice on the frontier in the early days had a lot to do with common sense. A person charged with a crime who was well-liked and well-known in a community was more likely to get off easier when charged with a crime than a stranger who was just passing through. Judge Lewis St. James in the mining town of Jerome was totally deaf and never heard a word of testimony but he knew most of his constituents personally as well as their personal habits, good or bad and rendered his decisions accordingly.

Another was Charlie Meyer of Tucson. He was born in Germany and arrived in Arizona with the army 1858. His military experience serving in the hospital corps taught him to mix medicines and after his discharge he opened a drugstore. Soon the locals began referring to him as “doctor.”

In 1864 they elected him justice of the peace, an office he would continue to hold until the turn of the century. Charlie Meyer owned two books, Materia Medica and The Technique of Setting Bones. Both were in German and when the situation called for rendering a tough decision he would pull out Materia Medica and pretend to study it. No self-respecting citizen would dare challenge something that came from a book.

He could be tough on lawyers too. More than once he jailed both the transgressor and his attorney.

Among his many accomplishments, Judge Charlie initiated a chain gang system in Tucson to clean the streets.

One of the rowdies who appeared before him on a regular basis was “Olive Camp” Johnny Divine. Johnny was a steady, hard-working miner during the day but a menace when full to the gills with alcohol. One of his favorite hijinks was riding up and down Congress Street shooting holes in the sky with his six-shooter.

Judge Charlie warned him to tone it down but soon he was back in court. “What have you been doing now? the judge asked.

“Painting the town!” came the reply.

Judge Meyer expected the same of himself as he did his constituents. When the town marshal ticketed him for speeding in his buggy Charlie took his medicine like a man. From the bench he sternly lectured himself, then got up and marched around to face the bench and paid his fine.

It’s easy to see why Charlie Meyer continued to be re-elected to office. Many citizens put aside their daily chores to come down to the courthouse to see him uphold the law.

And finally, there was Judge George Turner of Virginia City, Nevada said to be the most mercenary man on the Comstock Lode. His price to render a decision in your favor was $10,000. On the evening before the Judge Turner’s decision, a mine owner was scrambling raise the fee. He had no choice but to use silver dollars. It was standard procedure to take the money to the judge’s home after dark. He knocked on the door and Mrs. Turner opened the door clad in her night gown.

“I have brought the money.” He said.

“And I shall receive it,” she said, raising her gown to form a large basket. Horrors! The weight of the coins peeled off her gown leaving her standing in the doorway, buck naked and ten thousand silver dollars rolling down the street.

It was said the local newspaper, The Territorial Enterprise, had a glorious time covering the story.