A Watch to Die For 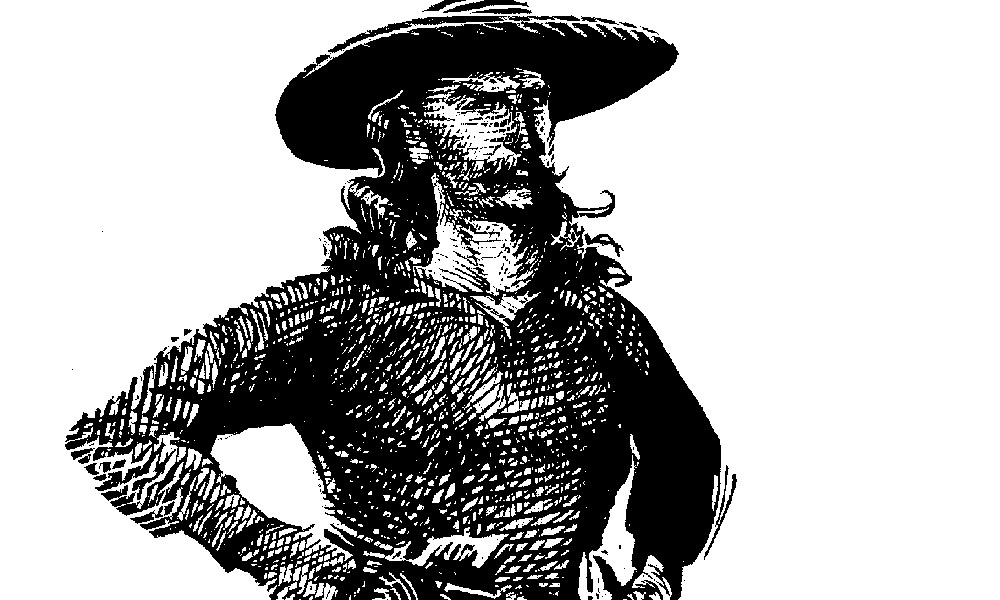 Dave Tutt walked onto the  town square in Springfield, Missouri, at 6 p.m. on a Friday. He was about to face off with a known adversary, “Wild Bill” Hickok.

Wild Bill and Tutt stepped onto the street, dressed to the nines, each with “two revolvers strapped to their belts.” Both were “noted scouts, desperadoes and gamblers.” Although they had once been friends, they got crossways somewhere along the line. (According to rumors, their tiff was over a woman.)

The two also had a gambling feud. One night, the former friends were playing cards when Hickok refused to play with Tutt again because he continually picked fights. To keep in the game by proxy, Tutt supposedly gave money to every man who played cards with Wild Bill. Unfortunately, Wild Bill was winning all the hands.

One hot night, at the Lyon House, Wild Bill was playing cards when a discouraged Tutt confronted him. Tutt accused Wild Bill of owing $40 for a horse trade. Wild Bill reportedly paid him, but then Tutt asked for another $35, claiming it was an outstanding debt from a previous game. Wild Bill disputed this amount, saying it had been only $25, but Tutt calmly reached over and picked up Wild Bill’s prized Waltham repeater watch off the table to take as collateral. He kept the watch for several days.

Wild Bill was not amused, and he announced that Tutt should not show off this prized possession. Rumors of Wild Bill’s threats spurred Tutt on, who vowed to “pack that watch across the [square] next day at noon.”

After Tutt’s boast reached Wild Bill, he was so furious that he threatened Tutt’s life, saying, “Tutt shouldn’t pack that watch across the [square] unless dead men could walk.”

Now, on this Friday evening, Tutt was on the square, and he was strutting. From across the square, Wild Bill yelled at Tutt, advising him not to carry the watch. Tutt put his hand behind him, but instead of reaching for the watch, he pulled out his pistol.

Both men fired simultaneously at the distance of about “100 paces,” said Col. Albert Barnitz, the military commander of the Springfield post and an eyewitness.

Wild Bill’s shot hit Tutt in the heart. The gambler stumbled backwards, before falling near the steps of the courthouse. Tutt was dead.

Colonel Barnitz arrested Wild Bill and handed him over to the local authorities, who charged Hickok with murder.