What History Has Taught Me: Rudolfo Anaya 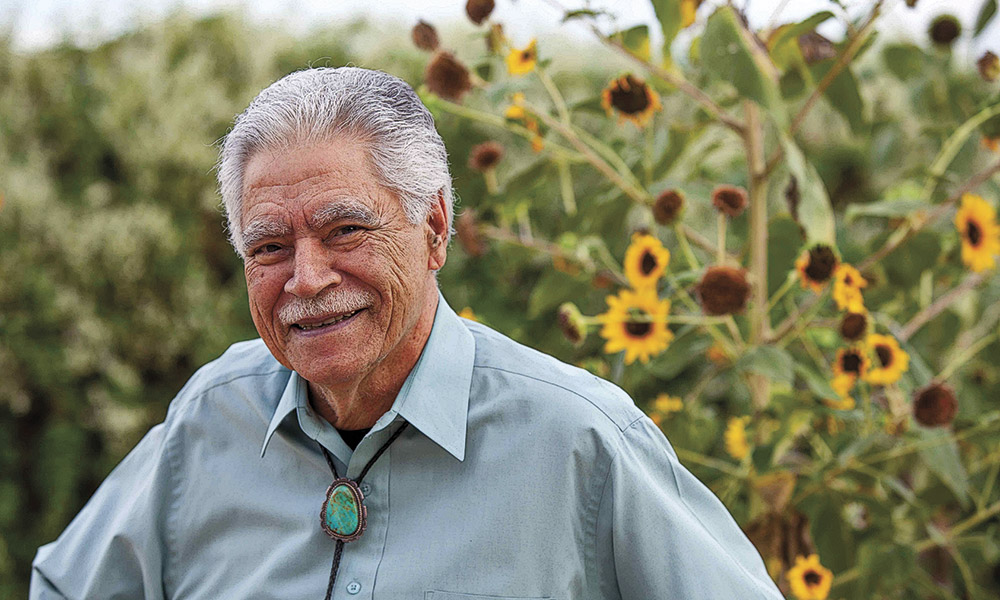 Rudolfo Anaya shot to stardom with his first novel, 1972’s Bless Me, Ultima, which got rejected by New York and Boston publishers, and found a home at a Chicano press in Berkeley, California.

He has authored works of fiction, nonfiction, plays, poems and children’s books, some of which he read at the White House for President Jimmy Carter.

His next novel, ChupaCabra Meets Billy the Kid, is due out this August.

I chose a series around Elfego Baca’s fictional great-grandson because Elfego is a hero to Nuevo Mexicanos. We know the story how Elfego stood against a group of Texas cowboys. There is a long history of distrust between Texans and New Mexico Hispanos. As the saying goes, “Poor New Mexico, so far from God, so close to Texas.”

The Billy the Kid expressed in my play is close to the Mexicanos of the Lincoln area of New Mexico. He knew Spanish and was often helped by the Mexicanos.

I spelled my 1992 novel Alburquerque with an extra “r” because I wanted to set history straight. In Spanish, we do pronounce the “r.” It is not extra.

Growing up along the Staked Plains of New Mexico was crucial to my creative imagination. It was my sense of place. I told Max Evans in a letter, “that llano created who we are.”

My father, Martin Anaya, worked as a vaquero around the Pastura area of New Mexico. His and my mother’s work taught me life is a struggle.

My earliest Old West recollections are the farmers of Puerto de Luna who took Pecos River water to irrigate their fields and orchards. They didn’t carry holstered pistols, like they do in Bonanza. These people built the West one adobe brick at a time. They built community.

I dove into an irrigation ditch when I was 16, hit bottom and was instantly paralyzed. You would be surprised how many farm boys got hurt when they dove into water tanks. I came out of the injury slowly. It is part of who I am. I can type with only one hand.

My mother helped me defeat paralysis and walk again by constant care, massages and love. She is now a saint.

Bless Me, Ultima cut across cultural lines because it is filled with spirit, and spirit is universal.

When I heard Tony Hillerman had praised me as the “godfather” of Chicano literature, I felt honored. RIP Tony.

The history of Americans of Mexican descent during the Old West frontier era is filled with injustice. The Americanos made life difficult for the Mexicanos and American Indians in various ways. Learn English and our laws or remain in servitude. I know firsthand my parents felt this oppression.

The issue of land is at the core of Nuevo Mexicano contentions. My ancestors came to the Southwest in 1598. Much of the land grants from Spain and later Mexico were lost in the 1840s. Remember the crooked politicians of the Santa Fe Ring? Remember Maxwell? By hook or crook, mostly crook, they stole large portions of Hispano land grants. The land, and water, remain at the core of Hispano tradition.

Magical Realism is best defined as the “marvelous real.” Reality is full of wonder; a writer just has to tap it. It helps to be full of awe in the natural world.

My favorite novel ever is The Man Who Killed the Deer by Frank Waters. He led us into the spiritual world of American Indians.

I am watching reruns of Bonanza. Great stories, but awful portrayal of Mexicans and American Indians. Aren’t so many Western movies like that? The guy with the white hat always wins. Maybe I should just think back to my father’s days and the cowboys who came to visit him. Those vaqueros were real.