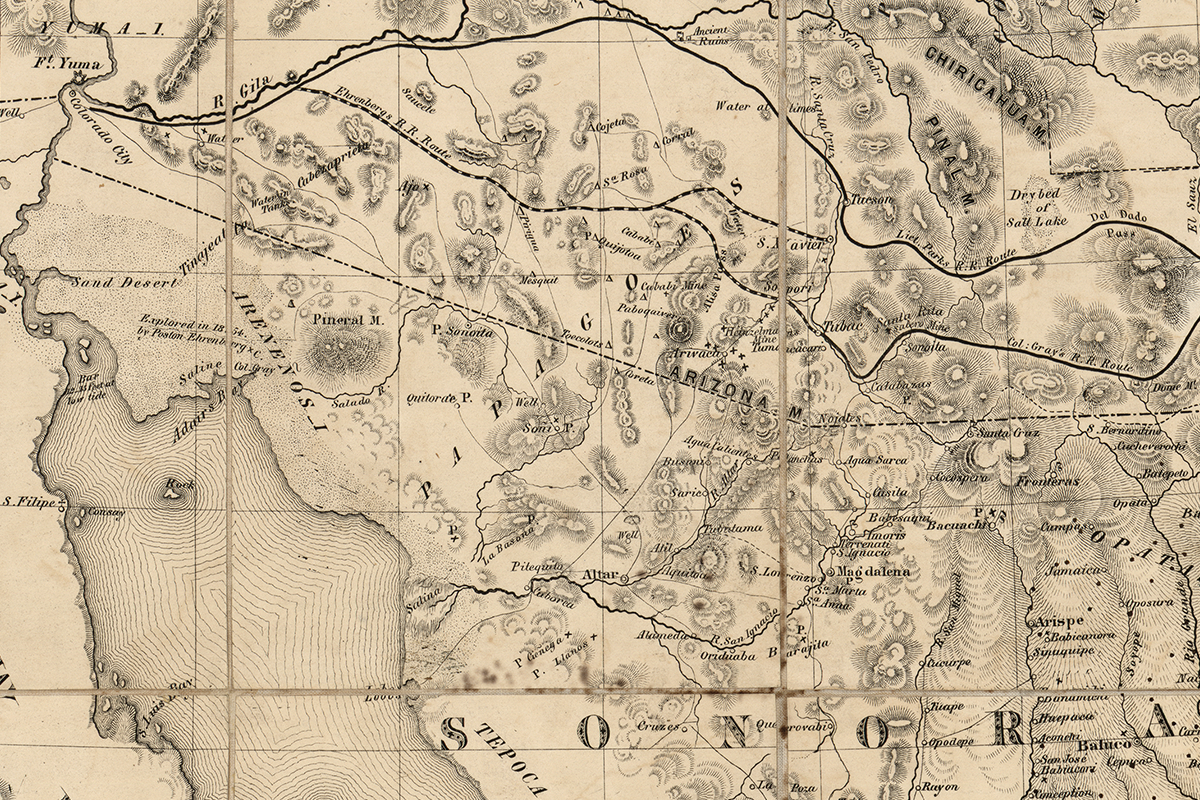 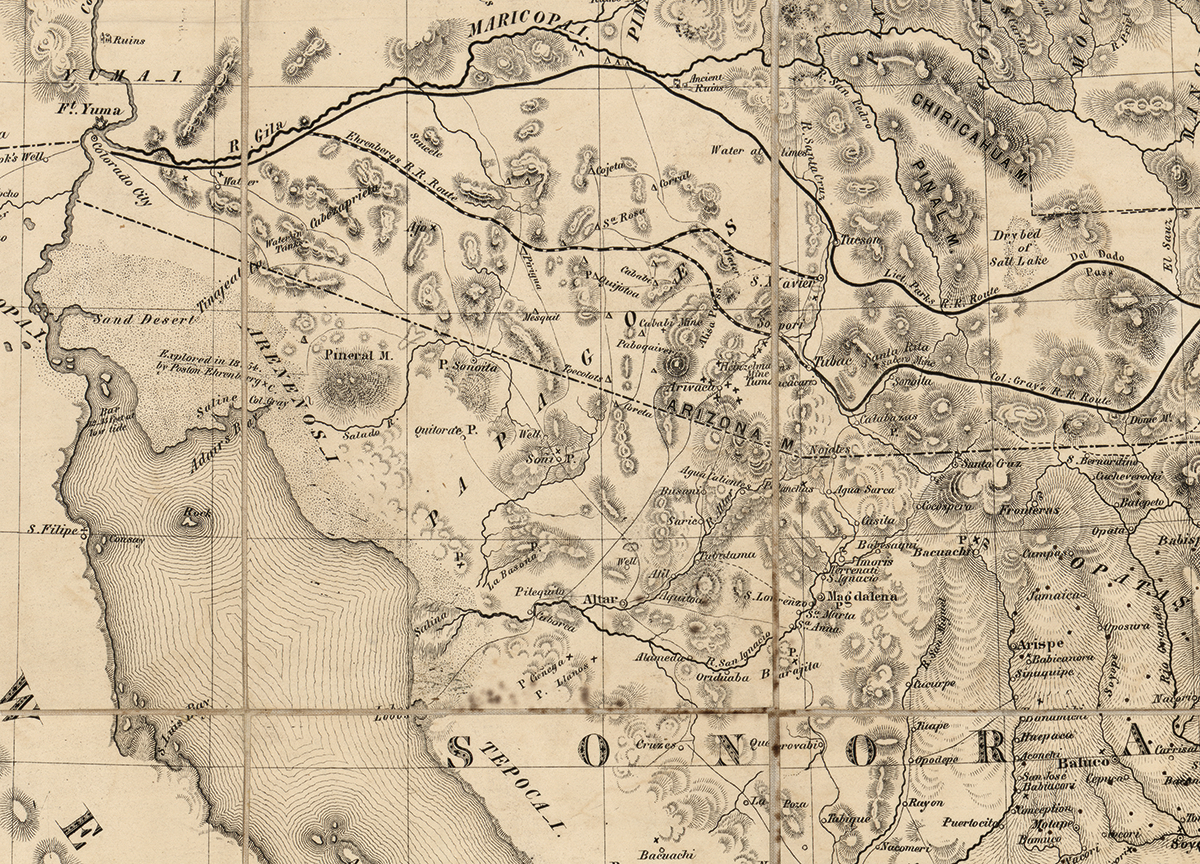 Henry Crabb and his troops wanted Mexican land—and got something else. Henry Crabb wanted new opportunities in 1857. The former California legislator had just lost a run for a U.S. Senate seat, and he thought he might find greener pastures in Mexico. He was dead wrong.

Using the connections of his Mexican wife’s family, Crabb made contact with revolutionaries in Sonora. He proposed bringing a 1,000-man force to help their cause. In return, each of the Americans would be given a plot of land to settle, potentially leading to a colony. The revo- lutionary leaders agreed—although there was suspicion that Crabb intended to conquer and rule Sonora himself.

But there were problems from the get-go. Crabb recruited only about 100 men; still, the group headed south to Sonora. And during the trip, they missed the news: the revolutionaries had routed the government forces. Crabb and company were not needed—or wanted. 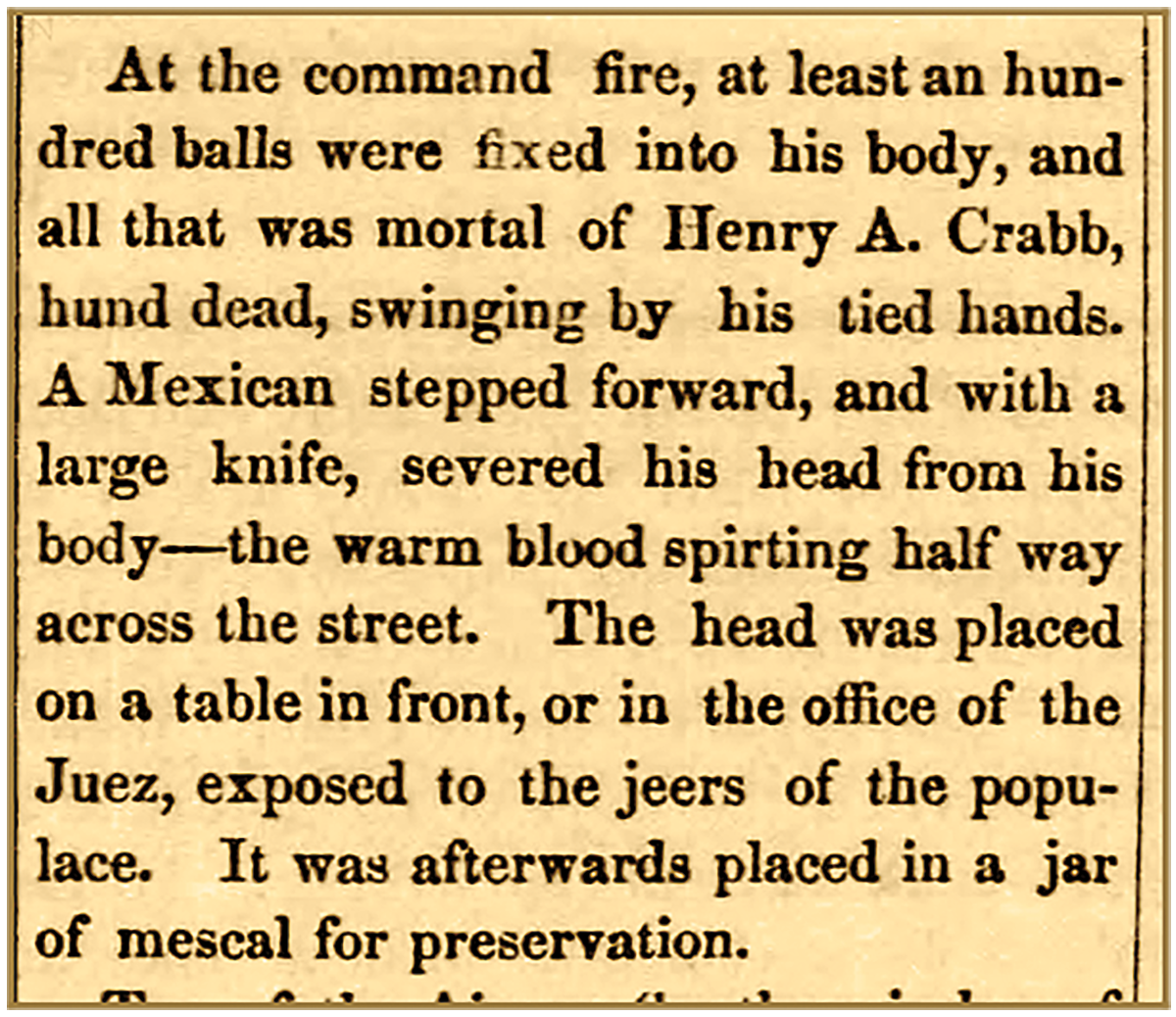 By late March, the expedition had reached the town of Caborca, where it ran into a force of around 1,200 revolutionaries, which included native Mexicans and Indians. The troops were incensed that these gringos had come to take their land. They attacked, forcing the Americans into and around the Mission Church. Up to 25 of Crabb’s men were killed in the seven-day standoff before their leader decided to surrender on April 6. He expected mercy and the chance to go back home. He was mistaken.

The Mexican leader Pesqueira ordered that the prisoners be shot. One of his commanders refused to carry out the order and left, taking 14-year-old Charles Edward Evans with him. The boy would be the sole survivor of the expedition.

The rest of the men—estimated at somewhere between 50 and 60 in number— were taken out and executed the next morning, April 7. 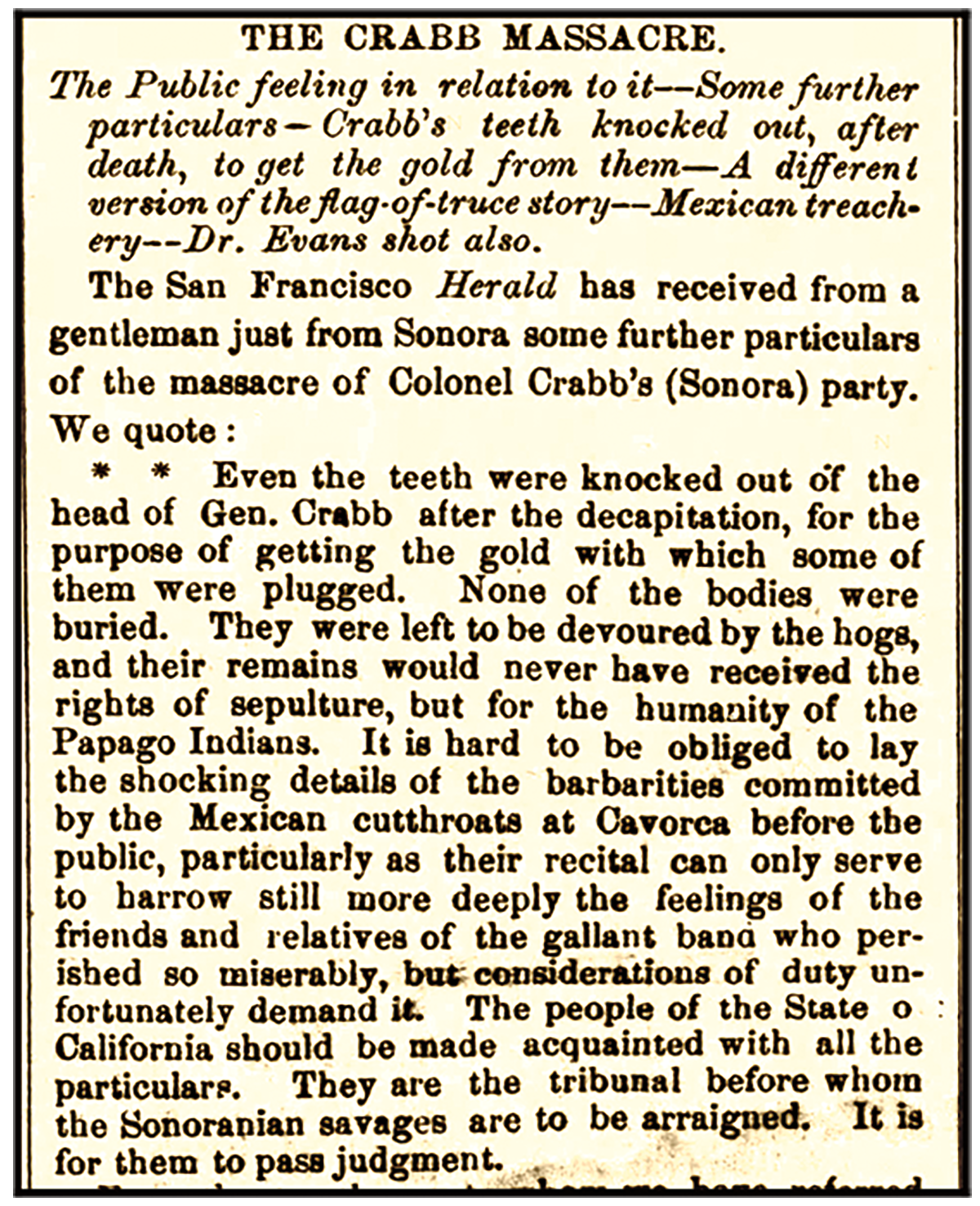 Crabb got the worst end of it. He was tied to a pole with his arms above his head and a huge number of Mexicans opened fire. Some of them claimed his body was hit by more than 100 bullets. The indignities weren’t over—Crabb was decapitated and his head pickled in a jar of mescal. Just what happened to it is unknown. 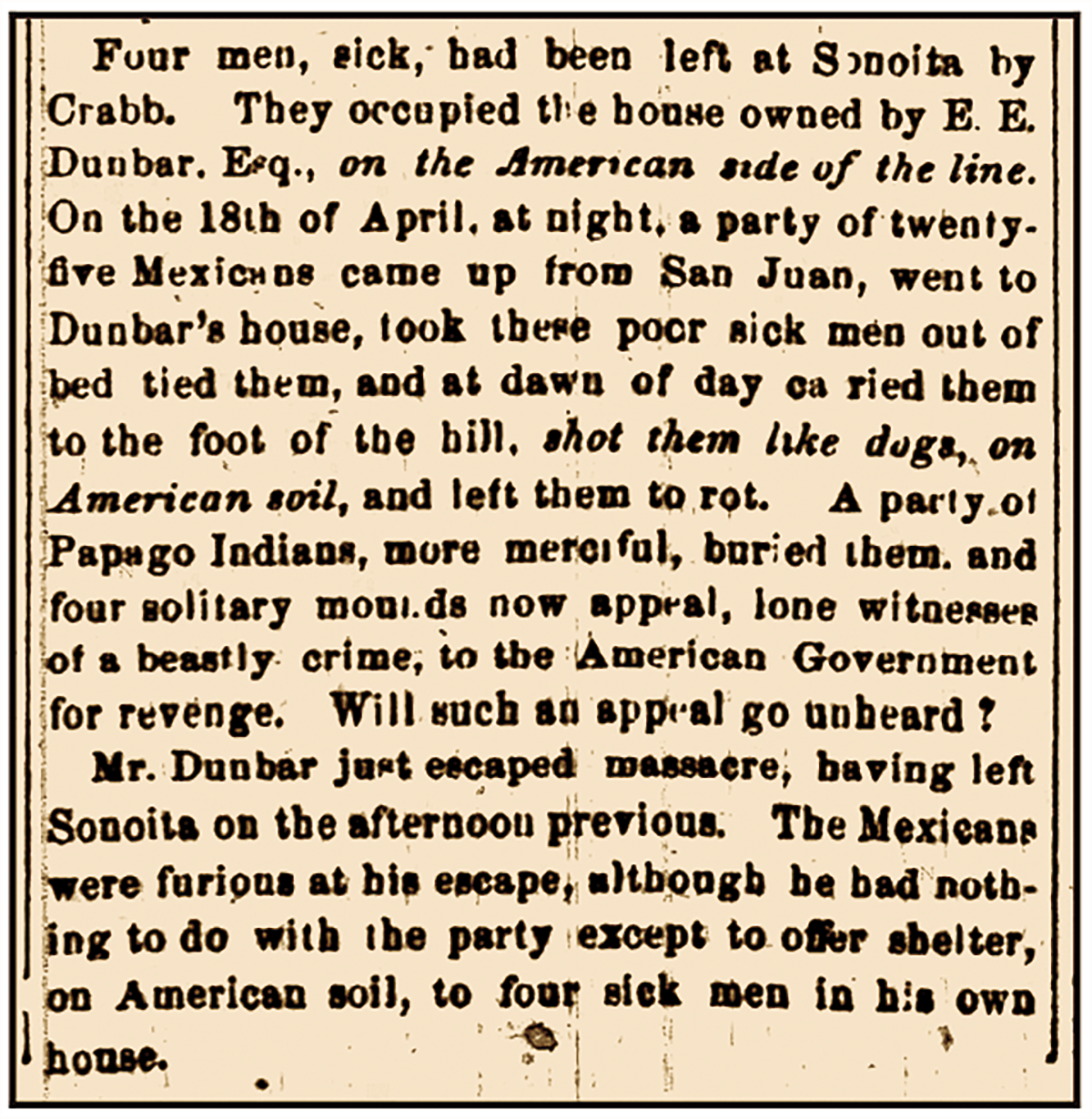 But there was more. A week later, some 20 Mexicans crossed into the U.S. and hunted down four members of the Crabb expedition, who’d been left behind because of illness. They were recuperating at a store in Tucson; the revolutionaries killed them. At about the same time, 20 Americans, who hadn’t heard about the massacre, entered Sonora, intending to rescue Crabb and his men. They barely escaped with their lives. A second group of 16 headed to Caborca; they were forced to surrender and then executed.

Henry Crabb’s failed filibuster invasion of Sonora, Mexico, the massacre of his men on both sides of the border and his gruesome death made sensational newspaper headlines across the United States in the spring and summer of 1857.

The situation could have turned into another war between the U.S. and Mexico, but neither government was eager for that. So after initial outrage, the Crabb expedition was forgotten.