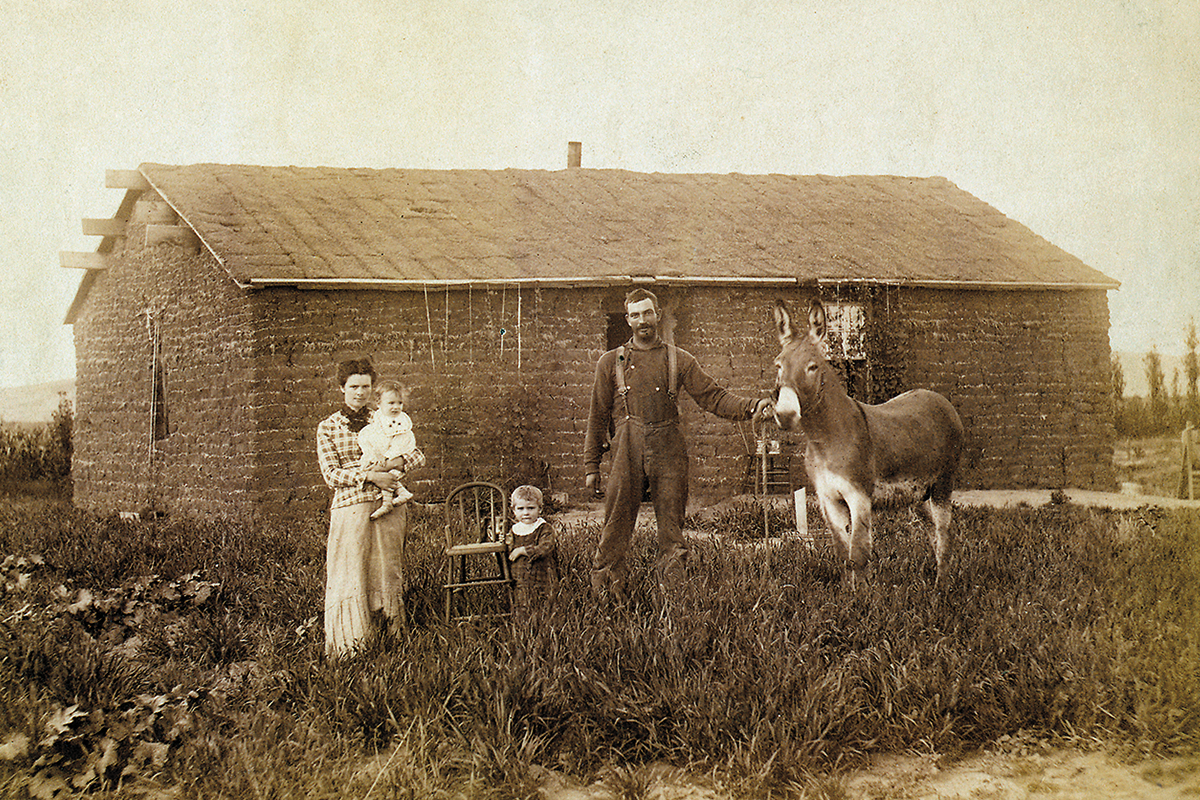 In many photos of Buffalo Bill, his hats are turned up on the right side. Do you know the reason why so many Old West characters did this? Allen Fossenkemper (Fountain Hills, Arizona)

A hat is an expression of an individual’s freedom, independence and style. They used to say you could tell whether a man was from Montana, Texas or California by the crown of his hat. The brim, turned up right or left side, gives one the image of a swashbuckling “Jeb Stuart” type. And image—then and now— can be very important.

When did the wagon trains going West come to an end? Jan Brown (Meridian, Idaho)

From the 1840s to the 1860s, more than 300,000 pioneers crossed the plains and mountains of the West along various routes including the Oregon and Santa Fe trails.

The arrival of the transcontinental railroads and the branch lines off the mainlines pretty much ended that era by the 1890s. Author David Dary writes in his Santa Fe Trail there were still a few small wagon trains who made the trek West in the years that followed.

Is it possible for horses to run themselves to death? Mike Anderson (Deer Park, Texas)

Yes. A horse can die of dehydration, heart attack and exhaustion if not rested periodically. Horses can run fast only so long, depending on the conditioning and the breed. Quarter horses are bred for shorter distances, while Arabian horses are noted for endurance. Even today, horses have died in the middle of a race or even afterwards. In wild terrain you’re actually better off to have a mule.

Prairie fever was also known as “prairie madness.” It affected settlers— mostly women—emigrating to the Great Plains following the Homestead Act of 1862. It was a depression, withdrawal, changes in personality that often led to violence—so it was an emotional issue.

Women were often left behind while their husbands made the daylong wagon ride to a settlement for supplies. The solitude became too much to handle. In extreme cases, suicide or other violence was the result.

A few years ago, author Glendon Swarthout wrote a best-selling book titled The Homesman that was later made into a movie starring Tommy Lee Jones and Hillary Swank. A homesman was a man hired by farmers whose wives succumbed to prairie fever. The men collected the stricken women and took them to nearby settlements where women’s societies would try to locate their families in
the East. If that failed, they would be taken to insane asylums in Chicago or other cities.

Were there any fish in what is now called Donner Lake that would have kept the Donner Party from starving? Dale Sain (Ewen, Michigan)

The emigrants were delayed several weeks by following the Hasting Cutoff which actually made them arrive late in the Sierra Nevada. They got caught in an early winter snowstorm, so the game was either holed up or had gone down to lower elevations, and the waters were frozen and couldn’t be broken. The people were literally snowbound.

Who is the man in the beginning of Gunsmoke who is shot down by Marshal Dillon? Veronica Boatright (Glennville, Georgia)

Arvo Ojala was the man who faced 6’7” Matt Dillon every Saturday night on Gunsmoke. He trained many Hollywood stars on how to handle a pistol—especially how to develop a realistic fast draw. He also designed the buscadero used on-screen in the early 1950s.

Jim Lockwood told me a few years ago the studio got tired of paying Arvo every week for that brief gunfight scene. So they had Glen Strange (who played Sam the bartender) take over the responsibility—at no extra charge.

Ojala said that, over the years, the Gunsmoke residual monies bought him several new Cadillacs. Arvo did okay.