Queen of the Soiled Doves 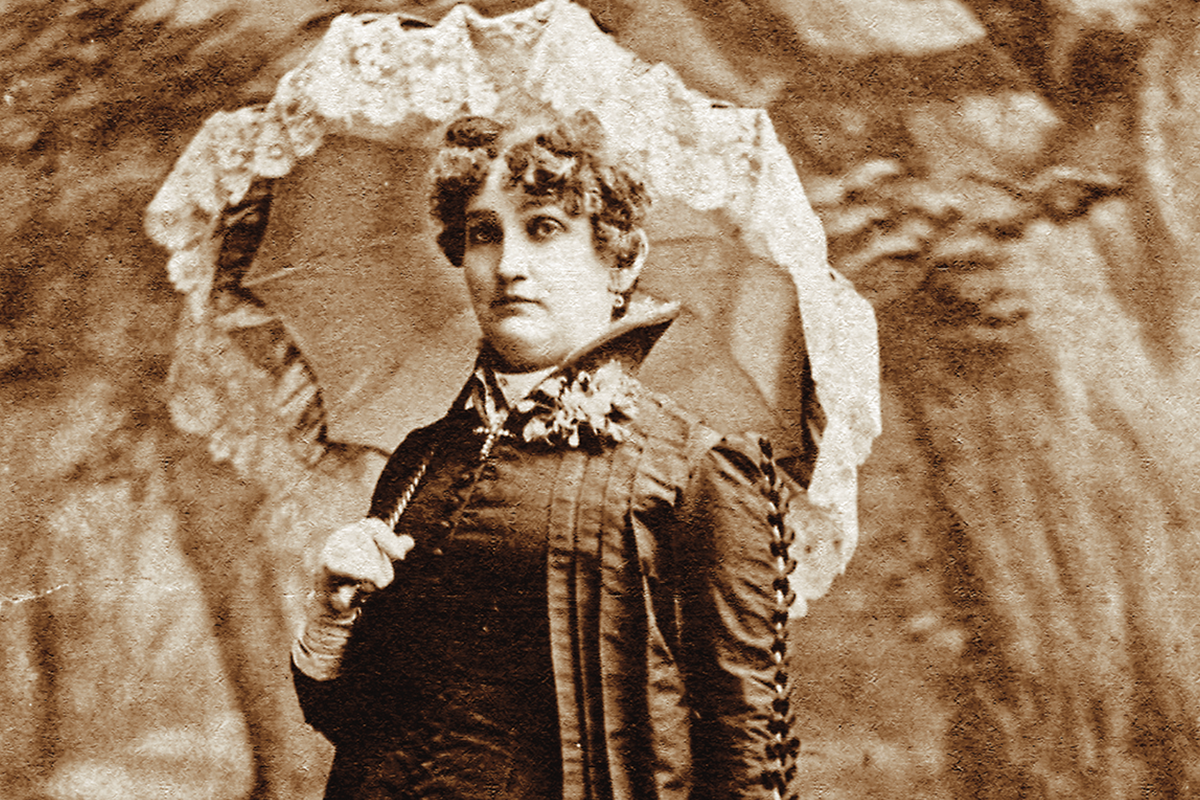 Just the sound of her name draws a mental picture: MATTIE SILKS.

Her girls were known to possess “the prettiest of faces, the tiniest of waists, the creamiest of bosoms, the daintiest of giggles, the best of conversational skills, the most imaginative of techniques, the perkiest of personalities…and the best of acting abilities (leading the customer to believe that she really cared),” notes Clark Secrest in Hell’s Belles.

Here’s how Secrest describes her: “Chubby and curly-locked, Mattie Silks was an enduring businessperson in an era when few women embarked upon any sort of business venture, enduring or not. She was successful in an enterprise that other women frowned upon outwardly but looked upon privately with some curiosity: Mattie Silks was a bordello madam— and a good one—famous throughout the West. Plus, she never apologized about it.”

She would boast that she made about $2 million in her career (and she spent it all). Mattie’s major failing was her lousy taste in men. It’s said that her last name came from her first husband, Charley Silks, but when and where she married him, and when and where she disposed of him, has never been established. What is known is that her “true love” was a good-for-nothing gambler, drinker, rustler and general scoundrel named Cort Thomson, who she met in 1877 and married in 1884. Seagraves describes him as “a cocky little foot racer who wore pink tights and star- spangled blue running trunks and bragged ‘he was too proud to do a day’s work.’” Instead, he took thousands from the woman who adored him, even though he beat her, cheated on her and embarrassed her publicly.

To get him out of Denver—and supposedly out of harm’s way—Mattie bought a 1,400- acre ranch near Wray where she kept Cort and her 21 racing horses (which raced in Denver under the ownership of Mrs. C.D. Thomson, who no one in Wray knew was the famous Mattie Silks).

Mattie died on January 7, 1929. She had a quiet funeral and was buried next to Cort. Handsome Jack died a pauper a couple of years later.

Where the term “Red Light District” originated? When railroad men in Dodge City, Kansas, visited a sporting house, they’d leave their red lanterns outside the door in case they were needed in an emergency. Madams quickly realized a red light was a good advertisement, according to Anne Seagraves’ Soiled Doves: Prostitution in the Early West.