Best of the West 2022: True Westerner of the Year 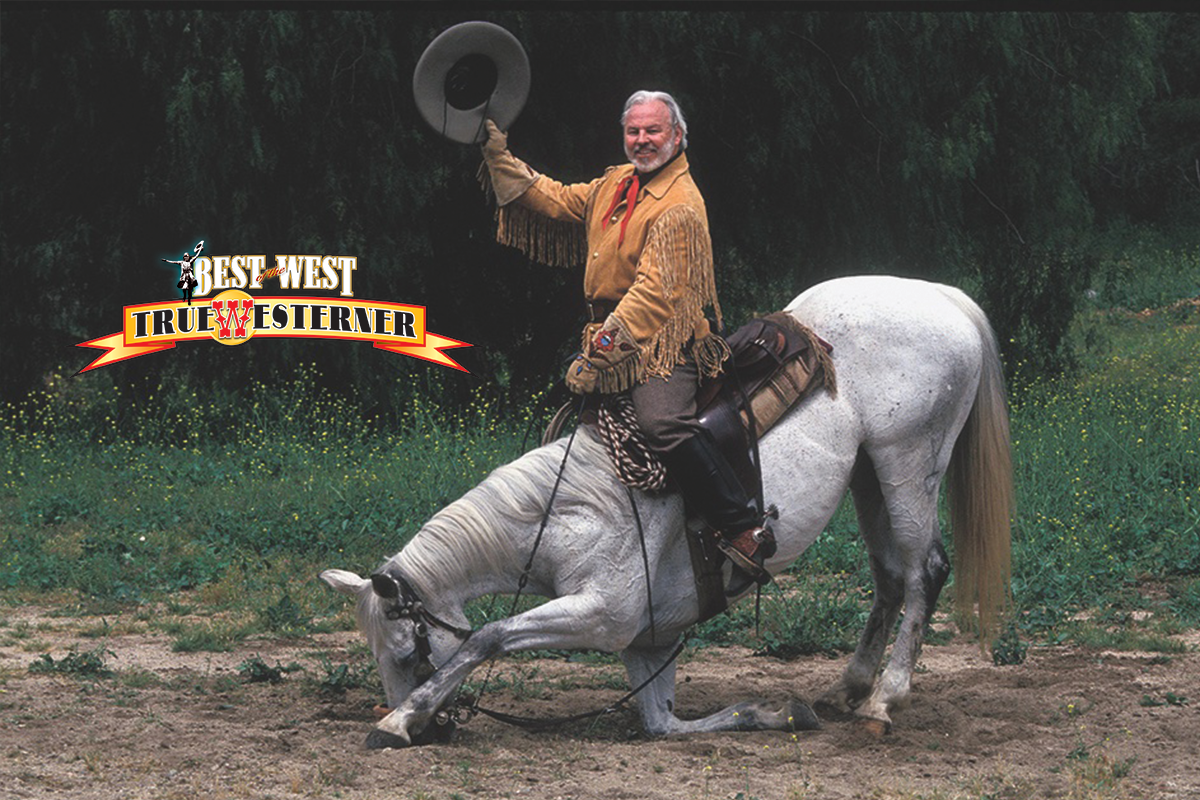 Riding – and Writing – for the Brand!

If you have ever spoken to Phil Spangenberger about the Old West, historical firearms, history, horses, hunting, Westerns—or almost any subject, for that matter—you will immediately realize that he loves life and all that he does. He has been True West’s firearms editor since 2003, and in that time has penned more than 200 articles and features for us. His expertise in  historical firearms and accessories, weapons, militaria, uniforms, frontier clothing and equestrian saddlery and tack is encyclopedic. He is also an expert on weapon use in Western cinema, a go-to advisor on firearms and weapons in film and television. (See column at right and Phil’s feature “Mr. Authenticity” on page 30.)

A native of Miami, Florida, Phil grew up loving horses, history and Westerns. “I was enthralled by the real people, especially those who explored the West, rode horses, fought battles and lived early on America’s frontiers,” he recalls. “What really captured my interest was watching the Walt Disney TV series on Davy Crockett (and the later technicolor movie) with Fess Parker—who about 40 years later I got to meet and spend a little time with.”

After his family moved to Los Angeles, California, in 1957, Phil graduated from high school and was drafted into the Army in October 1963. He served two years in the 6th Battalion, 27th Artillery. After his service he bought his first horse and “joined a group of like-minded historians called the ‘Military Memorial Regiment’—reenactors who wore the uniforms, rode horses, shot the old guns and learned the drills and skills of the 1870s 7th U.S. Cavalry and the Civil War-era First North Carolina Cavalry, C.S.A.”

By the early 1970s, Phil began writing about historical firearms. Through encouragement and a recommendation from his mentor, Garry James, Phil was hired in 1973 by Guns & Ammo magazine, a publication he would be associated with for four decades, including 35 years as the black powder editor.

Today, after many decades in Southern California, Phil lives with his wife, Linda, in Chino Valley, Arizona. She is an accomplished equestrian, having won numerous honors, including three Women’s World Championships in the Cowboy Mounted Shooting Association and one in the Single Action Shooting Society’s mounted competitions.

What does it mean to Phil to be named the True Westerner of 2022?

“To be named the True Westerner of the Year is indeed an honor that, when I think of those names who’ve been so honored in the past, I feel quite humbled to be listed among such talents as the late Larry McMurtry, Dr. Paul Hutton and others whose accomplishments are world renowned. I think to myself, “How the heck did this ol’ horseman ever get here? I’m just doing what I love.”

True to the West

Through the years, when Phil Spangenberger was operating his Red River Frontier Outfitters company, they made and supplied gunleather, costuming, assorted props and other services to many Western (and occasionally other genre) movies and television programs. The company brought authenticity to the screen. Here are a few of the highlights:

Unforgiven: Produced all of the gunleather for the stars of this Academy Award-winning film, except Clint Eastwood’s rig. Gunbelts and holsters made for stars Gene Hackman, Richard Harris, James (Schofield Kid) Woolvett and others.

American Outlaws: Created all of the 1860s- and 1870s-type holsters for star Colin Farrell’s Jesse James, the James-Younger Gang members and other cast members.

Tombstone: Produced the gunleather worn by the Mexican Rurales in the opening church wedding massacre scenes.

Wyatt Earp: Made nearly all of the historical gunleather used in the film by Kevin Costner, Martin Kove and others. Also supplied assorted costuming and several leather prop items.

Tall Tale: Created most of the gunleather used in this fantasy-Western movie, including the double gun rig used by star Patrick Swayze.

Pale Rider: Made most of the 1860s-era gunleather for star Clint Eastwood and many of the actors in this Western.

History Channel: On such shows as the Wild West Tech series, and programs like Conquerors, Texas Rangers, Comanche Warriors, The Hunt for John Wilkes Booth, and more, Spangenberger worked in coordination with Hollywood Guns & Props, and assisted in supplying horses, reenactors and select period artifacts.

Video Games: Assisted in firing an array of World War II pistols, rifles and full auto machine guns to be used as sound effects for the video games Medal of Honor and Allied Assault.