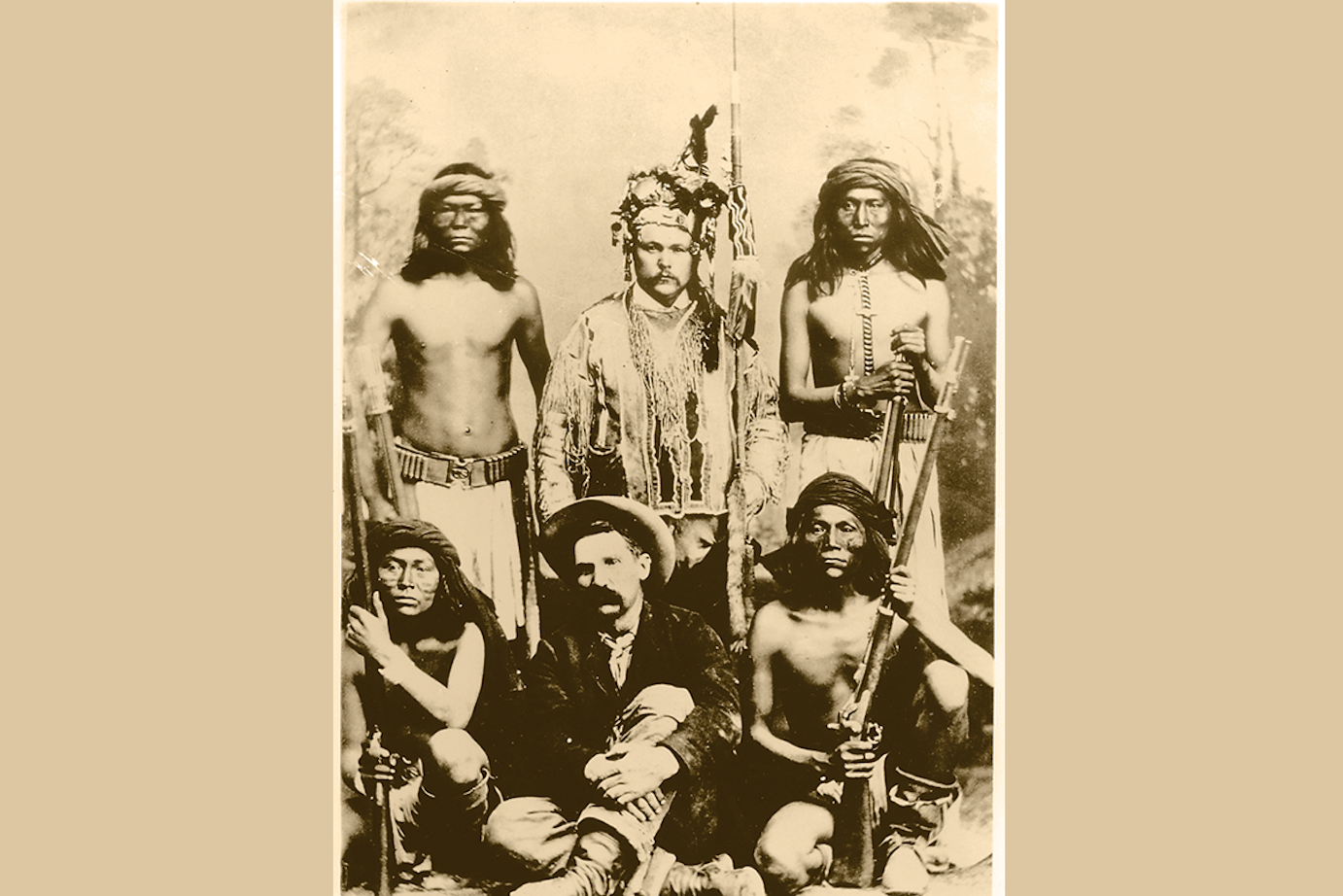 Tonto Apaches vs Al Sieber and the 5th Cavalry

Stationed at Camp McDowell, northeast of Phoenix, A.T., a unit of the 5th Cavalry, led by Lt. Walter S. Schuyler, has been on the hunt since December 1, looking for bronco Apaches (Indians who have left the reservation). Under Schuyler’s command are 11 enlisted men, 25 mules carrying supplies and ammunition, numerous civilian packers and 14 Indian scouts led by Chief of Scouts Al Sieber.

The scouts report their find to Lieutenant Schuyler, but he is afraid the hostile Tonto Apaches have already spotted the troops. If his force attacks straight on, the Apaches may escape into the rough hillocks northwest of Black Mountain. 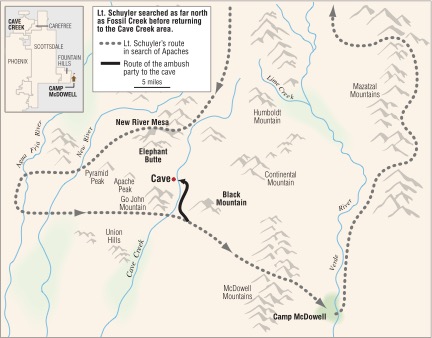 Several years ago, a group of Apache War buffs came to Cave Creek, armed with the lieutenant’s report and a couple metal detectors, and they scoured the famous cave for which Cave Creek is named. At previous Apache battle sites the buffs had visited, including Horseshoe Canyon and Dragoon Mountain’s South Pass, they discovered numerous bullets and casings. Unfortunately, they didn’t find any bullets in the biggest and most well-known Cave Creek cave. The Army report doesn’t specifically name the cave the battle was fought in (several other caves are in the area, but none are big enough to hold nine huts), and so it remains a mystery as to where the December fight took place.