Billy the Kid, Gunfighters and Rewards 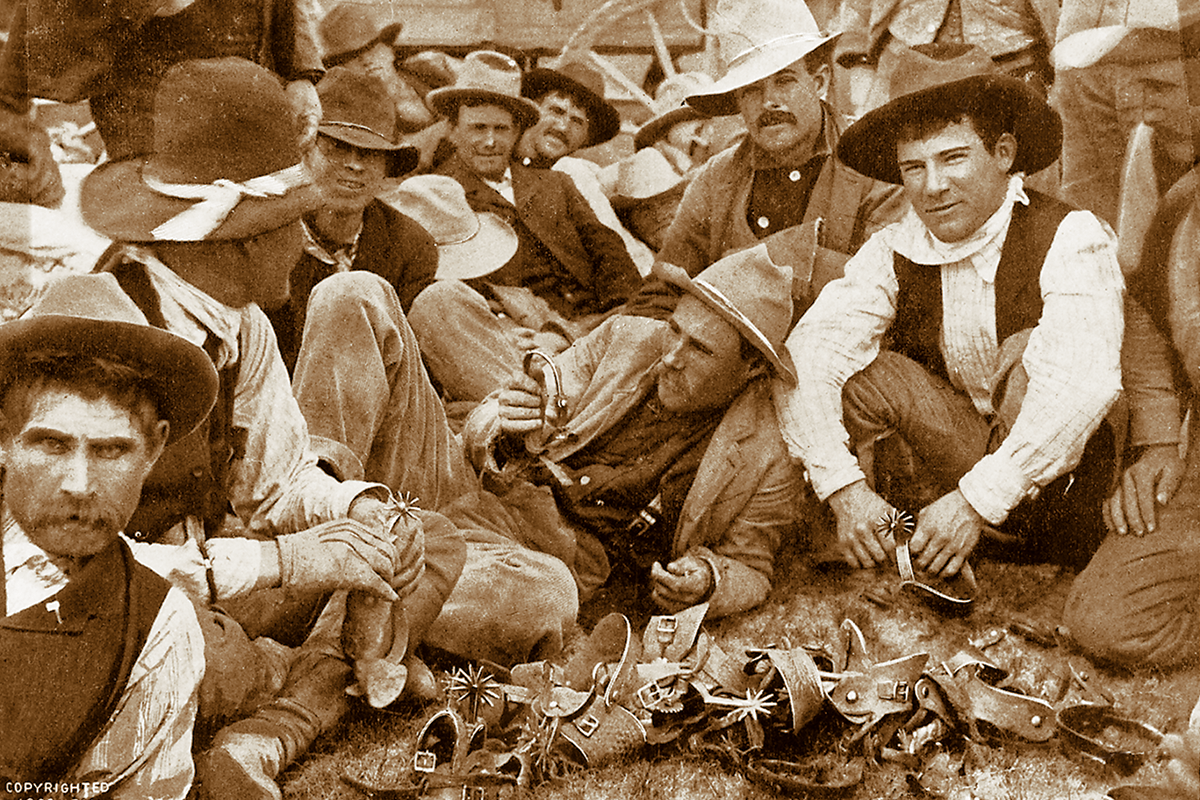 During a film class on Western films it was observed while watching the film The Gunfighter a main character was wearing one spur throughout the movie. Back in the real West days, did a cowboy, or in the case of the movie, a town marshal, wear one spur as a normal matter of dress or was one spur an exception and two spurs the normal?

Spurs are used to communicate commands to your horse. A slight touch of the spurs can urge it to pick up the pace, move to the side, turn or settle down. Spurs also can help a horse focus on the rider and its task. It is unusual to see someone wearing only one spur, but there’s nothing that says you have to wear two.

Was the Griswold & Gunnison revolver made in .32 and .36 calibers?

Everything I know and have seen concerning the Griswold & Gunnison revolver says it was a .36 caliber. It was produced for the Confederate Army and was almost an exact copy of the 1851 Colt .36 percussion cap and ball revolver, except it had a brass frame instead of steel. This was because of the scarcity of metals in the South. The company was able to produce only about 3,600 pieces before the factory was destroyed during Sherman’s campaign through Georgia in 1864.

Was Billy the Kid a bank robber? And why did he kill so many men?

No, Billy never robbed a train or held up a bank. If you’re talking about BTK killing 21 men, “one for every year of his life,” that was hogwash. Billy killed four men on his own and was a participant in five more. Considering the times and the fact that a war was going on in Lincoln County, that isn’t many, relatively speaking.

Doug Hansen of the Hansen Wheel and Wagon Shop in Letcher, South Dakota, is the expert on anything to do with horse-drawn wagons. He says, “Correct, left-hand threads on the left side of the wagon to tighten as the wagon moves forward.”

How was reward money collected in the Old West?

Different entities paid bounties. For example, the government paid a bounty on Army deserters, but it was so cheap that few civilians made the effort. Back in the 1830s, the Mexican government paid a bounty on Apache scalps: 100 pesos for a male, 50 for a female and 25 for a child. Wells Fargo paid a bounty on stage and train robbers who robbed the express cars and stages. The Pinkertons paid bounties on outlaws who robbed their customers. Missouri Governor Thomas Crittenden placed a bounty on Jesse James. It was a tough business, and there were few “bounty hunters,” as they are portrayed in the movies. Most bounties/rewards were collected by duly authorized lawmen.

Was Wells Spicer a judge or a justice of the peace?

Wells Spicer was a justice of the peace. A justice of the peace is a judge of a court of limited jurisdiction, a magistrate or a quasi-judicial official with certain statutory or common law magisterial powers. Proceedings involving justices of the peace are often faster and less formal than those in other courts. During a trial, the justice of the peace will hear and weigh evidence, then deliver a final decision and, if a defendant is convicted, impose a sentence.