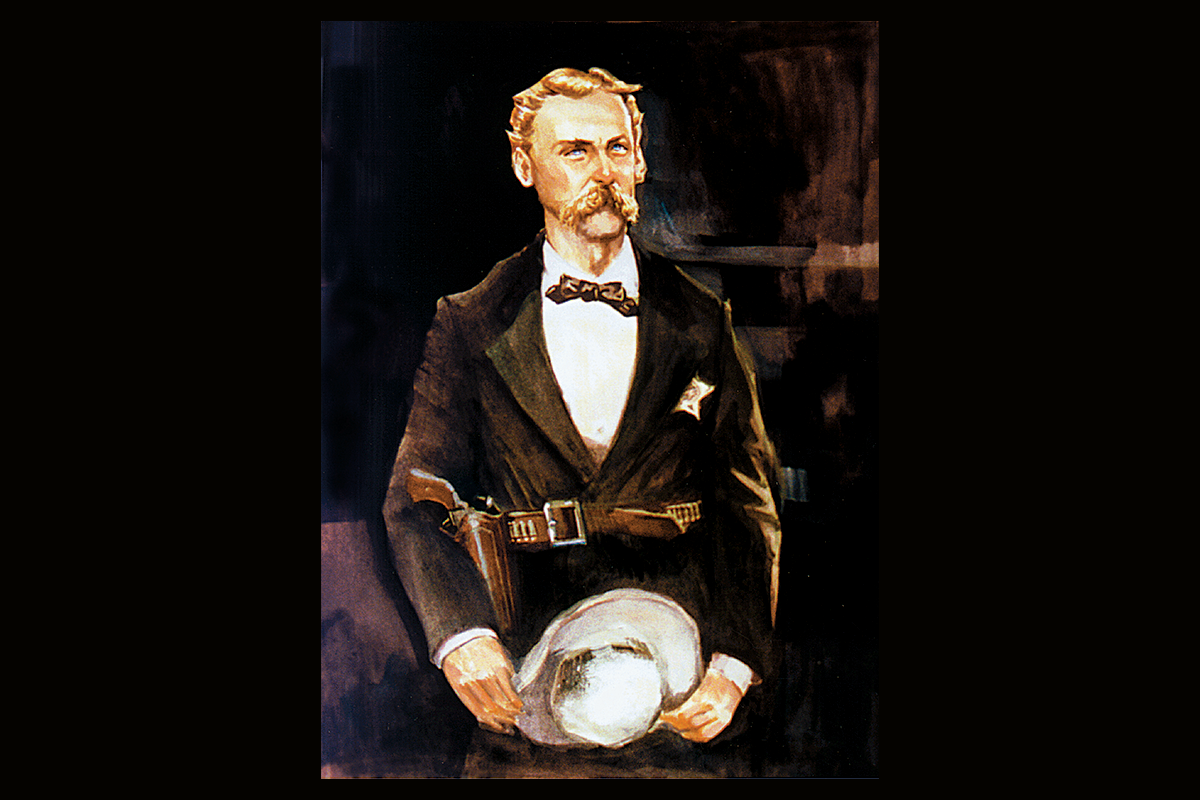 The feud continued long after the two had left Tombstone.

Wyatt Earp. William “Billy” Breakenridge. They were certainly on opposite sides during the Southeast Arizona conflicts of 1880-82. Breakenridge was part of a posse trying to capture Earp’s Vendetta Riders after the killing of Cowboy Frank Stilwell.

Later in life—in the 1920s—the two seemed to lower the flame, meeting on several occasions in what seemed to be pretty amicable discussions. Or not.

Breakenridge’s book Helldorado: Bringing the Law to the Mesquite came out in 1928. In it, the former John Behan deputy tore into Earp, questioning his character. Most galling to Earp: a claim that Wyatt wore an iron vest when he killed Curly Bill Brocius at the Iron Springs shootout. Earp denied that and wrote to his biographer, Stuart Lake: “Another one of his damn lies… If there ever was a mean contemptible person he certainly is the man.” Contemptible because Breakenridge in person acted friendly toward Earp, but in print he was quite different.

It looked like the battle between the two would reignite, but Earp died in January 1929. “His” book would be finished by his wife, Sadie, and writer Lake for a 1931 release. But before then, Billy Breakenridge offered his own valedictory on the “Lion of Tombstone.” The Arizona Daily Star tracked him down for an article published on January 14, 1929.

“Well, well! Wyatt’s dead. That’s the last of the Earps!” former deputy United States marshal and two-gun man of Tombstone’s “Helldorado” days, was thusly epitomized by Col. William “Billy” Breakenridge, “than whom there is none than whomer” as far as a raconteur of the early days of the mining camps are concerned.

Breakenridge was found in his room at the Old Pueblo club. He was in bed but had not retired. His first impulse upon learning of the death of Earp was to go to Los Angeles for the funeral, he said, but on a moment’s consideration decided that the trip would be too much for him at present. He only recently returned from the coast and had for the past few days been confined somewhat by a cold.

“There were five of the boys,” Colonel Breakenridge said, speaking of the Earp family. “They were Virgil, the city marshal; Wyatt, the deputy city marshal, and also deputy United States marshal; Morgan, the policeman—all of whom lived in Tombstone; and there was Warren, who lived over in Willcox. Besides those four there was the half-brother, Jimmie, who died at that time.” [Note: James Earp died in in 1926.]

The colonel had much praise for Wyatt, and said, “He made a good officer and was noted as a brave man. All the while he was in Tombstone he held office of some kind, either in the United States marshal’s office or with the city.”

“Colonel Breakenridge is the author of a recent book on Tombstone’s ‘true story’—Helldorado. The book is probably the most accurate historically of any published about the mining camp, critics have said. In that book the colonel has much to say of the Earps, and the days when Wyatt Earp was a peace officer are there retold for the benefit of all who care to read.”

The colonel closed with the statement that Wyatt Earp was “very loyal and true to his friends. He got into a good deal of trouble because of that loyalty.”

Of course, Helldorado’s “true story” characterization may a bit rosy. And Billy’s comments about Wyatt being a “good officer” and “brave man” were contradicted by his own actions in 1882 and his words in the book.

In any case, Breakenridge died in January 1931, just months before Frontier Marshal began creating the myth and legend of Wyatt Earp. For decades, Wyatt would be known as brave, courageous and bold. Breakenridge would be painted as an effeminate weasel. And even today, the battle continues…