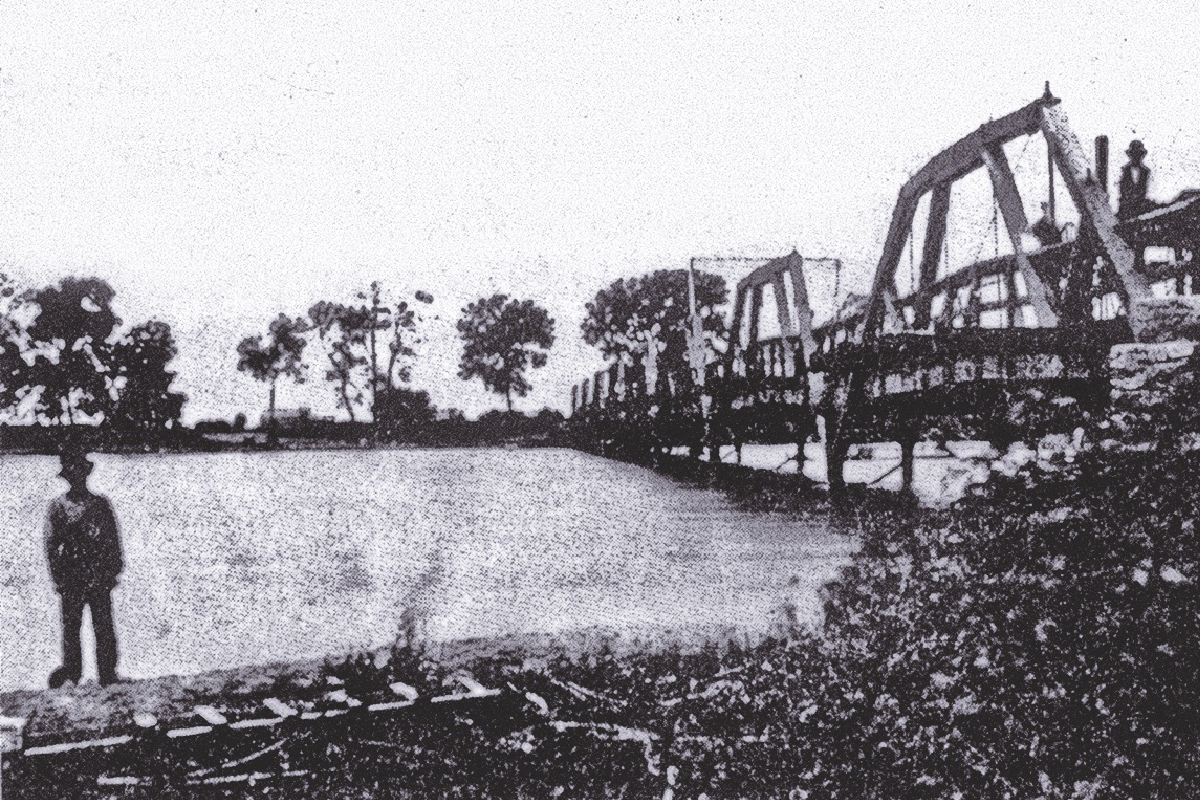 “Mollie” Takes One in the Stomach

In His Cups & Blue Whistlers

Big Red Beard is deep in his cups as he goes to his room in the back of his saloon in Delano, Kansas, and returns with his signature shotgun and a pistol. Laying the shotgun on the end of the bar, Big Red drinks up before taking his shotgun and stepping outside.

Returning an hour and a half later, sans his shotgun, Big Red points his revolver at a white doorknob in the hall and fires. Customer Tom Pope draws his pistol to join in the fun, but Big Red turns and lays his weapon’s barrel against Pope’s head, warning him to put up his gun or be shot.

Someone nervously suggests a dance. Big Red dances for about an hour, then leaves. Bartender Walter Beebe tells two patrons to follow Big Red and try to keep him out of trouble.

Ten minutes later, Big Red returns and heads immediately to the east window of the saloon’s dance floor, where he stands brooding for about five minutes. Everyone  watches him with apprehension. He finally steps back, raises his six-gun and, using both hands, aims and fires. His bullet goes through the window, leaving a gaping hole.

Bartender Beebe runs to the hole and sees a shattered window on the building next door. Racing back to the saloon bar, Beebe tells a patron that Big Red must have been shooting at their next-door competitor, Rowdy Joe Lowe. Several minutes later, Rowdy Joe bursts into the saloon, clutching his neck with one hand and holding a shotgun with the other. Fuming, he asks, “Who just shot me?”

“I done it,” says Big Red, swaying in the dim light beyond the bar.

Rowdy Joe pulls his shotgun up to his hip and bellows, “Take it, you sons of bitches!” as he cuts loose with both barrels. (The bartender later testifies that Lowe had the “muzzle elevated” and may have been trying to intimidate the crowd rather than kill anyone.) The two blasts rake the ceiling and east wall, and a patron at the bar, Billie Anderson, is hit on the bridge of his nose. Several Texas cowboys, in town to celebrate the completion of their cattle drives, scramble for the east door and disappear.

Big Red advances, snapping his six-shooter at Rowdy Joe and Kate Lowe, who has followed her husband into the saloon. (An eyewitness later testifies, “it did not go off.”) Before Big Red can fire again, Kate pushes her man out the side door.

Big Red looks around for more targets. He now points his pistol at one of his girls, Josephine “Miss Jo” DeMerritt, and sneers, “Did you put up a job on me?” She assures him she did not. He then demands to know where his shotgun is, and she remarks that maybe he left it in town. With that, Big Red throws her on the floor, cocks his pistol and points it at her. Before he can fire, the bartender and several others jump him, allowing Jo to break loose and flee to the back rooms.

The men finally let Big Red up, and he stands in the center of the dance floor for a minute until finally raising his revolver and firing a shot into the darkened hallway that leads to the back rooms. A scream is heard, and the bartender runs to see who has been hit. Beebe finds Annie Franklin (styled in the newspapers as “Mollie”) shot in the stomach. Evidently, Big Red has mistaken her for the object of his wrath—Miss Jo.

At some point, Big Red leaves the saloon, probably bound for town to retrieve his shotgun.

Meanwhile, Rowdy Joe has returned to his saloon and is reloading his shotgun. Kate dresses his wounded neck, all the while trying to dissuade him from any more bloodshed, but Rowdy Joe will not be denied. He slams the breech and steps out into the cold for another go at Big Red.

It isn’t long before a shotgun blast reverberates through the night, bringing out everyone from both saloons. Big Red is found prostrate on the Douglas Avenue Bridge, with a shattered arm and a ball lodged in his hip. Not long after, Rowdy Joe crosses the bridge and surrenders to the sheriff.

After running from the attempted murder charge in Delano, the Lowes headed to Texas to continue their rowdy ways. Joe and Kate split in 1876. Almost immediately afterward, Joe was married in Fort Worth to Annie Franklin, also known as Mollie, the same woman shot and wounded by Red Beard during that fatal confrontation. For her part, Rowdy Kate—post-Joe—ran dancehalls in Texas.

Rowdy Joe’s death was a bit anticlimactic. On February 11, 1899, he was in Denver’s Walrus Saloon—drunk, per usual. He began insulting another customer, E.A. Kimmel, who happened to be an off-duty policeman. Kimmel knew of Joe’s deadly reputation; he pulled his gun and shot Lowe to death. Rowdy Joe was unarmed. Kimmel successfully argued self-defense.

Author Richard Selcer believes Rowdy Joe actually got along with most folks. It was his drinking that made him mean—and deadly.

Big Red Beard lingered in agony for two weeks before expiring at 3 a.m. on Tuesday, November 11.

Rowdy Joe Lowe was found not guilty in the death of Big Red, but he was held on another charge of assault for intending to kill Billie Anderson. After losing his sense of smell and sight from the nose wound, Anderson filed suit against Lowe for damages in the sum of $10,000, but Lowe disappeared. Bartender Beebe was sentenced to three years in prison for aiding Lowe in his escape.

Miss Jo DeMerritt took over Big Red’s business, but she forged ownership of Big Red’s property on the deed, was found out and sentenced to 10 years in the state penitentiary. In 1876, a judge took pity on her plight and helped her receive a pardon.

After stints in Texas and Colorado, Rowdy Joe settled in Denver, and started a family. He became successful in the saloon business, but his old habits finally caught up with him. Still a big drinker, Rowdy Joe was fatally shot in a Denver saloon in 1899—13 years after he gunned down Big Red.