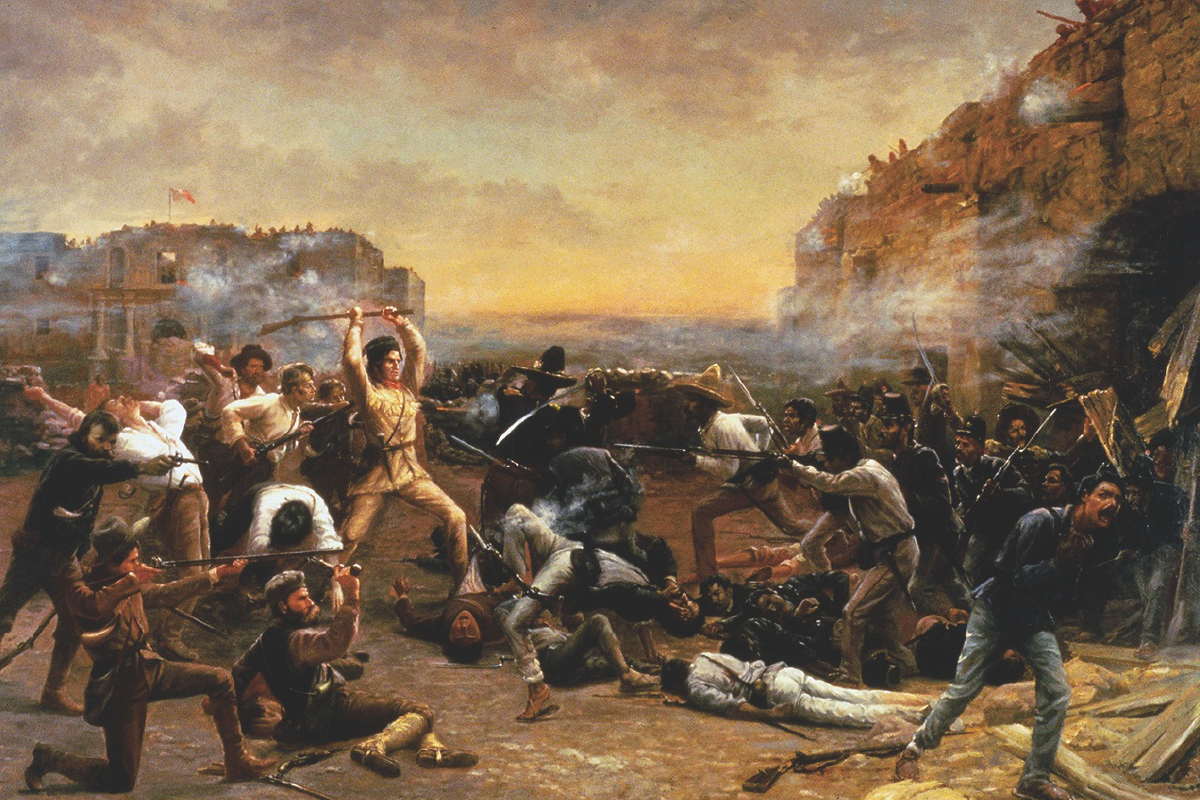 I live and work in Tombstone. I was asked by a visitor, ”What is the cultural significance of the Gunfight at the O.K. Corral—other than everyone seems to know about it?” What would you tell them?

The meeting of the two factions near the O.K. Corral was to settle an issue of control. Did the citizens of Tombstone and Cochise County want to follow the rule of law or did they prefer a laissez-faire or “hands off” style of government? Some of the factors—Democrats vs. Republicans. Town versus rural. And to a lesser extent, there were Civil War overtones as well. But in a very real sense, the greatest significance of the fight has been in popular culture—movies, TV, articles, books—that have not only kept the incident alive but have made it well known around the world.

During the battle of the Alamo, in March 1836, what flag was flown by the defenders?

If you want to believe the many movies Hollywood and others have produced about the Alamo, it was the Mexican tricolor of red, white and green modified by having “1824” sewn into the white stripe. There is no evidence such a flag ever flew over the Alamo. In fact, if there was a Texan battle flag at the Alamo, none of those who survived had any memory of it.

What was 40-rod whiskey?

Forty-rod whiskey is a facetious allusion to whiskey so strong it supposedly can kill at that distance! It was also known as Taos Lightning or by other local colloquialisms. There were various recipes for making the stuff: grain alcohol, a twist of tobacco, red chilis, a bar of soap, a rattlesnake’s head and a little Gila River water. They’d mix up a barrel, and when they thought it was ready, they’d drop a horseshoe in it. If the horseshoe sank, they’d stir in more alcohol until the horseshoe rose to the top.

I was watching the old television series Johnny Yuma, and the lyrics of the theme song sung by Johnny Cash say “Where the only law is a hook and a draw.” What does that mean?

Jim Dunham, president of the Wild West History Association and one of the nation’s best fast-draw artists says that the “hook” refers to “hooking” the trigger guard as you draw the revolver from the holster. He says, “The index finger needs to be wrapped in front of the trigger guard during a draw. Also, the thumb needs to be parallel with the ground so that the thumb joint wraps around the hammer. It is not possible to shoot yourself. All such accidents were due to improper grip.”

What Old West period was the most dangerous period in the Southwest?

In my opinion, it would be 1861 until around 1886. The Bascom Affair at Apache Pass (January 1861) set the Chiricahua Apaches on the warpath, along with the Yavapai and Tonto Apaches in the rugged central mountains. Under the skilled leadership of Mangas Coloradas and Cochise, the Apaches were a formidable fighting force. This made the Southwest, to use the old Kentucky phrase, “a dark and bloody ground.” All this coincided with the Civil War, which caused the military posts to be abandoned as troops were transferred to fight in the East. And while Cochise made peace in 1873, and the Yavapai and Tonto people were subjugated at around that time, it still wasn’t that safe. Roving bands of outlaws, range wars, mercantile and land fights and more pitted large groups against one another. There were occasional conflicts between U.S. citizens and Mexicans. Some Apache uprisings led by Geronimo continued until 1886, when the various bands finally settled on the reservations. But by that time, things had settled down to a great degree.