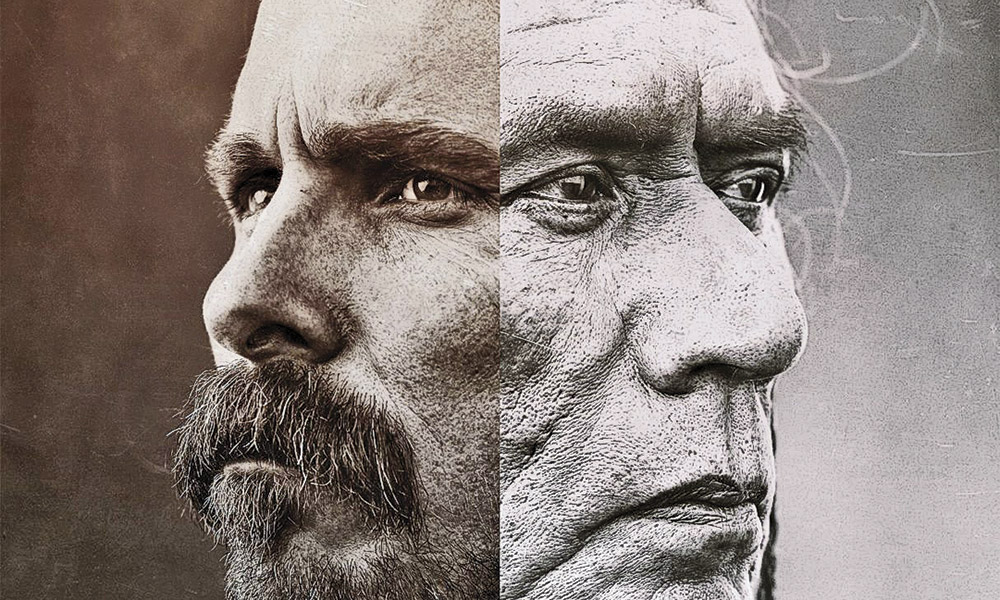 Hostiles is a deeply felt story, peopled by soldiers, American Indians and civilians who express their feelings with utmost caution.  Despite the familiar premise and the flow of the story, the people who populate it are happily unfamiliar.

New Mexico Territory Capt. Joseph J. Blocker (Christian Bale) follows orders, under threat of a court-martial and the loss of his pension, to escort Cheyenne Chief Yellow Hawk (Wes Studi) and his family back to their homeland in Montana, presumably to die. The movie becomes, in a sense, a “road picture,” with Blocker and Yellow Hawk gradually coming to grips with their intersecting pasts and their terrible memories.

Full of both quiet passages and jarring, unflinching violence, the Western, released this January, is written and directed by Scott Cooper. Cooper based  his script on a manuscript by the late Donald E. Stewart, an Oscar winner for 1982’s Missing.

As far as this year’s Oscar nominations went, Hostiles got zip. That this well- written, -directed, -acted and -photographed film can’t get any respect is a shame.

True West Magazine conducted a roundtable discussion to find out what others thought of the film.  I see Hostiles as the Saving Private Ryan of Westerns. Others offer their own take.

“Hostiles is, like all great Westerns, a quest story—but this time the journey is both physical and spiritual. The film is action packed, but the greatest impact is emotional. Beautifully filmed, brilliantly acted by all involved and insightfully written, Scott Cooper’s film is the best Western of the last 20 years. That it was not nominated for a ‘Best Picture’ Academy Award is a shame.”

“There are no good guys or bad guys in the West. Everyone was a victim. Everyone was guilty. It’s a movie about transformation and the power of forgiveness!”

“I thought it was an unfocused and surprisingly unengaging take on a fascinating topic, just like the director’s previous film, Black Mass. It certainly has a lot going for it, but it rarely connected for me. The native characters were woefully underdeveloped.

“I honestly don’t know what it is with me. The only Western from the past few years that I’ve really enjoyed was Slow West.”

“The story of the Indian Wars is dramatic enough without making up fake history, as they have in this movie. When you have hundreds of thousands watching it who don’t know American history, they will walk out thinking the U.S. government had Indians in cages in New Mexico in 1892.”

“[Hostiles] showed all races and people as good and bad. There was a through-line that whites took the land from the Indians, but at the individual level, there were good people who had done bad things and bad people who did good things (Yellow Hawk, in particular, of course).

“I thought the slow-burn worked great, and I loved Rosamund Pike’s reaction after burying her family. The scene took a long time, as I think it should. It felt like a woman who was truly lost and devastated after losing her family…not merely a plot device to introduce the character, fake a note of grief, then move on. It lingered….

“I thought the ending needed a little work…felt a little like ‘every single white person we meet is out to kill us, and they start shooting.’”

“I enjoyed the cinematography and the dark mood of the film. While some have complained it moved slow, it felt real to me. Spend some time in the saddle traveling (not pleasure riding), and you’ll appreciate that pace.

“The hit-and-run attacks from the Comanche were true to their character…. My only real complaints were related to the Comanche…why was there a Comanche raiding party in New Mexico in 1892? And why couldn’t they get the Comanche clothing a little more dialed in since there are plenty of images of them from before, during and after this period?”

“Hostiles was so bad, I was afraid that the music was by Carter Burwell, it was so lugubrious…. Our intrepid soldier-boy (played by the frozen face of Christian Bale) takes his groups of rag-tag, ne’er-do-wells over [instead of around] the mountains.  I was afraid that they’d never make it to Montana within the time constraints of a movie. Somehow they did, but not before that incompetent soldier-boy got almost every member of his band killed….

“I think I’ll go watch John Wayne’s The Alamo, where they have the more historically accurate birthday party for the little girl during the middle of a siege in which they are all gonna be killed! At least that was more believable.”

“Enjoyed it and disliked it at the same time. A great topic, historically miswritten as a script, that I felt needed much more polishing…. the main reason for the movie—the Cheyenne family—is completely underdeveloped as characters. Adam Beach’s character is sadly almost nonexistent, and his performance wasted.

“The scenery is beautifully shot, and reminds you of a [John] Ford Western. The cavalry equipment, tack and etc. are excellent. The native things, I felt, needed more work.

“Outside of some historical script issues, and what I felt was some stunted editing, it was a good Western, whose flaws kept it from being a great Western.”