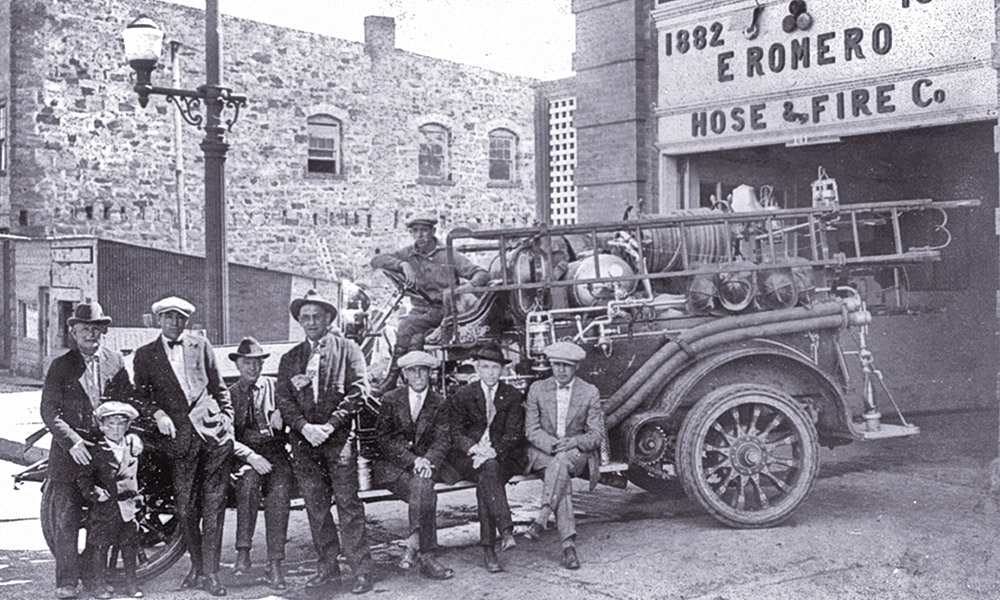 If Las Vegas, New Mexico, isn’t careful, this heritage town is going to end up with the most famous firehouse in America.

But until nine years ago, the firehouse sat vacant and decaying, with a roof threatening to fall in. That’s when MainStreet de Las Vegas stepped in to save the building, which was reconstructed after a fire in 1909.

Since then, not only the state, but also a national competition has taken note. By the time the renovation is done, this ancient building will become a fire truck and acequia museum to bring even more tourists into this historic city.

The firehouse will also commemorate one of the founding families of the city—five Romero brothers all were active in its earliest days. While he was mayor in 1882, Eugenio Romero established a fire department and financed the firehouse, filling it with state-of-the-art equipment, notes Cindy Collins, executive director of the MainStreet organization.

“We were the first major city in New Mexico, [larger than] Santa Fe and Albuquerque,” she adds. “We now have more historic homes and buildings per capita than any city in America.”

The firehouse promises to be a jewel in that crown. Collins explains the firehouse was built over one of the city acequias—an old water system of ditches. The location allowed the volunteer firemen to pump water directly into their horse-drawn carts.

Preservation began in 2009, with MainStreet’s “facade squad” that painted the vacant building and then donated it to the city for a museum. The next year, the city replaced the roof, saving the building from collapse.

Last year, the project received $150,000,  as one of the nation’s 10 favorite Main Street projects. That money from the National Trust for Historic Preservation will complete the museum, which will feature an 1888 Parisian hose cart and an 1883 brass bell, among other memorabilia of firefighting days.

All this attention is nothing new for a city that started life as a Mexican land grant in 1835 and prospered as a stop on the Santa Fe Trail. Numerous movies and TV shows—from Kevin Costner’s Wyatt Earp to the Longmire series—were filmed here.

Fame, move over for the E. Romero Hose & Fire Company.