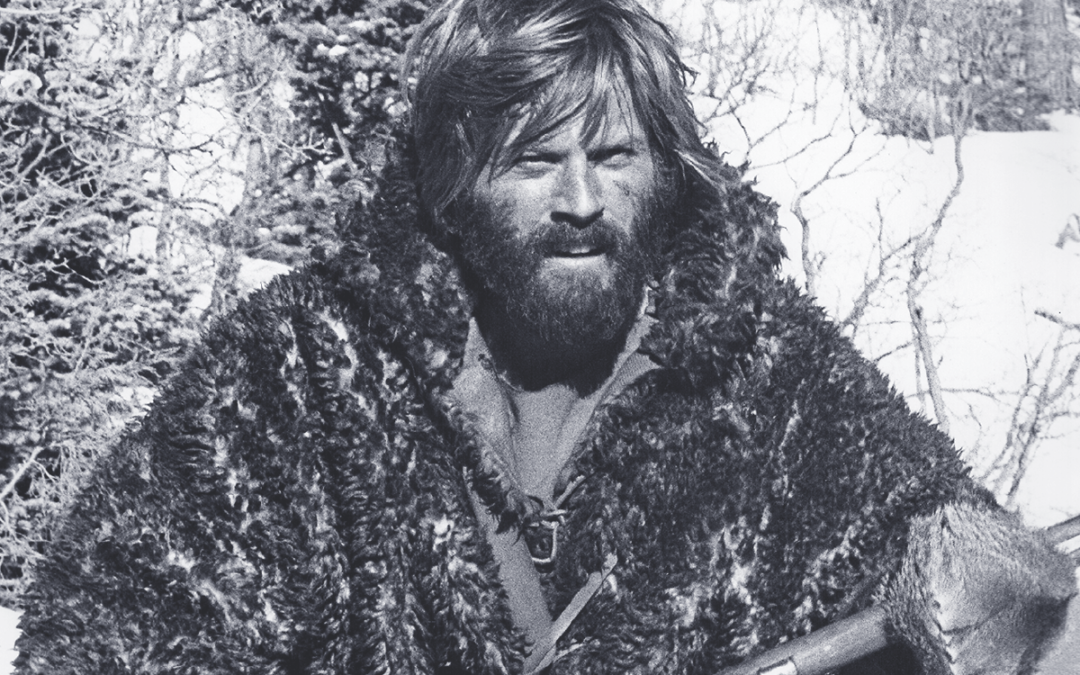 Half a century later, it’s still the best mountain man movie ever made.

Long before there was a grid to live off of, there were mountain men, and one of the most legendary was Jeremiah Johnson. When his Flathead wife was slain by a Crow brave, Johnson went on a vengeance spree, some claim killing and scalping as many as 300 Crows. And inspired by the Crow belief that the liver was necessary to enter the afterlife, he soon earned the sobriquet of Liver-Eating Johnson.

Originally intended for Lee Marvin, then Clint Eastwood, John Milius’s script landed at Robert Redford’s Wildwood Films at precisely the right moment: Butch Cassidy and the Sundance Kid had proven Redford was a leading man and a convincing Westerner. And director Sydney Pollack had proven with The Scalphunters that he could direct powerful Westerns, on time and on budget. Although two other writers would later work on the script, nearly all of the important dialogue and scenes came from Milius’s original draft.

With Warner Brothers on board, Red-ford was floored to learn that Pollack had agreed to shoot not in Utah, Redford’s and Johnson’s home, but in Spain, plus the Warner’s backlot. Redford refused, and refused Lake Arrowhead, threatening to become “ill” if necessary. When the studio insisted they couldn’t make the film in Utah for the $4 million budget, Redford guaranteed that he and Pollack would make up for any overages—a complete shock to Pollack. Happily, it came in on time and under budget. 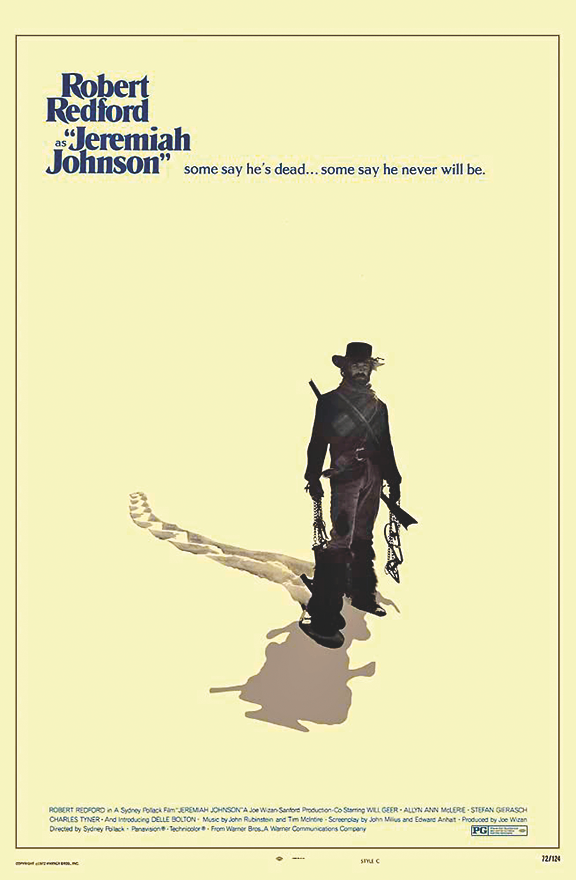 A flawlessly directed film, with imagery and editing which leaves one, by turns, in awe, and breathless, the performances are uniformly excellent. Redford is so convincing, going from novice to master outdoorsman, that it’s hard to imagine Eastwood or Marvin in the role. It has been described as the most beautiful, and saddest, of Westerns, but it is also one of the funniest. The scene in which mountain man Will Geer, doubting Johnson’s bragged skinning skills, chases a live grizzly into his cabin to skin, is alone worth the price of admission.

Johnson helps a woman who’s gone mad from having all but one of her children slaughtered by Indians.

The boy, Caleb, is struck mute by terror, and she thrusts the boy on Johnson. Josh Albee, who at 11 was a veteran of Gunsmoke, and the star of the final season of Lassie, remembers the unusual audition, with no dialogue. “I just went in with Sydney Pollack, and I got the part, I guess, because I was pretty expressive.” Josh remembers actress Allyn Ann McLerie, who played his mother, as never breaking character, even off-camera. “She was a method actress; she was always that crazy lady.” That same year, she was also the schoolteacher who loses all her boys to John Wayne in The Cowboys.

His other mother in the film, Delle Bolton, was cast as Swan, the last of 300 American Indian actresses interviewed. “She was meek; she was her part,” Josh recalls. “She was very happy to be there, and she was fun.” They made an unorthodox trio: Swan spoke only Flathead, Johnson spoke only English, and Caleb wouldn’t speak at all. He met Redford on-set. “He’d already been a big star. It was amazing how he was just like everyday folks. We’d always be laughing.”

There’s no doubt of Josh’s favorite memory from the set; he and Redford were on horseback, and the snow was causing continuity problems. “Redford was talking to me, the snow’s coming down, and then it would stop when we were halfway through [a take]. Cut! And he got very uptight. He said, ‘Let’s run lines,’ and we went galloping up the valley. And we got pretty far up, and he just laid out this chuckle like Jeremiah Johnson would and goes, ‘I just remembered: you have no lines!’”

Along with building up the romance, the biggest improvement to Milius’s script—dramatically, if not historically—was putting the killing of Johnson’s pregnant wife and Caleb into a context: scouts trying to rescue some lost settlers come to Johnson for help, and he reluctantly leads them. When they detour through the Crows’ sacred burial ground, his family is slaughtered. Johnson tracks down the Crows, and in overpowering rage destroys them. But he doesn’t eat their livers—the “Ballad of Liver-Eating Johnson” frequently referenced in the script became the less ferocious “Jeremiah Johnson” theme. And while, in a montage, he dispatches wave after wave of Crows in various settings, they always attack him: the idea that the braves wanted the honor of killing the famous Crow Killer, and he’s just defending himself, is much more palatable than watching a man who is supposed to be a hero trying to wipe out a people.

“I’m just so proud that I was part of it,” Josh says. “That’s my one giant accomplishment in my life, only I did it at 11.” Signing off, he added, “Watch your topknot!”

Terror on the Prairie

(Streaming on Daily Wire+, DailyWire.com). When Jeb leaves wife, Hattie, their son and baby girl on their snow-covered Montana farm to look for work, who should ride up but Justified’s Nick Searcy and his friends. Hattie foolishly invites them in for breakfast, but when she spots scalps on their saddles, she drives them out, and their siege on the farmhouse—which is most of the movie—begins. And soon we learn that they are attacking the farm for none of the obvious reasons. Hattie is former mixed martial arts champion-turned-actress Gina Carano, and Jeb is fellow MMA champ Cowboy Cerrone. Terror is extremely violent and bloody, and elegantly made, with solid performances in spite of some cliché characters and story beats, with spectacular use of locations and some original ideas.