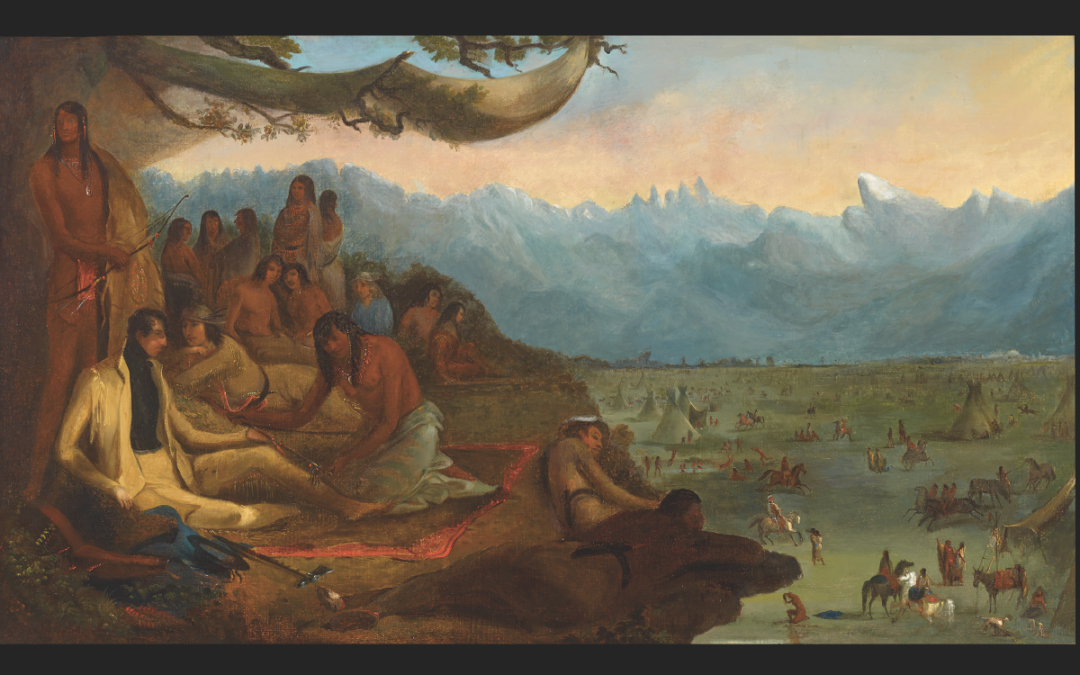 An adventure awaits those who follow the Western routes of the mountain men.

It might not be the most famous advertisement in the annals of Old West history, but when you look at the names who answered the call, it surely ranks up there:

The subscriber wishes to engage ONE HUNDRED MEN, to ascend the river Missouri to its source, there to be employed for one, two or three years. – For particulars, enquire Major Andrew Henry, near the Lead Mines, in the County of Washington, (who will ascend with, and command the party) or to the subscriber at St. Louis.

Among those answering the ad, which appeared in the Missouri Gazette, Missouri Republican and St. Louis Enquirer between February 13 and March 26, 1822, were Jim Beckwourth, Jim Bridger, David E. Jackson, Tom Fitzpatrick, Jedediah Smith and William Sublette. Even Mike Fink tagged along.

A Virginia native born in 1778, Ashley arrived at the lead mines in St. Genevieve, Missouri, in 1802 and moved to St. Louis in 1819. He became lieutenant governor in 1820, and in 1821—the year Missouri was admitted as the 24th state—he was appointed brigadier general of state militia.

Ashley befriended another lead miner, Pennsylvania-born Andrew Henry, who had helped incorporate Manuel Lisa’s St. Louis Fur Company and had partnered with Lisa on their upriver journeys, establishing a post at the Three Forks of the Missouri River.

Ashley and Henry had competition. The Missouri Fur Company, headed by Joshua Pilcher and Thomas Hempstead, had sent a party of 180 men up the river from St. Charles to the mouth of the Big Horn River in present-day Montana. Meanwhile, the French and Columbia fur companies were hard at work to launch their own expeditions.

Ashley and Henry were sweating. Supplies were late arriving, and a deal for a second keelboat fell through. That led Henry to decide to take more than 100 men on one boat and on horseback to reach the Yellowstone’s mouth and have a fort erected before fall. They shoved and rode off on April 3.

“They are described to be of vigorous and masculine appearance, well armed, and prepared for a 3-year tour through this almost unknown and savage country,” the New York Spectator opined. “This Expedition, it is added, can be truly said to be composed of the Yeomanry of Missouri, who have embarked in an enterprise which, if they are successful, will not only be very profitable to themselves, but a great national benefit; in laying the foundation for an extensive fur-trade, and proving, to the effeminate Sons who remain at home, that activity is the true source of wealth and greatness.”

Ashley stayed behind to find another boat and send it when the supplies finally arrived.

On May 8, a keelboat named the Enterprize, commanded by Daniel S.D. Moore, headed up the river with the necessary supplies. “… Ashley sat back,” Richard M. Clokey wrote in William H. Ashley: Enterprise and Politics in the Trans-Mississippi West, “to await reports of the expedition’s initial success.”

The first report, however, wasn’t good.

Moore returned to St. Louis without his boat on June 3. The Enterprize had capsized and sunk roughly 260 miles upstream below Fort Osage, established in 1808 by William Clark (now a national historic landmark in Sibley, Missouri). The men aboard survived, but $10,000 worth of supplies were lost.

Before the Mountain Men

This is a good time to point out that the Missouri River wasn’t uncharted waters by then. Just across the Illinois state line, at the confluence of the Missouri and Mississippi, Lewis & Clark State Historic Site near Hartford features an excellent 14,000-square-foot interpretive center and reconstructed camp at Camp River Dubois, the “point of departure” for the Corps of Discovery.

Ashley had work to do. “Creditors were still willing to back him,” Clokey writes, but Ashley had to sell his four city lots to help pay for a new keelboat and more supplies. Somehow, he came up with 46 new recruits and supplies—including bacon and pilot bread, so the men would not need to rely as heavily on hunting their supper.

Ashley also made another decision. “Leaving nothing to chance,” Barton H. Barbour writes in Jedediah Smith: No Ordinary Mountain Man (University of Oklahoma Press, 2009), “he decided to lead the expedition himself.”

They joined the Enterprize travelers and moved on land and the muddy Missouri.

Rollin’ on the River

They traveled past what’s now Council Bluffs, Iowa (Historic General Dodge House, Union Pacific Railroad Museum), and to newly established Fort Atkinson at present-day Calhoun, Nebraska (Fort Atkinson State Historical Park), then through South Dakota and past the mouth of the Grand River near Mobridge (Klein Museum), where Ashley traded with the Arikara Indians for horses that would be needed to get the trappers up the Yellowstone.

On October 1, Ashley and the reinforcements reached Henry’s Fort near the Missouri and Yellowstone rivers. They made plans for the coming enterprise, which would send trappers into Montana, Wyoming and other fur strongholds. The keelboat arrived two weeks later, and Ashley returned with furs, a plan and a vision. He was back in St. Louis in a month.

Sure, you can find lots of great mountain-men stories, and more than 100 legendary fur trappers, scouts, entrepreneurs and mountain men. But listen to James A. Crutchfield, Western Writers of America’s Owen Wister Award recipient known for his frontier nonfiction:

“Many fur trade companies existed in North America before William H. Ashley and Andrew Henry set out to ‘engage one hundred men to ascend the river Missouri to its source.’ Many more outfits were organized after the birth of this enterprise, which was the predecessor of the Rocky Mountain Fur Company. However, with the likes of Jim Bridger, Milton and William Sublette, James Beckwourth, Jed Smith, Thomas Fitzpatrick and other veteran mountain men on the payroll, few of the other companies could compete with the RMF and the success of Ashley’s brilliant innovation, the ‘rendezvous system.’”

Ulysses S. Grant is best remembered for winning the Civil War and his not-so-great presidency. Less known is a quiet life spent near St. Louis from 1854 until 1859. After resigning from the Army, Grant settled with wife, Julia, whom he married in 1848, on her family’s farm.

Turns out, he wasn’t much of a farmer, and by 1860 he was clerking in his father’s general store in Galena, Illinois.

Once totaling 850 acres, the farmland was sold off over the years while the home, called White Haven, remained privately owned before the NPS took over in 1989. Today, tours are available inside White Haven, and a horse stable, icehouse, chicken house and summer kitchen also have been restored.