A Legendary Year, an Epic Story 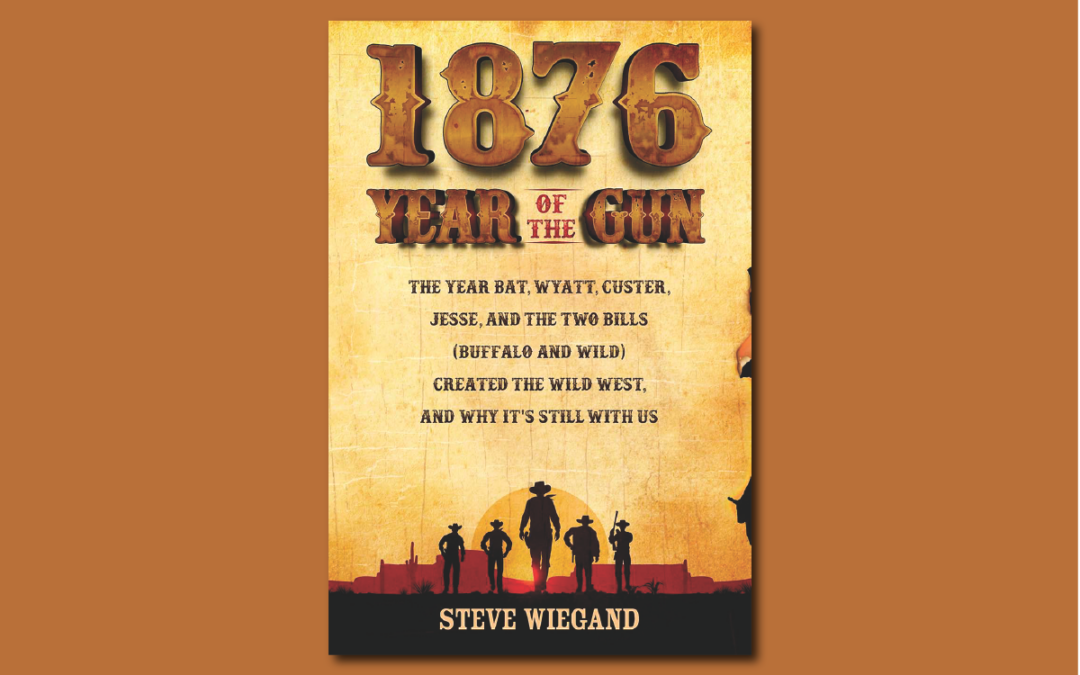 A rollicking chronicle of the West, plus a new Arizona Rangers history, new bios of Hopi potter Nampeyo and Apache Chiquito, and a new classic Western from Mark C. Jackson. 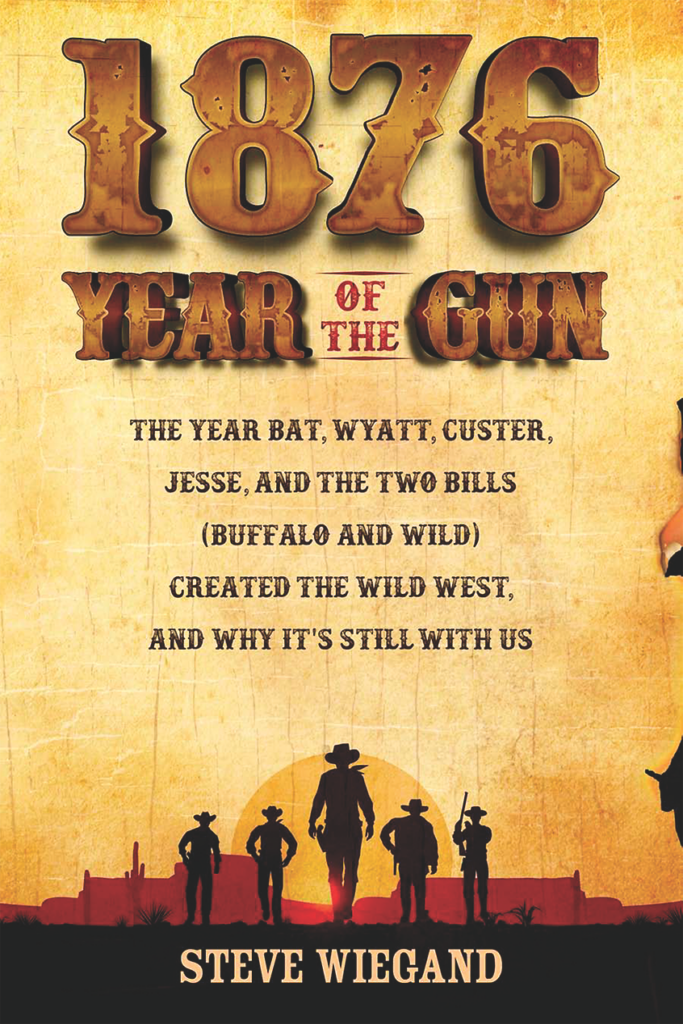 Nearly 150 years ago, America was a nation in total flux. President Ulysses S. Grant was campaigning hard for his second term. The economy was in shambles. Immigration from Europe was at an all-time high. Urban slums were overflowing with poverty and disease. Reconstruction of the South had failed. The industrial revolution was transforming the United States. Unions were on the rise. Railroads were expanding. Settlers, miners, ranchers and speculators were flooding the West. Grant’s Indian peace policy had failed, and America was at war with the Native tribes from Texas to California. 1876: Year of the Gun: The Year Bat, Wyatt, Custer, Jesse, and the Two Bills (Buffalo and Wild) Created the Wild West, and Why It’s Still With Us (Bancroft Press, $33) is journalist and author Steve Wiegand’s ambitious synthesis of this violent and transformative time in American history. He captures the reader’s imagination from the first page and promises a rollicking ride back in time to an era that significantly changed the country actually and mythically as much as any before or since. As Wiegand writes in his Introduction, “sometimes the legend and the fact are inextricably intertwined. Sometimes, what squeezes out is the truth.”

Readers of 1876: Year of the Gun will enjoy Wiegand’s easy-to-read, informative, journalism-style prose. The native Californian shares his own personal history of his love of the West—which many will identify with—that began in childhood with the Western heroes of television and the silver screen. The author expertly weaves the lives and legends of his book title’s subjects throughout 1876 and interconnects them with facts and national and international events of the era. And—what many will appreciate—Wiegand’s conclusions provide insight into the ongoing influence of the historic and mythic West on the present day.

For many of True West’s readers, the topics, subjects and events that Wiegand writes about will not be new to them, nor will his conclusions unravel any great unsolved mysteries of the West. But what the intrepid author’s synthesis of American history in 1876 does is inspire one’s interest in seeking a deeper understanding of the historic profiles, events, wars, tragedies, mythologies and legend makers at the foundation of creating what we and the world call the American West. As Wiegand notes so succinctly: “What all this should tell you is that in 21st Century America, the Wild West is still alive, and located wherever you look hard enough for it.”

What’s next for Wiegand? The former California journalist and American historian now lives in Arizona, where, most would agree, “legend and fact are inextricably intertwined.” Here’s hoping he chooses another big topic because we are all ready to saddle up and ride along for another adventure in yesteryear.

Rangers of the Grand Canyon State 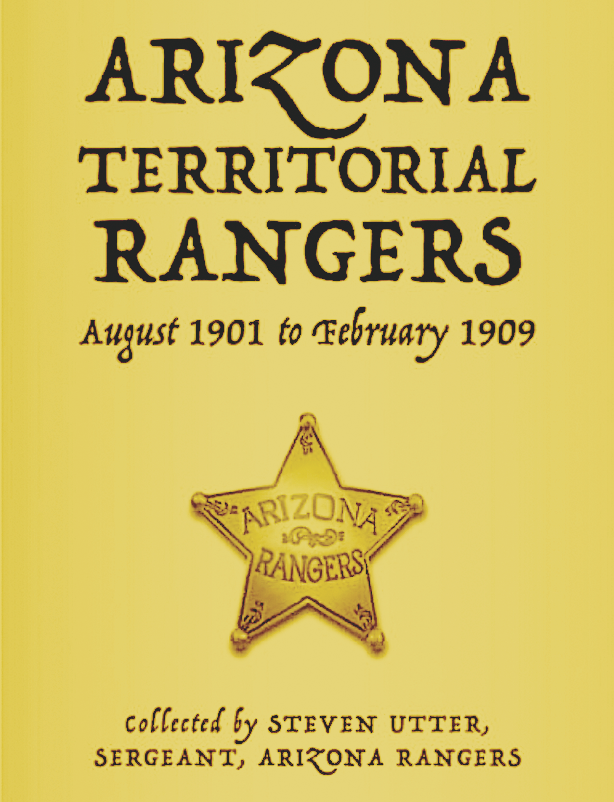 The Arizona Rangers were a short-lived law enforcement agency formed to finally bring law and order to Arizona Territory following a failed attempt at statehood. Author Steven Utter, a sergeant in the modern Arizona Rangers, has written and compiled the most expansive and important book on the subject ever published. Arizona Territorial Rangers: August 1901 to February 1909 (Self-published, $27.97) is an impressive 440 pages and has nearly every document, photograph, newspaper article, dispatch and other pertinent information on the Arizona Rangers available. Where Utter excels is the inclusion of many maps and photographs of Mexico where the Rangers had violent encounters. Arizona Rangers is one of the most significant contributions to Arizona history in many years and should be a focal point in any library of the West. 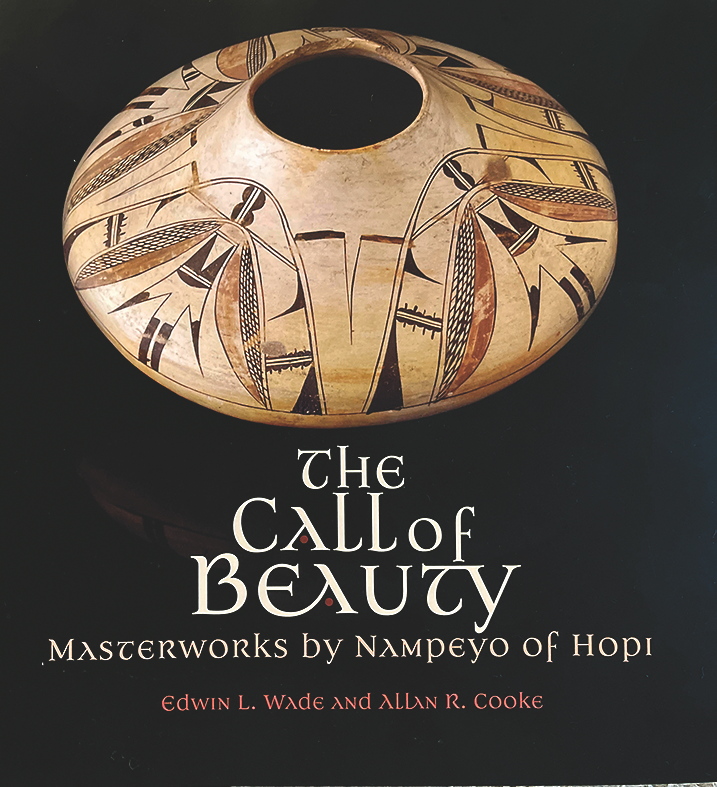 The Call of Beauty, Masterworks by Nampeyo of Hopi by Edwin L. Wade and Allan R. Cooke (El Otro Lado Press, in association with Western Spirit: Scottsdale’s Museum of the West, $39.95) is a beautifully written and sumptuously illustrated book on this extraordinary artist, who lived circa 1860-1942. While Nampeyo’s life and times have been discussed before, this book concentrates on her artistic vision, her transformation of ancient Hopi pottery traditions, her technical innovations and her worldview, making the case for Nampeyo as an important world artist—and, in essence, a modernist. Wade writes, “Nampeyo created an aesthetic, intellectual, and emotive portal into the core of Hopi experience, but also into the transcultural experience of beauty.” Some of Nampeyo’s finest works reside in the Allan and Judith Cooke Collection of Hopi Pottery, on view at Western Spirit: Scottsdale’s Museum of the West. 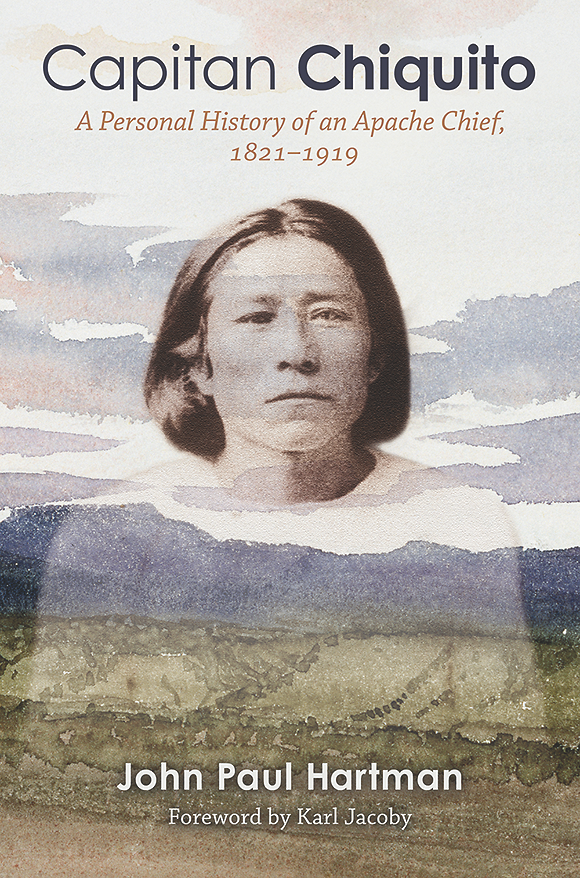 When John Paul Hartman married his wife, he also married into her Apache family which included a direct and recent lineage to chief Capitan Chiquito of the Aravaipa band. Hartman later worked for years on the San Carlos Apache Reservation before setting out to tell the story of Capitan Chiquito in this incredible new book. Deeply researched and lovingly told, Capitan Chiquito: A Personal History of an Apache Chief, 1821-1919 (Texas A&M Press, $35) is not only a critical addition to Apache studies, but a lesson in how to write family history. Hartman looks at his subject with an objective eye and does not cower away from ugly details, but at the same time pays homage to his wife’s ancestor in a way that reveals who Capitan Chiquito was as a man and who he was to the Apache people. 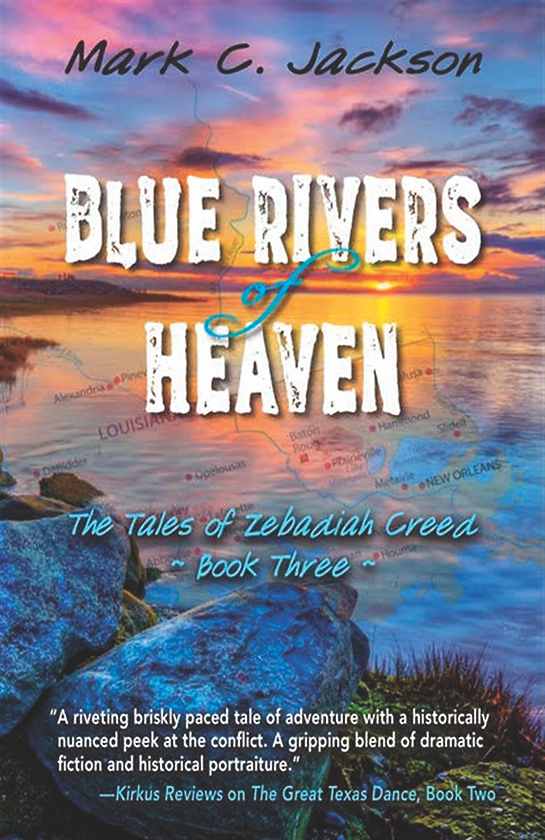 Follow the continued  adventures of Zebadiah Creed, a wilderness-hardened man with a code of honor, in Blue Rivers of Heaven, Book Three (Five Star, $25.95) by Mark C. Jackson. With storytelling at its best, Zebadiah, protagonist and narrator, spins tales of his daring exploits. Well-crafted descriptive writing takes on a lyrical tone framed within the context of the 1836 era. Vivid scenes emerge for the reader depicting the sights and sounds of river and plantation life and the surrounding New Orleans area. Loyalty, betrayal and friendship fuel acts with deadly consequences. Characters find they are beholden to the choices they make impacting their lives. Readers will have to decide for themselves if Zebadiah’s life comes full circle finding redemption and forgiveness or might there be more greater tales to be spun.

A Q & A with Western Writer Roy B. Young

What inspired you and Kurt House to write Chasing Billy the Kid: Frank Stewart and the Untold Story of the Manhunt for William H. Bonney?

I was recently retired from a 50-year church ministry when Kurt hired me to do research on a pistol he had purchased. It had two mysterious engraved initials on the pearl grips, “F S,” and came with an old affidavit giving the pistol’s provenance, starting with a man named “Frank Stewart.” My assignment: research the name Frank Stewart and see what we can learn about him. As it turned out, the research became a lengthy and detailed book.

How and why has Frank Stewart been overlooked for so long?

From Pat Garrett’s biography of Billy the Kid to books and articles of this day, Stewart has barely been mentioned. It is not unusual that early biographers place themselves in the forefront of a story, and most later writers on Billy the Kid simply followed Garrett’s lead and put Stewart in the background. 1880s New Mexico newspapers related the truth that Stewart and Garrett were co-leaders of the posse that captured Billy and the boys at Stinking Spring. Had Stewart later killed Billy, rather than Garrett, Stewart would be the main man of the stories still being told to this day.

What triggered your initial interest in writing about law and order in the Southwest?

For Kurt, it was mainly growing up with factual stories, told to him by his father and grandfather, about Texas Rangers and the outlaws/lawmen of South Texas. For me, it was learning at age 12 that my ancestor, Frank Stilwell, killed Morgan Earp and that two days later Wyatt Earp and Doc Holliday killed Frank. Plus, I have some 25 blood relatives who served as Texas Rangers, from the first appointed in 1823, Tumlinson, Sowell, Turner and more.

How many miles and days off road did you all spend tracking Frank Stewart?

During almost five years of intensive research and study, we set aside most everything else related to our love of Old West history (except my duties as editor of the WWHA Journal) and concentrated on the Stewart story, as well as pulling in everything we discovered that was new, or under-covered, on Billy the Kid and his cohorts.

How should we remember Frank Stewart/John W. Green?

Frank Stewart (alias of John Wallace Green) should be remembered as equal to Pat Garrett in capturing the Kid. One of the main tenets of this book is to rectify the historical record that virtually ignores Stewart and his dedication, tenacity and bravery as detective of the Canadian River Cattlemen’s Association. We saw a “hole of inaccuracy” in the published accounts ignoring Stewart’s important role. He was a hero who had never received his due; he died virtually destitute, never receiving much reward or proper recognition.

What’s next for the research and writing team of Roy Young and Kurt House?

After we each complete long-standing projects: Kurt on Colt’s first double-action pistol, the Model 1877, and Roy on the biography of Frank Stilwell, we are especially interested in learning more about Tom Folliard and Billie Wilson (David Anderson), friends of Billy the Kid. Also, we are planning to team up on a biography of the little-known cowboy/outlaw/lawman Gus Gildea.

Linda Wommack, a contributing editor for True West magazine for 27 years, has written 16 books on Colorado history, her native state. She is a three-time winner of the prestigious Will Rogers Medallion Award and a two-time winner of the Wild West History Association’s Six-Gun Award for best general article on the West. She is a member of Women Writing the West and serves as its DOWNING Journalism Award Chair.