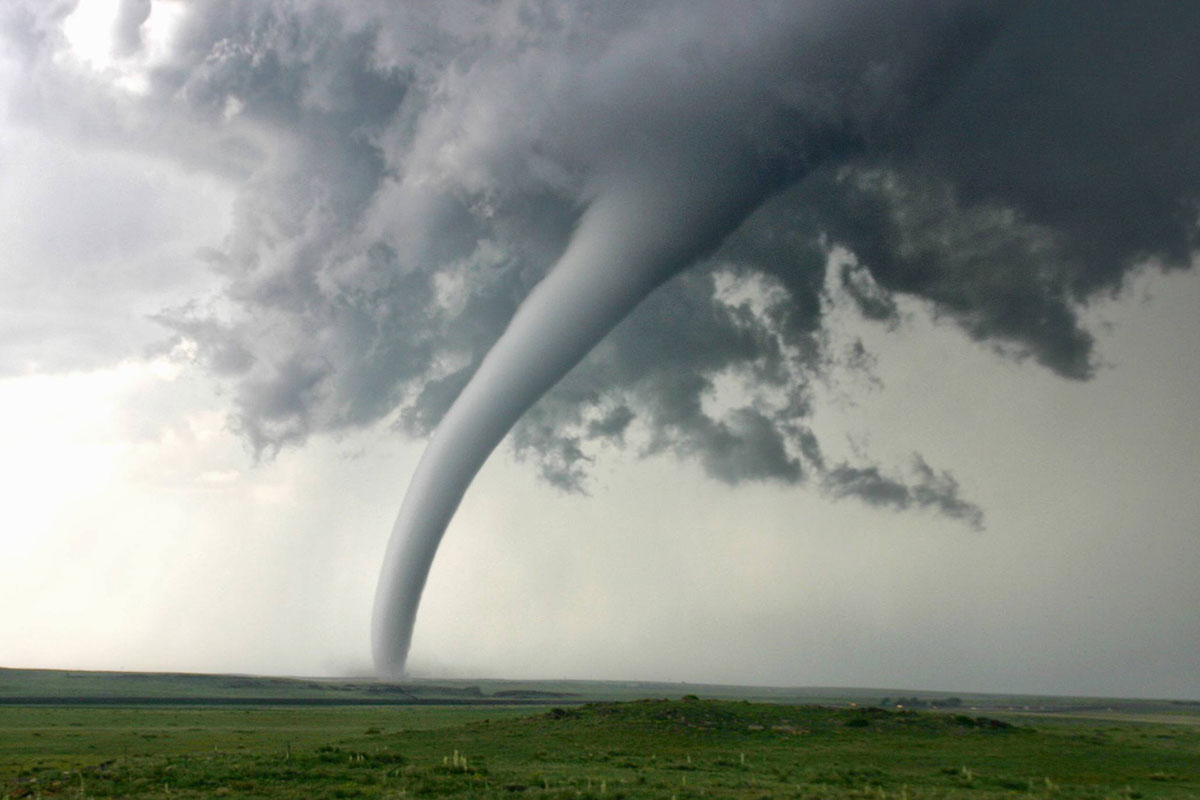 There were tornadoes, range fires, floods and earthquakes in the ancient times same as today. The Natives didn’t have written languages and their histories were stories passed down by elders, markings on walls (pictographs and petroglyphs.) There’s no way to get an accurate account of Indians who perished in these natural disasters but there likely were considerable losses.

I found one Indian account of a tornado. A Kiowa named Iseeo told an anthropologist his people called them Mankayia. Mankayia was a great medicine horse or horse-like spirit. Iseeo was returning from a raid against the Utes when they encountered a tornado near
the Washita River in Oklahoma.

When a large, black cloud moved towards them the warriors dismounted and prepared for a hard rain. Iseeo recalled hearing a roar that sounded like a buffalo in rutting season. Suddenly a sleeve appeared descending from the cloud and a tremendous funnel tore
through the timber along the Washita, hurling trees into the air. The young braves wanted to run away but the older ones drew their medicine pipes and lit them. They raised the pipes to the storm spirit asking it to smoke and go around them. The cloud heard their prayers and passed them by.

It’s difficult to say if these natural disasters have increased in frequency or strength because the study of these monster storms is still relatively young but one things for certain, they’ve always occurred and they always will. Today, we live in an age when a
disaster occurs the whole world knows about it instantly. It wasn’t long ago that when a tornado hit folks in another part of the country wouldn’t be aware of it. It’s kinda like that old saw, “if a tree falls in the forest and there’s nobody there to hear it, did it make a sound?”