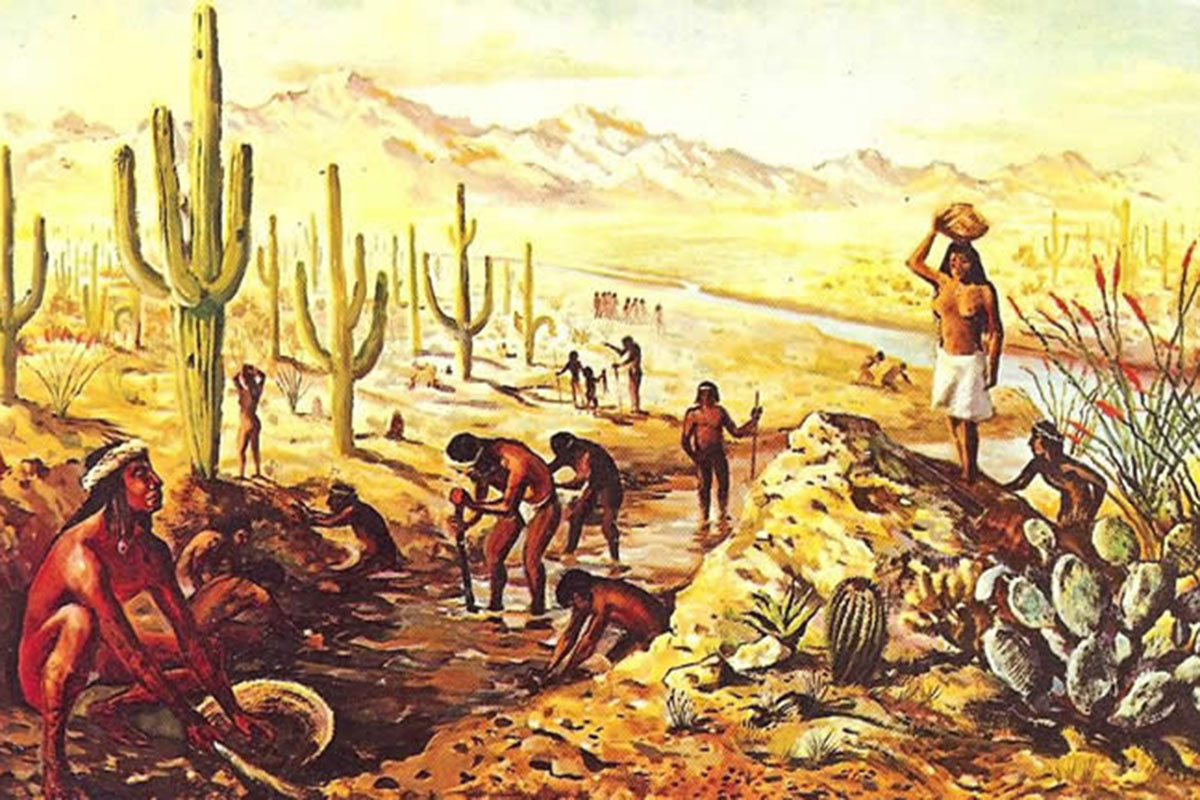 Recently I was asked why prehistoric peoples, those who were here before the arrival of the Europeans, weren’t more accomplished in the field of science.

On the contrary, Native Americans and their ancestors were very educated and inquisitive. Take for example the Hohokam in prehistoric Arizona’s Salt River Valley. They developed a complex system of canals to irrigate their fields. Twentieth century engineers
have marveled at their engineering skills despite the fact they had no sophisticated instruments nor beasts of burden. They grew abundant crops and lived well thus giving them time to develop their arts and crafts. Their pottery was some of the best in the world. They even had time to construct ball courts for sports events. They built a four-story “skyscraper” made of adobe. The building also had a calendar that told them when to plant their crops. In the east and center walls were two holes. A beam of sunlight will penetrate through the east wall and enter a hole in the center wall in early March and again in early October.

Similar calendars have been found in other prehistoric dwellings. In New Mexico’s Chaco Canyon Pueblo Indians constructed stone buildings between A.D. 900 and 1150 that were the tallest in America after structural steel came along in the late 19th Century.

Evidence of the science of archaeoastronomy has been found. Many of the buildings may have been aligned to capture solar and lunar cycles.

Cities in cliff dwellings such as Betatakin at the Navajo National Monument in northern Arizona were built in natural impervious domes on the canyon’s north side that provided sunshine in the winter time and shade in the summer.

In other areas, artifacts made with copper have been found. Items made with gold were mostly for religious or prestige. Metallurgy was created in Europe out of necessity for transportation, warfare and agriculture. Why wasn’t it developed in the Americas? There was no demand. It’s been said “Necessity is the Mother of Invention.” Until the arrival of the Europeans there was no demand, therefore no need.