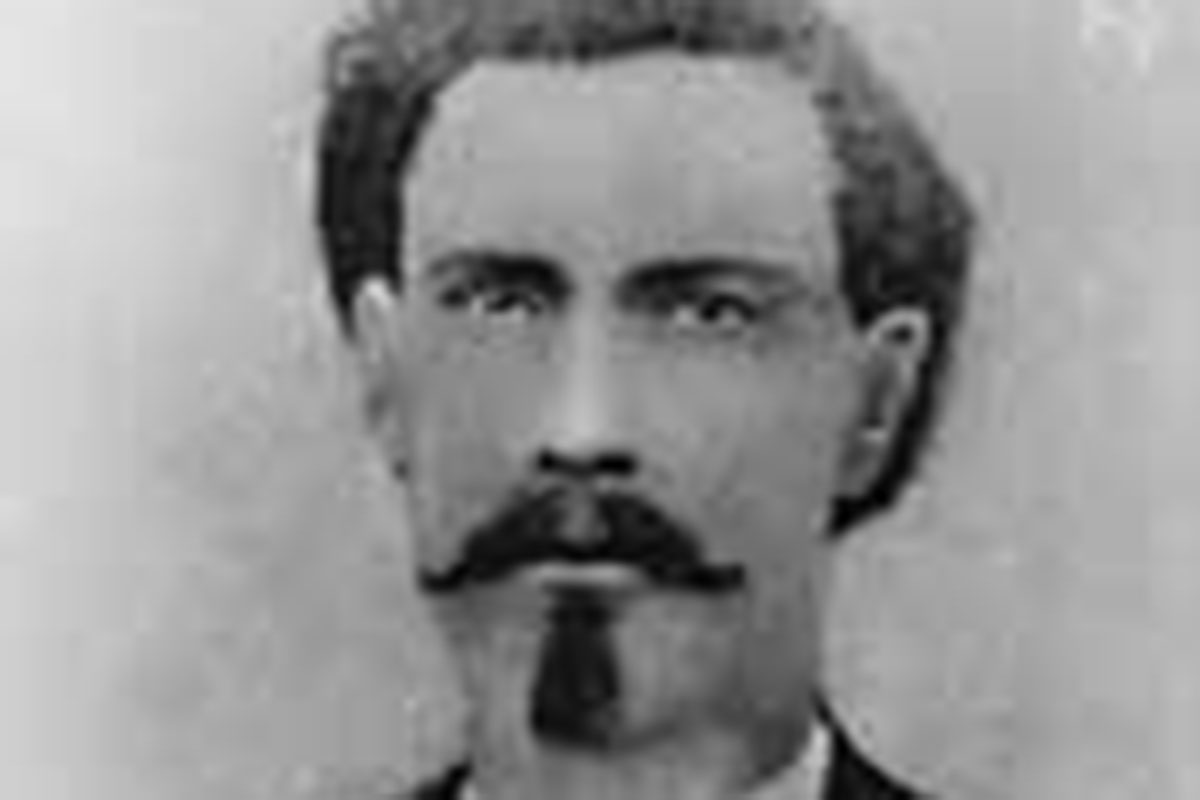 Bill Longley has been called one of the deadliest of gunfighters, unpredictable, ruthless and quick with both his gun and temper. His ambition to be “badder” than John Wesley Hardin was his prime motivator. Many of his victims were Blacks, carpetbaggers and those
he suspected of being Yankee sympathizers. Ex-Confederate soldiers and Southerners, mad at the harsh treatment handed them by Northern carpetbaggers created a volatile environment in the Post-War years.

Some sources say Longley killed a black man who insulted Miss Forsythe in Comanche Co. in 1874 while others don’t mention it. Other sources say during 1874 he killed four black men but no details or mention of a Mrs. Forsythe.

Longley bragged he’d killed 32 men however, some of them were unarmed and the numbers were probably embellished.

During the late 1860s, while riding with the Cullen Baker gang in Arkansas, Longley escaped hanging by vigilantes for stealing horses. After they strung him up and were riding away one of them turned fired a shot at Bill, missed and hit the rope, causing it to break.

Over the next few years the number of his killings continued to add up. One time he shot a preacher while the reverend was milking his cow.

The law finally caught up with him in 1877. He was tried, convicted and hanged again, this time legally, on October 11, 1878 in Giddings, Texas. Bill almost succeeded in beating the Grim Reaper again when the hangman left too much slack in his rope. His body dropped eight feet — and then some — until his feet were touching the ground.

The quick-thinking sheriff, along with some guards grabbed his feet and held them off the ground until he strangled. This “procedure” took almost twelve minutes for Bill to finally meet his maker. Before his sentence was carried out Longley wrote the Governor of Texas asking for clemency, protesting that John Wesley Hardin had killed forty men and was sentenced to twenty-five years while he’d killed “only” thirty-two men and received the death penalty. The governor didn’t respond.

Resigned to his fate, just before he climbed up on the scaffold Bill was baptized into the Catholic Church.

His family later claimed a bribe was paid, his hanging had been faked and Bill escaped to California. However, DNA tests were taken in 2001 at the Smithsonian Institute in Washington D.C. that proved Bill was indeed executed in 1878.

Postscript: A few years ago I wrote Texas historian Rick Miller how many men did Bill Longley actually and he replied:

While Longley was in jail facing the hangman, his “autobiography,” fed to the Giddings, Texas, newspaper, credited him with killing thirty-two men, some of them Union soldiers and others. The point of my book was to track down and attempt to corroborate those claims, one way or the other. I documented only five: Green Evans (a former slave on his way to visit a relative), Wilson Anderson, (a former boyhood friend who was plowing a field, and the crime for which Longley was executed), George Thomas (a young man on a hunt in Waco), Lou Shroyer (a fellow gunman in the Uvalde area), and the Rev. William Lay (who was ambushed while milking a cow in a dispute over a girlfriend).

The rest appear to be boasts in order to best the killing record of John Wesley Hardin. There were some periods I could not account for him, he being a fugitive roaming under an alias. When his death sentence was affirmed, Longley sought to shed his self-anointed title as the “worst outlaw in Texas.” So, to describe any of his victims as “carpetbaggers and Yankee sympathizers” is probably inaccurate, the origin of such claims being his idle boasting.