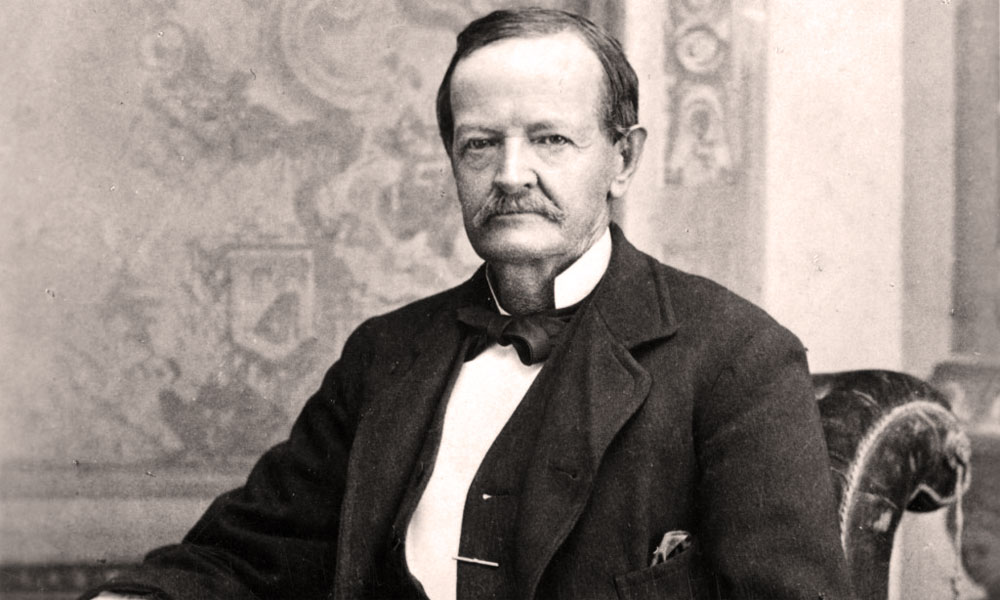 In a sense, Pete Kitchen represented Arizona’s transition from lawless frontier to civilization.  In 1861, the U. S. Army was withdrawn from Arizona to fight in the Civil War that raged in the East.  The Apache and other lawless elements seized the opportunity to ravage the settlers in Arizona.  Travelers were murdered daily on the roads leading out of Tucson. The bloody road that passed by Pete’s ranch was christened, “Tucson, Tubac, Tumacacori, To Hell.”

Pete’s ranch on Potrero Creek became the only safe haven between Tucson and the Mexican village of Magdelena.  Located atop a hill with a commanding view in all directions, his ranch house became a veritable adobe fortress.  It was extremely difficult for an enemy to approach, and Pete had a sixth sense about Apache warriors and border bandits.  Pete’s ranch sat on a main Apache plunder trail along the Santa Cruz River, five miles north of present-day Nogales.  With the Apache on one side and Sonoran bandits on the other, the ranch was under siege much of the time.  Despite the danger, Pete and his hired hands raised corn, cabbage, potatoes, fruits, melons, and hogs on over a thousand acres of rich bottom land.  His hams were famous throughout the southern part of Arizona and New Mexico.

Pete Kitchen was born in Covington, Kentucky in 1822. He served with the U. S. Mounted Rifles during the Mexican War and arrived in Tucson in 1854 the same year the Old Pueblo became part of the United States.  During this time Pete became an expert marksman with a pistol and rifle.  He once put a bullet through an Apache warrior from 600 yards away. His wife Dona Rosa was said to have been nearly as good with a rifle as he was.  When the alarm was sounded, she would tie up her skirts so they fit like trousers, grab her rifle and give the Apache a reception as hot as the Mexican chili she served.  Together, they defended their ranch from the banditry and Apache alike.

The Apache made many all-out attacks in an attempt to drive him out.  They murdered his young stepson, and killed his foreman.  Several times they tried to burn his house, and once they made three major attacks within a twelve-hour period.  All were driven off by Pete, Rosa and the rest of his sharpshooters from the parapet of his ranch house.  Finally, in frustration, and to restore some lost pride they did something that must have annoyed Pete more than anything else they could have done.  They began shooting arrows into his prize hogs, turning them into, as one observer noted, “walking pincushions.”

The Apache did everything they could to drive him away but there he stayed; unconquered and unconquerable.  Pete and his outnumbered outfit stubbornly fought back against their relentless foe until sometime in 1867 when the Apache decided to alter their plunder trail and cut a wide circle around his ranch. At length they came to recognize Pete as an enemy worthy of their respect and a man better off left alone.

He beat the Apache at their own game, on their own ground, and they knew it.