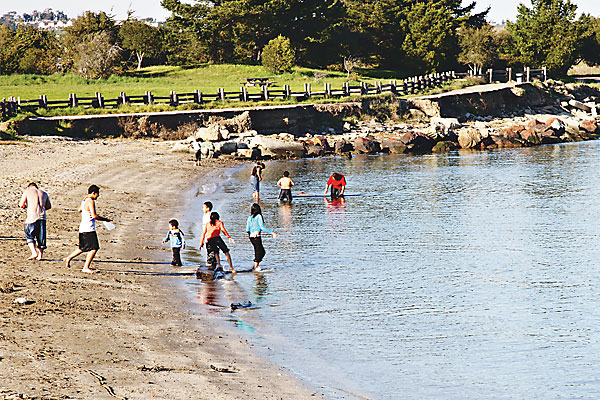 Citizen action led to the creation of the California State Parks system more than 100 years ago—and similar action has given it a reprieve, at least for now.

Let’s go back to 1899. Andrew Hill, a photographer from San Jose, was taking pictures of some ancient redwoods near the Santa Cruz Mountains. The landowner accused him of trespassing, ordered him to leave and demanded the negatives. Hill refused—and decided to lead a movement to save the trees and make them accessible to the general public. By 1902, California opened its first state park—Big Basin. The California park system is now the largest in the U.S. with 270 properties totaling more than 1.4 million acres.

And this year, it almost shut down.

The culprit: state budget problems. California is currently running a deficit of about $16 billion (and it could be higher by the time you read this). Many politicos refuse to consider tax increases; they favor program cuts, across the board.

So earlier this year, Gov. Arnold Schwarzenegger proposed a budget that sliced 10 percent from every state department. Public schools lost $4.8 billion. Welfare programs were cut by $2.7 billion. State parks were slated to take a relatively small hit at $13.3 million.

To get there, the Department of Parks and Recreation planned to close 48 parks. Among them: Sutter’s Fort?SHP, where folks like Kit Carson and survivors of the Donner Party stayed when they reached California; the Benicia Capitol SHP, which served as the seat of government in the early 1850s; the recently renovated, 1877 Governor’s Mansion in Sacramento; and the Will Rogers SHP in Pacific Palisades. The sites were chosen based on number of visitors, annual revenues and geographic location.

But then the cavalry arrived—courtesy of the California State Parks Foundation (CSPF), a 95,000-member nonprofit that works to protect and advocate for the state parks. That organization started a grassroots Save Our State Parks (SOS) campaign to get the funding restored. Thousands of individuals, businesses, interested groups and local governments signed petitions, attended rallies and lobbied lawmakers.

Apparently, Gov. Schwarzenegger listened.  On May 15, his revised proposal put back $11.8 million in spending on the parks. The remaining $1.5 million will be raised by fee increases. That’s all well and good—provided that the money is included in the final budget, which is still the subject of fierce debate throughout California.

That’s not the end of the big hurt, though. CSPF head Elizabeth Goldstein says the system is already under the gun: “State parks have actually been suffering a significant decline in funding over the last two decades. For a number of years, they’ve been underfunded by between 40 percent to 50 percent.”

Beyond that, the foundation estimates that deferred parks maintenance totals about $1 billion, which means that historic structures are not being properly maintained. Deterioration, Goldstein says, is already apparent to the average visitor.

It’s no wonder that the California State Parks were just named to the National Trust’s 2008 list of endangered places.

Goldstein points out that the state’s budget problems have been growing in recent years. If the governor and legislature don’t come up with some long-term solutions, that trend will continue.  That means the parks may face more cuts next year, and the next, and the next.

The SOS campaign will continue to keep the parks in the public eye and on the agendas of lawmakers, Goldstein promises. The situation, she says, is still dire, especially given the maintenance issues and underfunding that are already hurting the system.

How ironic that a photographer was the driving force behind the creation of the California state parks. In the worst case scenario, pictures may soon be the only way for people to enjoy California’s historic and beautiful parks.