The Westerner/Man of the West 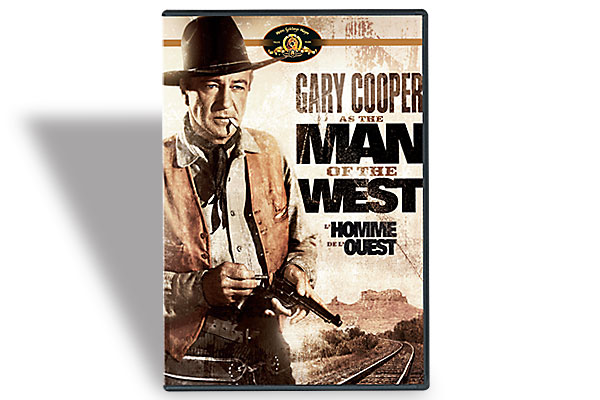 Although Walter Brennan won his third of three supporting actor Oscars—still the record—for his part as the “mangy old scorpion” Judge Roy Bean in 1940’s The Westerner, it’s probably more accurate to say Gary Cooper did most of the supporting. It’s Brennan’s picture from the get-go, and it’s impossible to imagine any other actor capable of bringing so much charm and likability to so despicable a character as the “Hanging Judge.”

The Westerner is a classic in every sense, beginning with the title. Story-wise, it’s about how the local hanging judge, an ex-Confederate infantryman, settles in Vinegaroon, Texas, after the war and sides with the local cattlemen in ruthlessly driving out the homesteaders who want to farm a section of the land.

Cole Harden (Cooper) is a saddle tramp who wanders into town on his way to California and finds himself on trial for being on a horse stolen from Chickenfoot, one of Bean’s men. Bean promises Harden a fair trial before he’s hanged. The courtroom/barroom scene where Harden and Bean begin to bond over a few bottles of acid-strength whiskey, and which ends the next morning with the two hungover men sitting in the dirt outside of town, is Hollywood magic at its absolute best.  Great writing, great acting, terrific direction by William Wyler and Gregg Toland’s brilliant cinematography are all reasons why this is one of the rare Westerns to claim an Academy Award.

I find it hard to name a single character actor other than Brennan who did more for the leading men he worked with, whether it was Cooper (Sergeant York, Task Force, Meet John Doe, The Pride of the Yankees), John Wayne (Red River, Rio Bravo), James Stewart (The Far Country) or as the lovable rummy Eddie, opposite Humphrey Bogart, in To Have and Have Not.

Another Gary Cooper Western which is available for the first time on DVD is the remarkable Anthony Mann-directed Man of the West. This 1958 film is a classic in a much different sense than The Westerner.  Cooper was nearly 20 years older, and his Western character had evolved, had survived High Noon (1952), and was now a very close cousin to Clint Eastwood’s Will Munny in Unforgiven (1992). The deep melancholy in this picture is every bit as dark, or even darker, than John Ford’s The Searchers, which came out two years earlier in 1956.

It tells the story of a man, Link Jones, who, like Munny, had left a wild and violent past behind him and was now settled into a remote community where his history was either unknown or forgiven. As the story begins, Jones has been sent back into the world to fetch a schoolteacher for the town. He finds out that his past is not so remote as he would have liked to believe.

He discovers that his old mentor and father figure Dock Tobin (Lee J Cobb), who is every bit the scorpion that Roy Bean was and then some, is still robbing and pillaging, but with a gang of miscreants who are all that’s left as the age of the outlaw, that of these outlaws certainly, is coming to an end. Tobin and his gang demonstrate a level of sickness and perversity that is uncommon to most Westerns, especially those that were the rage on TV at the time. American audiences would have to wait for the Italians to reintroduce characters this vile in the Spaghetti Westerns of the next decade.

Man of the West is an adult Western, no less serious or sober than Unforgiven, which owes the picture a considerable debt. Watching Cooper in this film and The Westerner is a lesson in the history of the actor and the Western itself.