The Notes from Nome 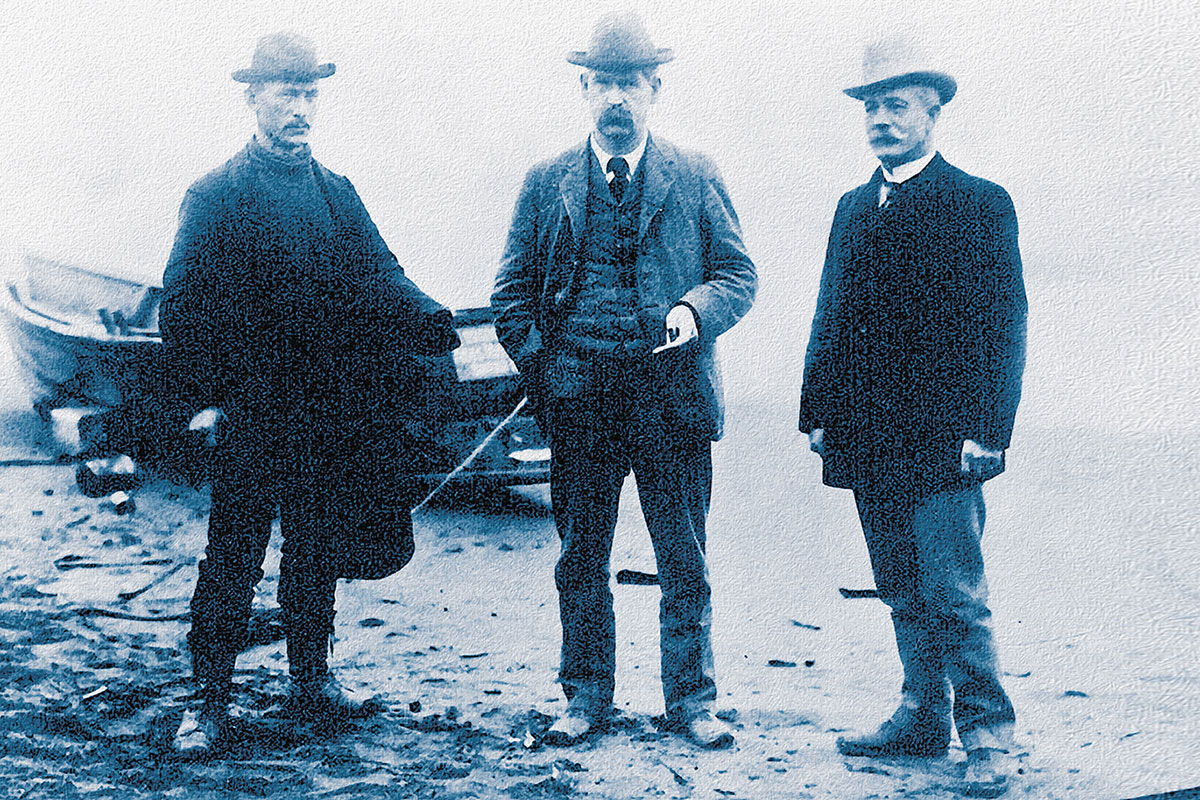 Three old friends gathered in the fall of 1900, each brought to Nome, Alaska, by circumstances surrounding the Gold Rush. They were 20 years and thousands of miles from where they’d first met, in the much warmer climes of southeastern Arizona. But those long-ago events were a major part of their talks.

Tombstone was the town where they’d become acquainted, around 1880. Wyatt Earp, gambler and lawman. John Clum, mayor and newspaper editor. George Whitwell Parsons, mining agent, librarian and diarist. In Nome, Earp was a saloonkeeper. Parsons was visiting on business. Clum was postal inspector for the territory.

And for about 10 days, they enjoyed a reunion. How do we know what they talked about during the Alaska days? Parsons’ ever-continuing diary, in which he kept basic notes of daily events.

August 27: The three gathered at The Dexter Saloon, which Earp owned with Charlie Hoxie. “Strange sight—Earp dealing faro in corner, rough miners and some joining in the chorus. Strange mixture.”

But there was also talk of the old days.

August 30: “John Clum…and I had an oldtimer with Wyatt Earp tonight at his place [the Dexter Saloon], a regular old Arizona time, and Wyatt unlimbered for several hours and seemed glad to talk to us who knew the past. It was a very memorable evening.”

The usual image of Earp is of a fairly closed-mouthed guy, not terribly forthcoming about himself or his deeds. But apparently, in the company of old friends, in his element at a saloon and gambling hall, he let his hair down.

Now Parsons didn’t give details on exactly what stories Earp shared. Did he talk about the street fight behind the O.K. Corral? The murder of brother Morgan and crippling of older sibling Virgil? The Vendetta Ride? Doc Holliday?

Did Wyatt get the details right? Or were they colored by his biases and passage of time? Questions…unanswered.

And they would remain so for more than two decades, when Earp would sit down with John Flood in an attempt to provide his story. And when that effort failed, Earp and wife, Josie, worked with Stuart Lake on what turned out to be Wyatt Earp: Frontier Marshal (published in 1931).

And both of those got things wrong. Either because Wyatt provided inaccurate information or because he provided little or no information, and the writers decided to fill in the blanks.

Which puts an even stronger spotlight on one of Parsons’ Nome entries from 1900, this one from September 7. “With Clum and Earp awhile tonight. John goes out on St. Paul [a ship]. Witnessed Earp’s and Clum’s stories [as] signatory.” Parsons clarified the next day: “The signatures I witnessed last night or tonight, I don’t distinctly remember which, are to Earp’s account of his adventures.”

Which adventures? Did he record the Arizona stories that he’d shared just nights before with Clum and Parsons? Why did Earp decide to write things down at this point?

We just don’t know. They were never mentioned again. And they haven’t been discovered.

Clum, Earp and Parsons all ended up in Los Angeles in the mid-1920s. By then, Wyatt was seeking help in preparing his autobiography. There were no more entries about Earp and an “account of his adventures.”