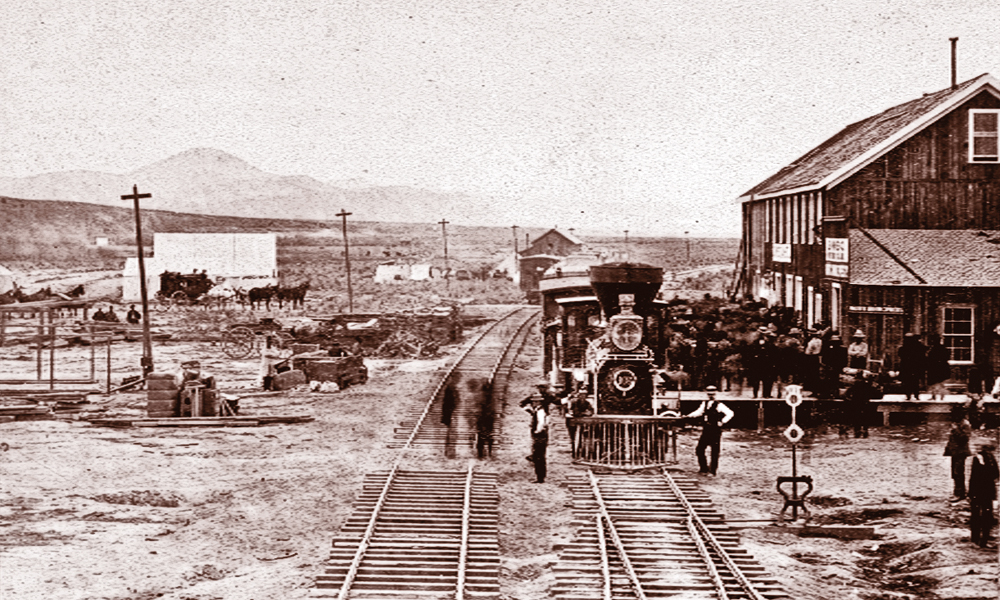 Elko got started in 1868 as a railroad town along northeast Nevada’s Humboldt River. But calling it a town might’ve been stretching the matter. It consisted of tents along the Central Pacific Railroad, its inhabitants mainly men with no past, a hardscrabble future and a propensity for easy violence.

In 1869, one resident wrote: “There were all sorts of games and vices in progress and only two men were killed the day I arrived.”

The modern version of that wild settlement keeps a healthy grip on the good parts of its past, evident in museums, stores, restaurants and annual festivals.

When we say poets, we mean characters. Elko’s sidewalks become a blizzard of buckskin and Wyatt Earp mustaches, affording the best people-watching west of the Pecos. Be sure to visit the Center’s Black Box Theater to see a documentary featuring cowboys talking about their way of life and the poetry it inspires.

Many of Elko’s celebrations occur in summer, beginning with the Mining Exposition in June. The city closes two downtown streets to accommodate one thousand booths where mining companies  show off their supplies, equipment and services.

Mining helped frontier Nevada grow. The state still produces 79 percent of America’s gold and the majority of Elko’s population, about 20,000, works in the industry.

After that, don’t miss the Motorcycle Jamboree and the Silver State Stampede rodeo. In August, there’s a county fair with six days of horseracing, and in September a classic car show and balloon festival.

One unique event, held the weekend closest to July 4th, is the National Basque Festival in honor of the Basques from France and Spain who emigrated to the West in the 19th century to herd sheep.

The bash features shows by the traditional Elko Arinak Dancers, a troop formed in 1968. Elko still has a sizable Basque population and three restaurants serve customary dishes, such as baked lamb with Pechon Punch, the so-called Basque cocktail.

The powerful drink contains grenadine, club soda, brandy, a bitter French aperitif and a lemon peel. “The first one makes you pucker up, and after that you can’t taste it anymore,” jokes Don Newman of the Elko Convention and Visitors Authority.

Downtown, visit J.M. Capriola & Co., famous for its saddles by the talented Mexican-born craftsman Armando Delgado. The store also has Garcia bits and spurs made in the vaquero tradition and a museum featuring old saddles, historic rodeo photos and cowboy duds worn by the Babe Ruth of rodeo, Jim Shoulders.

“Cowboys from all the big ranches around Nevada shop here,” says clerk Wanda Krenka. Looking for a handmade canvas bedroll for those bone-cold nights on the range? Capriola’s sells them for $255.

At the Northeastern Nevada Museum, visitors see works by Western artist Will James. The museum also holds etchings and watercolors by the often-overlooked Edward Borein, who worked for a time on Mexican ranches and specialized in authentic portrayals of cowboy life.

Exhibits include a reconstructed Shoshone village and a replica wagon encampment, with much of the experience interactive. Visitors can decide for themselves what to load into their wagon for the journey, even what route to take. Should I follow the Donner Party or find a southern route to California?