When Mrs. Satan Ran for President 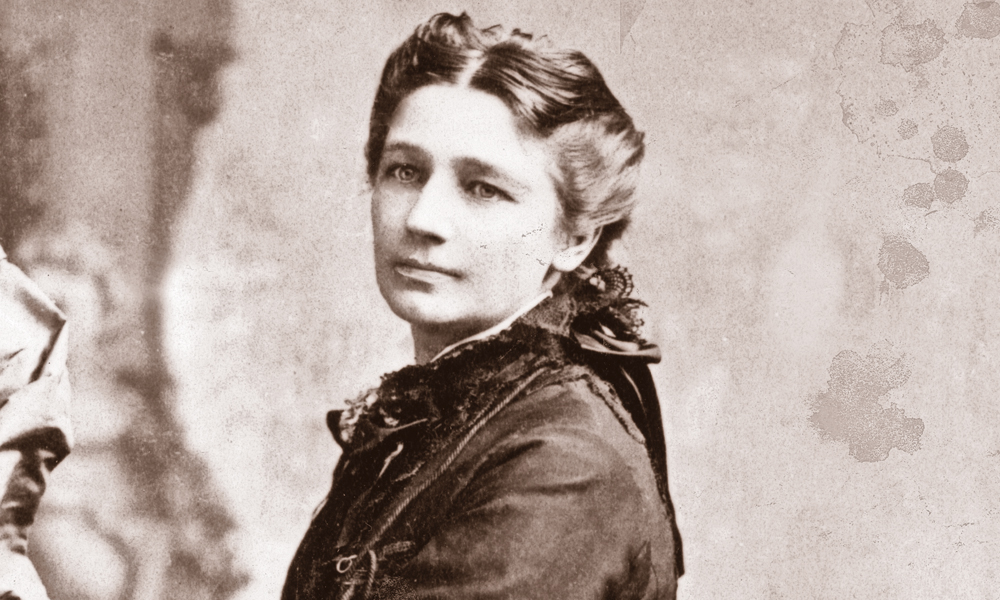 When Victoria Claflin Woodhull died, three months shy of her 89th birthday, news of her passing was announced on two continents.  The press called the controversial writer, stockbroker and politician a “most immoral woman.”  Not only was Victoria the first woman to be officially nominated for president of the United States, but she was also one of the first individuals to have been jailed on federal obscenity charges.

Victoria first found fame in the  paranormal field; in 1849, her father rented a theatre where patrons paid to watch her, age 11, and her four-year-old sister channel spirits of the crowd’s deceased family members. At 15, Victoria wed 28-year-old Dr. Canning Woodhull; their marriage was troubled, as the doctor was an alcoholic and had numerous extramarital affairs. Meanwhile, by 1859, the sister act was annually earning more than $100,000.

In 1866, two years after she separated from her husband, Victoria took their two children, remarried and moved to New York.  She found a financial supporter in Cornelius Vanderbilt, a 73-year-old multimillionaire who consulted spiritualists to communicate with his deceased parents and wife. He helped Victoria and her sister grow their own stock portfolio and establish a brokerage firm. On February 5, 1870, the sisters became the first female Wall Street brokers.

Financial freedom allowed Victoria to pursue her goal to secure women’s suffrage. Due to her preoccupation with spiritualism, however, other influential leaders in the movement, such as Elizabeth Cady Stanton and Harriet Beecher, kept their distance.

In April 1870, Victoria announced her candidacy for president of the United States.  While mapping out her platform, she and her sister began Woodhull & Claflin’s Weekly, a women’s rights periodical that transformed into a tabloid that printed scandalous articles promoting “free love”—freedom for women to marry, divorce and bear children without government interference.

In February 1871, the sisters were sued for misappropriating money from their stockbroker clients, for which they were found guilty of embezzlement. In early 1872, they ceased publishing the newspaper.

Victoria pressed forward with her run for the presidency. On May 10, she was officially nominated for president at the Equal Rights Party convention, with abolitionist Frederick Douglass listed as her running mate. Woodhull & Claflin’s Weekly went back in print.

Six months after the convention, an agent of the Society for the Suppression of Obscene Literature requested the sisters be arrested. They were charged with mailing indecent publications, which carried a penalty of one-year imprisonment and a $500 fine.

Attorney fees led to bankruptcy and the collapse of their newspaper. Victoria’s political party collapsed as well and, in 1878, so did her second marriage. Five years later, she married British banker John Biddulph Martin and moved to England, where she died of old age on June 9, 1927.

Nearly 50 years before women had earned the right to vote, Victoria carved a path in history as a political trailblazer. She walked her talk: “While others prayed for the good time coming, I worked for it.”

Chris Enss is a New York Times bestselling author who has written more than 20 books about women in the Old West. Her latest book is Soldier, Sister, Spy, Scout.